Shaniera Akram also called on the government to immediately close the beach in view of poisonous medical waste on the beach.

Shaniera Akram shared photos of medical waste scattered on the beach and wrote, "She has been visiting the Clifton coast daily for the last four years but she has not been as scared as she is today." That the coast should be closed immediately '.

In another tweet, he wrote, 'They saw 4 dozen open syringes there in just 10 minutes.

He wrote that the beach should be closed until the authorities clean the beach and make it safe for the public because its openness would endanger the lives of the people.

After several tweets from Shaniera Akram, the provincial government was in motion and the government immediately closed the coast and started cleaning.

Right now on Clifton Beach! Please listen to me, this has crossed the line of dangerous! We need to #CloseTheBeachNow #StateOfEmergency #CliftonBeachIsABioHazardZone pic.twitter.com/iLcn1kZLqY

Within hours, the Sindh government had claimed that the beach had been cleaned and some of the existing medical waste was removed.

After being identified by the wife on the beach and cleared on her tweet, former legend Cricketer Waseem Akram visited the same beach and showed that she was now safe and secure.

In a short video on Twitter, Waseem Akram told the beach view that this is the place his wife identified.

Thanks to ⁦@iamShaniera⁩ for initiating this needful campaign and to all government officials and massive thank you to workers who come there every morning to make it look the way it is now . #cliftonbeach #congratskarachi #happydays pic.twitter.com/0NxhyYWnhr

Wasim Akram added that the cleanliness of this coastline proves that if we collectively try to solve any problem, it can be solved.

The former cricketer praised the Sindh government, along with his wife, for the cleanliness of the beach and all those who worked for it.

Waseem Akram also praised his wife's actions while sharing the video and gave them a mansion in a tweet. 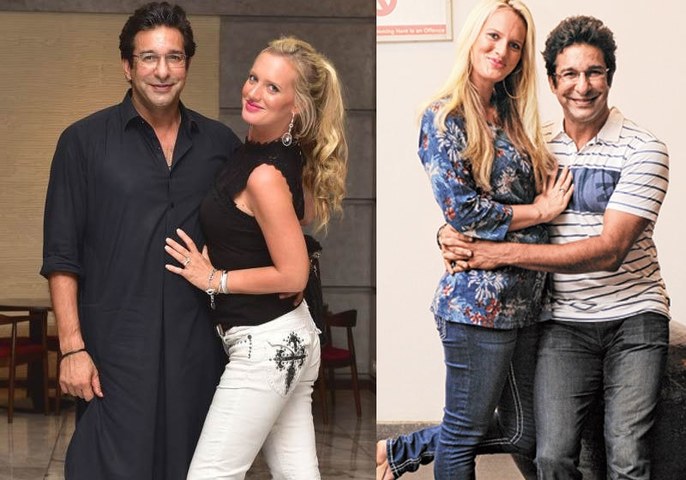 Related Posts
The Queen Elizabeth II's birthday will not be celebrated in the UK
The statue of "Ertugrul Ghazi" erected in Turkey has been removed
Birth of a son of Faisal Qureshi
Sindh Government Released Air Ambulance Money for Omar Sharif
Can't Wear Shorts So Doesn't Work in Film: Sarah Khan's Statement Surprised Everyone
I don't like women in short dresses, Sangeeta
Khalil-ur-Rehman Qamar's use bad language against Marvi Sirmed
Hollywood Stars Who Got Married In 2019