National Assembly member, scholar and TV host Amir Liaquat Hussain, who passed away on the afternoon of June 9, was quoted as saying that he was about to leave Pakistan a day earlier.

Hamza Azhar Salam, editor of The Pakistan Daily, claimed in a tweet on June 8 that he had spoken to Amir Liaquat Hussain, who had told him he had left the country. 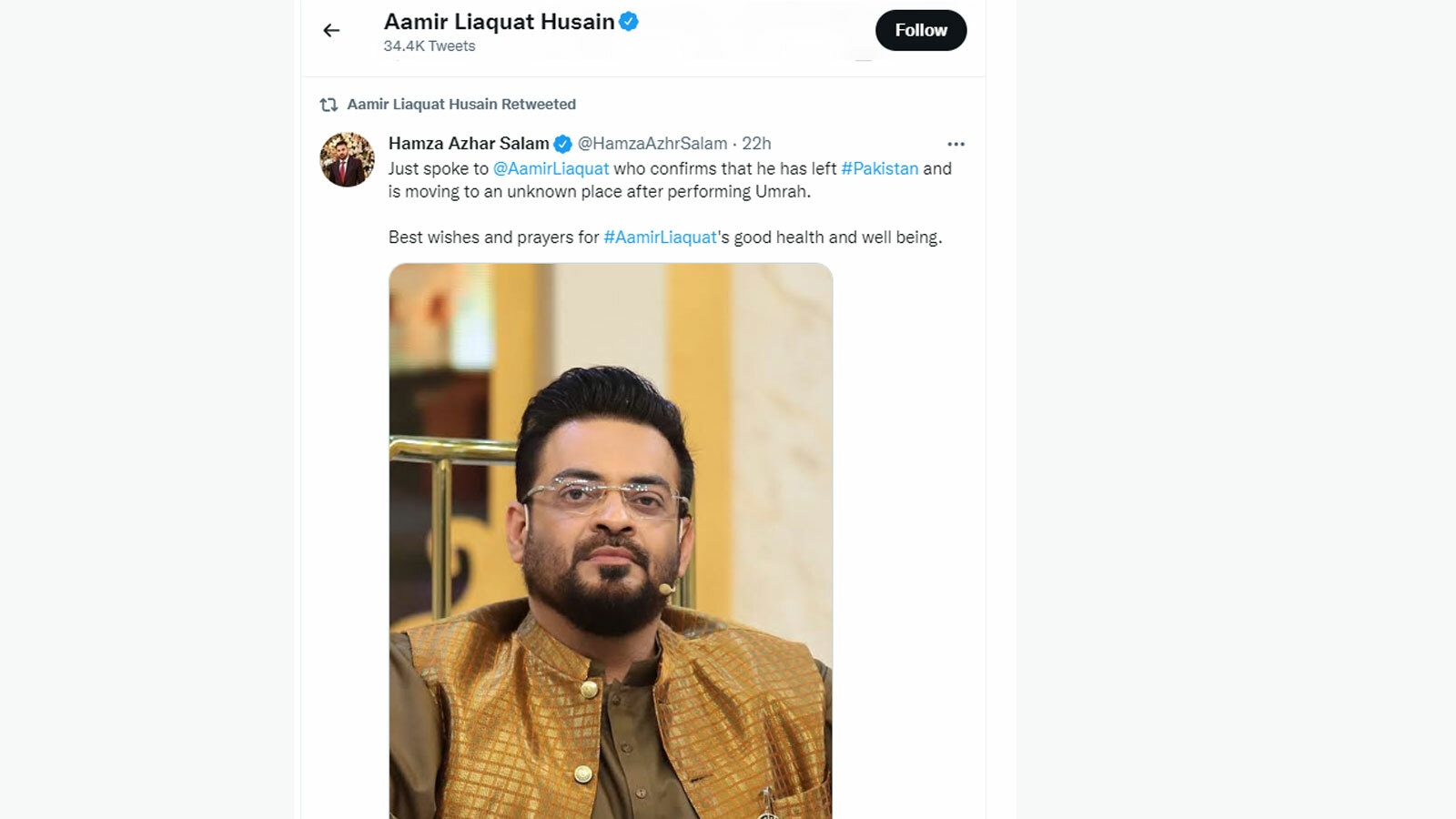 He had said in his tweet that Amir Liaquat had told him that he had left the country to perform Umrah and after receiving the blessings of Umrah he would move to an unknown place.

At the same time, the journalist in his tweet also prayed for the recovery and long life of Amir Liaquat.

The said tweet was also retweeted by Amir Liaquat Hussain and several people commented on the same tweet and also used harsh words for the TV host.

Just spoke to @AamirLiaquat who confirms that he has left #Pakistan and is moving to an unknown place after performing Umrah.

Best wishes and prayers for #AamirLiaquat's good health and well being. pic.twitter.com/Nb4wpCzwY9

However, after the tweet, the news of Amir Liaquat's death on the afternoon of June 9 shocked everyone and most people termed his death as unbelievable.

Following the journalist's tweet, people became concerned that if Amir Liaquat had not left Pakistan, then why did the journalist make this kind of claim? At the same time, it is being said that Amir Liaquat may have made a complete plan to leave the country.

Did Amir Liaquat plan to leave the country or not? Authoritative information in this regard will come only after the police investigation report comes to light, however, they had announced to leave Pakistan only last month.

Amir Liaquat announced his departure from the country after his third wife Dania left the country in May last year, but did not give a date. 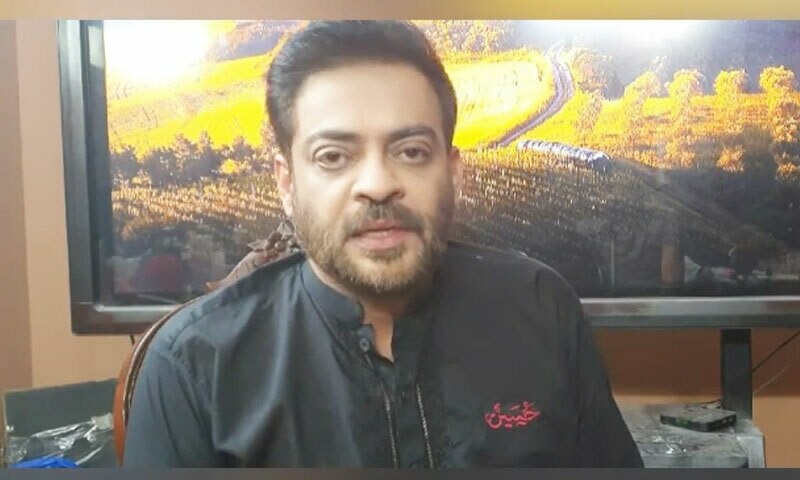 Amir Liaquat Hussain has been facing serious problems in his private life for some time now.

His troubles escalated when his third wife, Dania Malik, released his alleged personal videos after his separation.

Amir Liaquat Hussain was married to Dania Malik in February 2022, before his ex-wife Tobia Anwar confirmed his divorce in February.

Amir Liaquat was first married to Dr. Bushra, with whom he has a son and a daughter, who are over 20 years old. Dr Amir Liaquat divorced Dr Bushra Iqbal in December 2020. Aamir Liaquat had his second marriage with model and actress Tobia Anwar in July 2018 who was many years younger than him and their marriage lasted for less than 4 years. In February, Tobia Anwar had confirmed that he married Aamir Liaquat. However, Amir Liaquat continued to deny it.

Aamir Liaquat was married for the third time in February 2022 to Dania Shah, an 18-year-old girl from Bahawalpur, who had filed for divorce in a local court in early May last year.

Prince Harry begged for a job

Imran Khan If you need us, we are here: Atif Aslam

The End of 'doobara' Won the Hearts of the Fans

Sharing a photo with Adnan Siddiqui, Zainab Abbas got in trouble

Ayeza Khan explained the reason for her Role

Urwa Hocane's Refusal to Explain About Divorce From Farhan Saeed