If anyone is at risk now because of the outbreak of Coronavirus worldwide, it is nobody else but doctors and other medical staff who are at the forefront of this war.

While the whole world is paying tribute to these doctors and nurses, Pakistan's renowned actress Ushna Shah raised her finger on a video of doctors coming to her after which she is facing severe criticism.

Videos of several doctors and other medical staff on social media went viral in which they were seen dancing to relieve their tiredness.

Where people liked these videos so much on social media, actress Ushna Shah wrote in one of her posts, "I am surprised that doctors and nurses are dancing so hard at that time, do they have so much time?" ؟ What do you guys say? ' 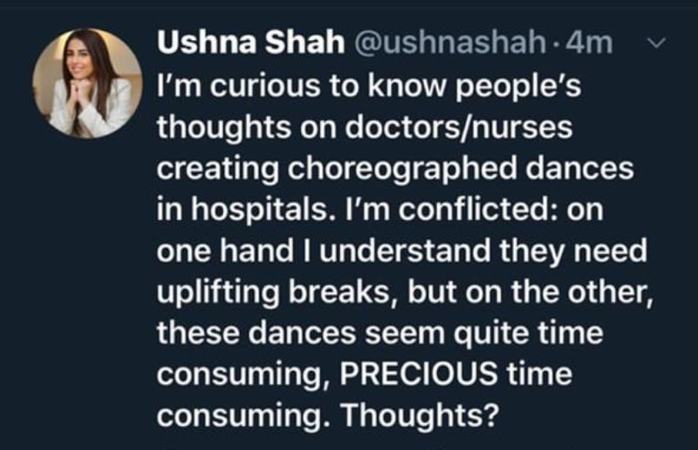 After which the actress was severely criticized on social media.

The actress posted a lengthy post on Instagram in which she apologized for her mistake and wrote, 'I had no intention of hurting anybody's heart, I was just curious if these doctors who had such a hard time Learn to dance, while they must complete their sleep at a time like this. '

The actress appreciated the services of doctors and medical staff and wrote that they are our Messiah and they should rest at that time.

He again apologized, saying that whatever the doctors and medical staff do, they should not have anything to do with it.

Buy Cars Online: A Guide to the Best Car Buying Sites in 2021