Ushna Shah's Clear Answer To Those Who Ridicule The Color

Actress Ushna Shah has given a clear answer to those who criticize her color, saying that her color is very sweet and sensual, why would she make her blonde by applying make-up? Ushna Shah recently shared photos of a trip to the European city of Destin on Instagram, on which fans commented on his color. The actress also shared photos of other cities, including Vienna, the capital of Austria, before Destin, while she also shared photos of her travels and entertainment in Turkey.

However, people mocked her color while commenting on the pictures of the friendly city and in meaningful sentences claimed that maybe the actress has made her blonde by using filters on her face but she forgot to put filters on her hands. One of the photos shared by the actress was one with ice cream in her hand. People in the picture of her ice cream pointed out that the color of her hands was dark and asked them to apply make-up on their hands or use filters there too.

A fan sarcastically wrote to the actress that her hands look so cute, she forgot to put filters there. Another user, while commenting, advised the actress to put make-up on her hands too, she is very black. In the same way, other people also satirized him and gave him taunts of color, to which the actress also gave him a sharp answer. 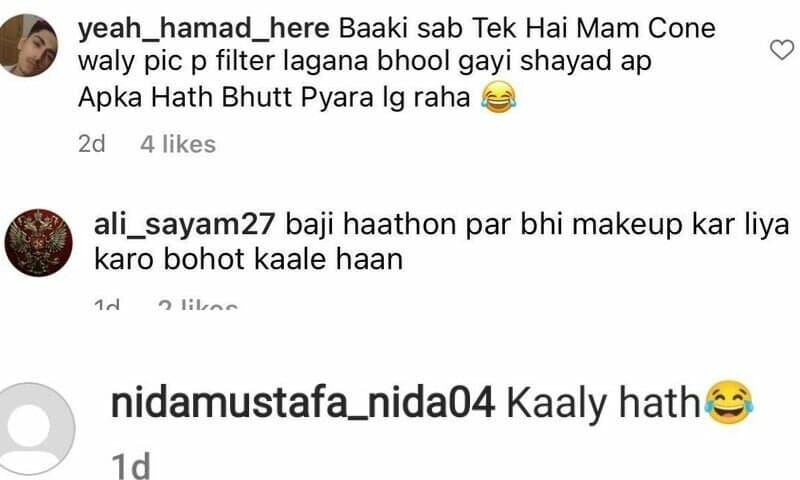 Ushna Shah shared the photo of the ice cream cones in the story for those who mocked the dark color and proudly said that their color is 'dark'. Ushna Shah wrote that Pakistanis with a fair complexion on the picture of his hands while making comments, mocked the color. At the same time, she wrote that she drives, does other things, and walks in the sun, which definitely affects her skin and that she is 'dark'. 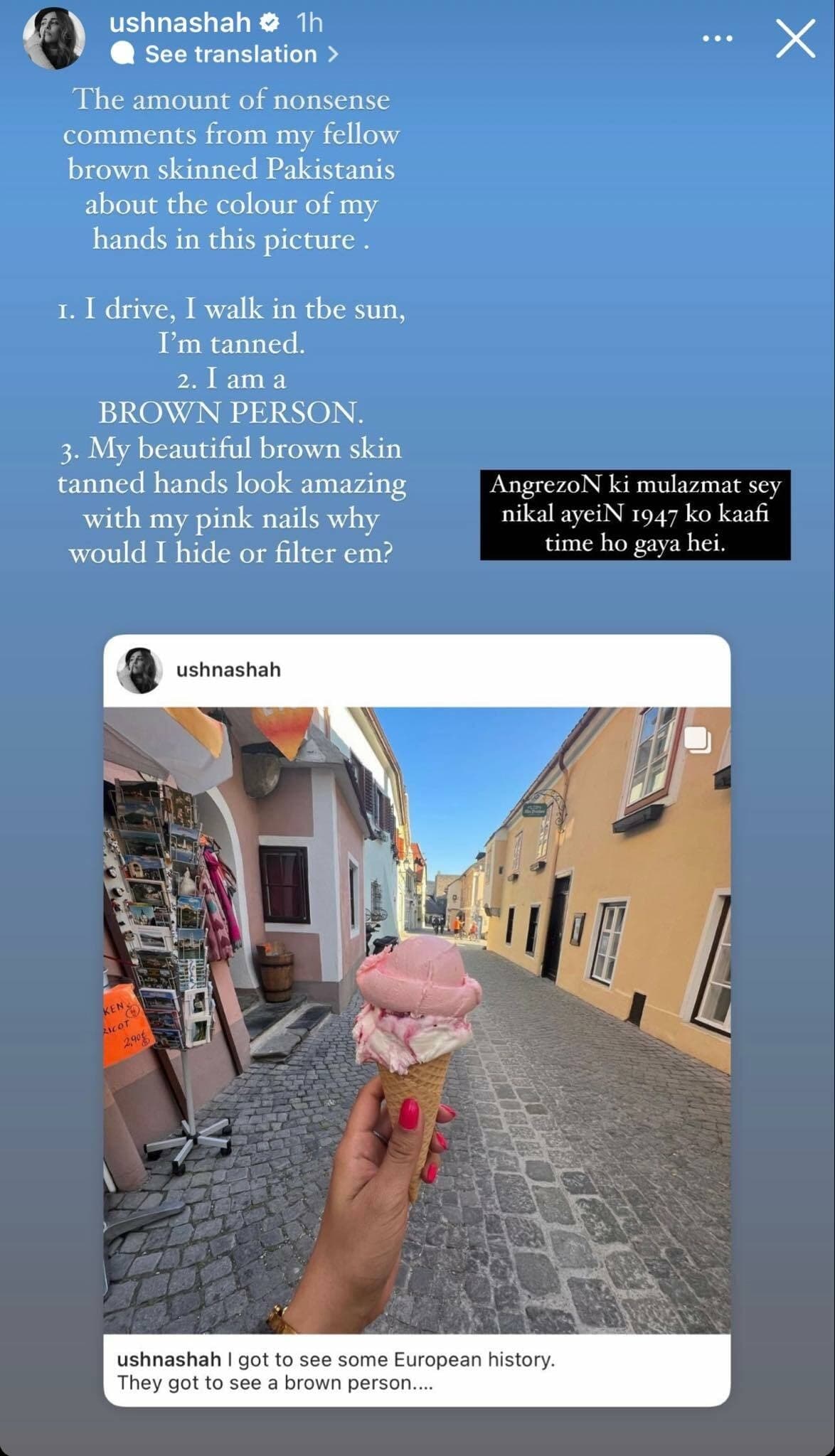 Ushna Shah further wrote that her complexion is smooth and beautiful and that her hands look very attractive on red nail polish, why should they whiten them with make-up or filters. At the same time, the actress advised those who ridiculed Rangat to quit their jobs in the British. In 1947, the time has passed. Before Ushna Shah, other actresses have also been ridiculed for their deep and youthful complexion while they have also been criticized for their dress and style.