Two and a Half Months After the Marriage Claim, Hareem Shah Announced Not to Get Married

Hareem Shah, who claimed to be married to "any" member of the Sindh Assembly of the Pakistan People's Party (PPP) two and a half months ago, has now stated that he has no intention of marrying immediately.

Hareem Shah claimed to have married the PPP leader in late June and stated that she will return from her honeymoon in Turkey before the end of August and arrange a funeral in Karachi. In an interview with actor and host Sajid Hassan on the show 'Zindagi Wad Sajid Hassan,' Hareem Shah stated that he had no plans to marry right away.

Hareem Shah claimed that his parents had repeatedly asked him to marry, as had many other people and close relatives, but he had refused. According to Hareem Shah, practically all of the ladies in his family are married, and they marry at a young age in accordance with tribal traditions, although they have no plans to marry at the moment.

He replied to the presenter that even Sheikh Rashid did not marry after being forced and constantly recommended to do so by the host. The host then reminded him that Sheikh Rashid is a man with a colourful temperament, and that he should not be compared to him. Hareem Shah responded by noting that she is not comparing herself to Sheikh Rashid, but rather that no one ever bites her, but the woman is bitten repeatedly.

Hareem Shah stated in June of this year that she had married a PPP member of the Sindh Assembly, but she did not specify who her spouse was. After Hareem Shah's claim, Sindh Assembly Member Zulfiqar Shah disqualifies rumours - File Photo: Facebook He later stated that he would honeymoon in Turkey in July and that upon his return, he would arrange a burial in Karachi.

Syed Zulfiqar Shah, Saeed Ghani, and Murtaza Wahab, all PPP officials, have stated that they did not marry Tik Tok. Hareem Shah eventually relocated to Turkey, where she uploaded recordings for several weeks, and she recently told Sajid Hassan in an interview that she had no plans to marry right away. 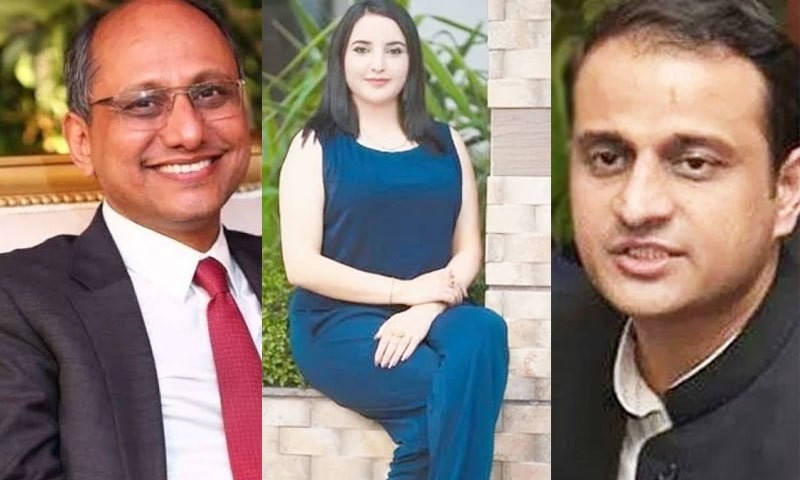 It's unclear when the September 17 interview was conducted. The host did not ask her any questions about her marriage claim during the interview, and Hareem Shah did not mention it in June.

A new change to TikTok for under 16 users

Personalities Are Saddened by the Closure of Bannu's Only Women's Park