Twins are born to an American woman twice a year

Twins are born to an American woman twice a year
Symptoms of a heart attack usually occur in women once a year, and women can give birth to more than one child at a time.

However, the issue of the birth of twins in the same year by a US woman has shocked the world.

Yes, the birth of twins astonished people two months in the same year by a woman in West Palm Beach, Florida, United States.

Alexandria Wilson gave birth to twins twice in 2019, the US broadcaster CNN reported.

According to the report, for the first time, the twins were born in March 2019 during normal delivery with the woman.

However, only a few weeks later, doctors told the woman that she was pregnant with twins.

Citing the same news, the American magazine People's News quoted another local website as saying that the second time the woman was born through the operation.

The woman, who gave birth to 2 children in the same year, said that no one besides her grandmother and grandmother had given birth to twins in her family.

The woman said that the twins had died at her grandmother and grandmother's death, but she is fortunate that they have twins twice a year and all are alive. 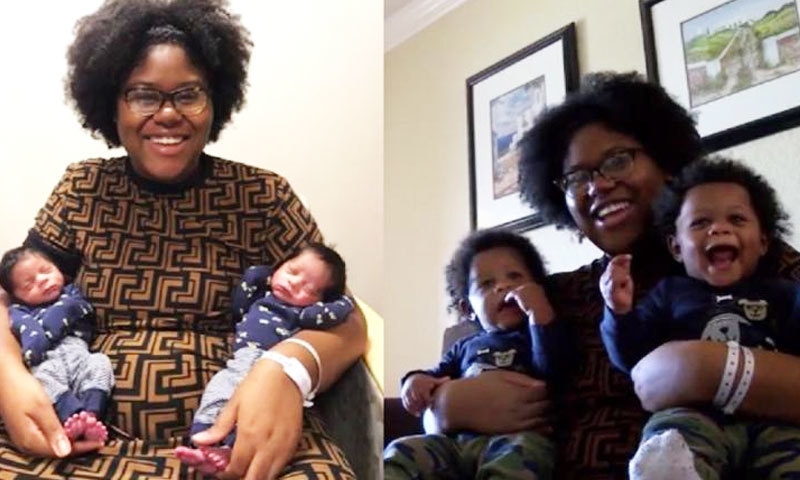 It may be recalled that a Bangladeshi woman was born for the second time in the same year before an American woman in March last year.

20-year-old Arfah Sultan of Bangladesh gave birth to a baby in February 2019, but later in March 2019, the woman gave birth to twins.

Doctors were also surprised at the re-birth of a Bangladeshi woman for just one month, and doctors claimed that she had never seen a case like this before.

Model Nayab Nadeem Was Killed by Her Half-brother in the Name of 'honor', Police Said

Corona results of actors coming from Thailand to Pakistan were revealed

Playing with newborns, the adult and the child's brain gets harmonized