In a mosque in Istanbul, the racks on which shoes were usually kept now have pasta packets, oil bottles, biscuits and other items like a supermarket.

However, these items are not for sale but are provided free of cost to those in need who are infected with the coronavirus.

There is a poster outside the mosque encouraging people to keep some things here as well as a message to carry the necessities for the needy. 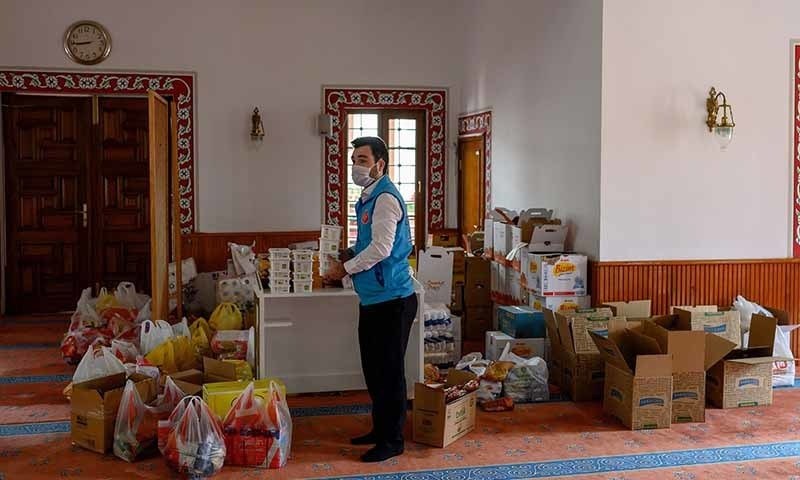 A pile of relief supplies on the floor of the mosque; photo: AFP

The idea of helping the needy through a place of worship came to 33-year-old Imam Abdul Samad of a mosque in the Sierra area of Istanbul when Turkey suspended prayer meetings to stop the spread of the virus.

The young imam said that after the ban on prayer gatherings, he came up with the idea of gathering rich people to help the needy and there was a lot of food and cleanliness in the mosques.

So they picked up the items and placed them in order in the racks at the entrance of the mosque, and they did so inspired by the welfare stone used in the Ottoman Caliphate. 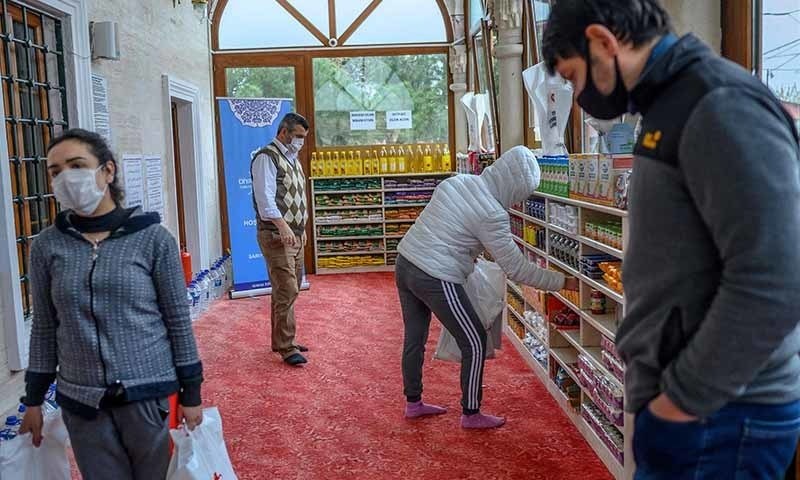 Two people can enter the mosque at a time and take 8 items they need. Photo: AFP
It should be noted that in the system of the Ottoman Caliphate, in order to help the needy in a dignified manner without embarrassment, people used to leave their money at the welfare stone of their choice.

In this regard, a philanthropist said that inspired by our ancestors, we decided to fill the mosque rex together with our brothers.

In this regard, a list has been hung on the wall of the mosque where people write their names and telephone number. The imam sends this list to the local administration which checks whether they are really in need. 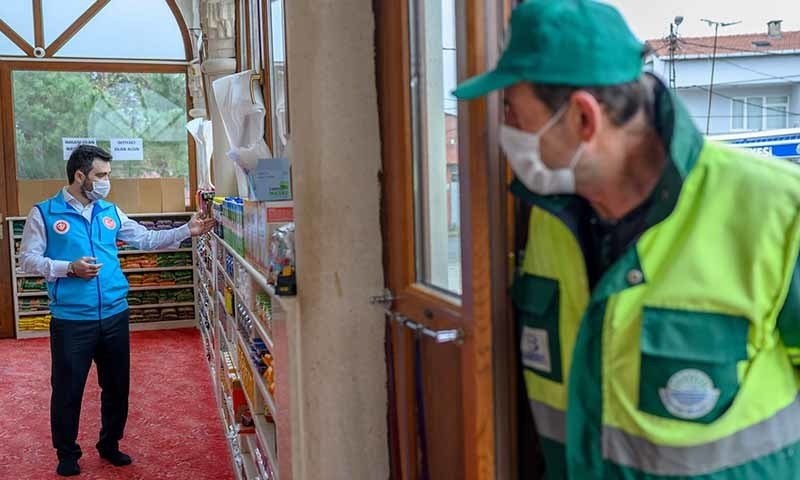 Items arranged in mosque shoe racks began to look like a supermarket — Photo: AFP
After verification, a message is sent to these people that they can come to the mosque and take whatever they want and they can take 8 things.

A maximum of 2 people enters the mosque at a time while the rest stand outside waiting for their turn. The mosque has been working for 2 weeks and so far 120 people are being helped in this way daily. Donations are not received but are asked to be delivered.

Related Posts
Indian singer Gippy Grewal visits Nankana Sahib and Thanked Imran Khan
Photos of Maya Ali's New Bridal Shoot Go Viral on Social Media
Bushra Iqbal, Before talking about my divorce, look inside yourself.
Ramadan transmission: Interesting comments from the public on Aamir Liaquat's videos
'If any Muslim is expelled from India, I will receive bullet on my chest'
Shahroz Sabzwari confirmed separation from his wife, Syra Shahroz
I Like to Cover Myself and Look Attractive, Nimra Khan
Ayeza Khan and Danish Taimoor Accused of Copying 'padmavat'