The fans' long wait is over, and the trailer of Sajal Ali's first international film 'What Love Got To Do With It, has been released, in which a glimpse of singer Rahat Fateh Ali Khan is also shown.

The less than two-minute trailer of 'What Love Got To Do With It features all the film's lead characters.

The film's story revolves around a British girl 'Zoe' (Lily James), and a British boy of Pakistani origin (Shehzad Latif) who are not only neighbours but also childhood friends.

The trailer shows that Shahzad Latif's parents want to get him married, and they take him to matchmakers, including dating apps, but they fail, after which they marry him to a Pakistani girl ( Determined by Sajal Ali).

Is it better to walk into love, than fall into it? 💕 Watch the official trailer for WHAT'S LOVE GOT TO DO WITH IT?— starring Lily James, Shazad Latif, Shabana Azmi, Sajal Aly, Asim Chaudhry and Emma Thompson — in UK cinemas January 27, 2023 pic.twitter.com/jQGb9B9pQ7

In the trailer, it is shown that when Shahzad Latif's marriage is fixed, his friend Zoi also comes from London to Lahore with him and shoots all the events and stages of his wedding to make a documentary film, during which he is asked about such questions. Answers are also found for which she has been waiting for many years.

The trailer shows Sajal Ali as a Pakistani girl while Shabana Azmi plays her mother.

The trailer also shows other characters, suggesting that the film will have romance, comedy, and indigenous culture.

This film will be Sajal Ali's first international film; she has previously worked in Pakistani films. 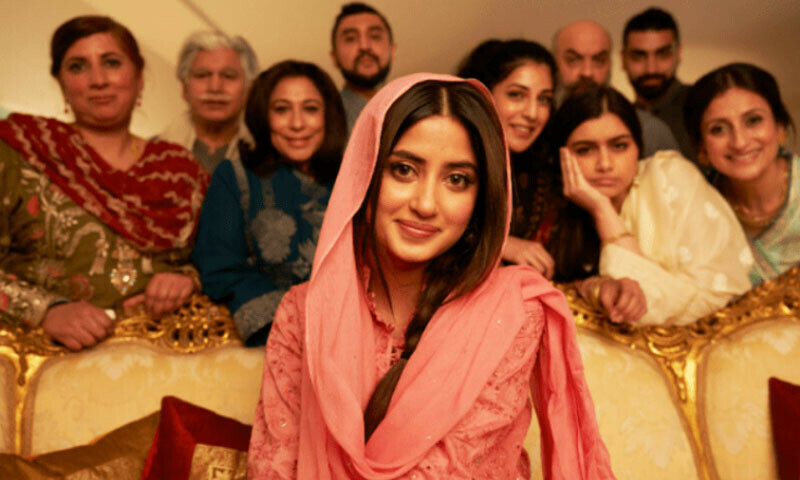 The film is being directed by Bollywood filmmaker Shikhar Kapur, who previously directed the 2007 biopic (Elizabeth: The Golden Age) and won the Oscar for Best Production.

What's Love Got To Do With It is written by Jemima Goldsmith and produced by Studio Canal.

The film will be released worldwide on Christmas this year, possibly in the US, Canada, European countries and India first, followed by a simultaneous release in Pakistan and the UK in 2023.