All over the world, including Pakistan, people with disabilities in general and women in particular need the help of other people from home to hospital or any other important place.

But Pakistan's three brave women with disabilities not only set out on a journey outside the country without the help of another person, but also reached the historic Egyptian pyramids in the desert. Ordinary people also need the help of other people and resources when they reach the pyramids of Egypt and of course three Pakistani women must have had such a need but they did not let their disability get in the way of fulfilling their passion.

Tanzeela Khan from Lahore, the capital of Pakistan's Punjab province, Afshan Afridi from Peshawar, the capital of Khyber Pakhtunkhwa (KP), and Zarghona Wadud, from Quetta, the capital of Balochistan, were alone in the pyramids of Egypt Arrived and surprised the world.

The three brave women, while talking to Dawn Images' preacher, expressed their happiness that despite the Corona epidemic and repeated visa revocations, they have finally reached Egypt, the most important country in the Islamic world. Tanzeela Khan is also a businesswoman and filmmaker. She is the founder of an online store called Gurley Things, which works for the rights of women and people with disabilities in particular. 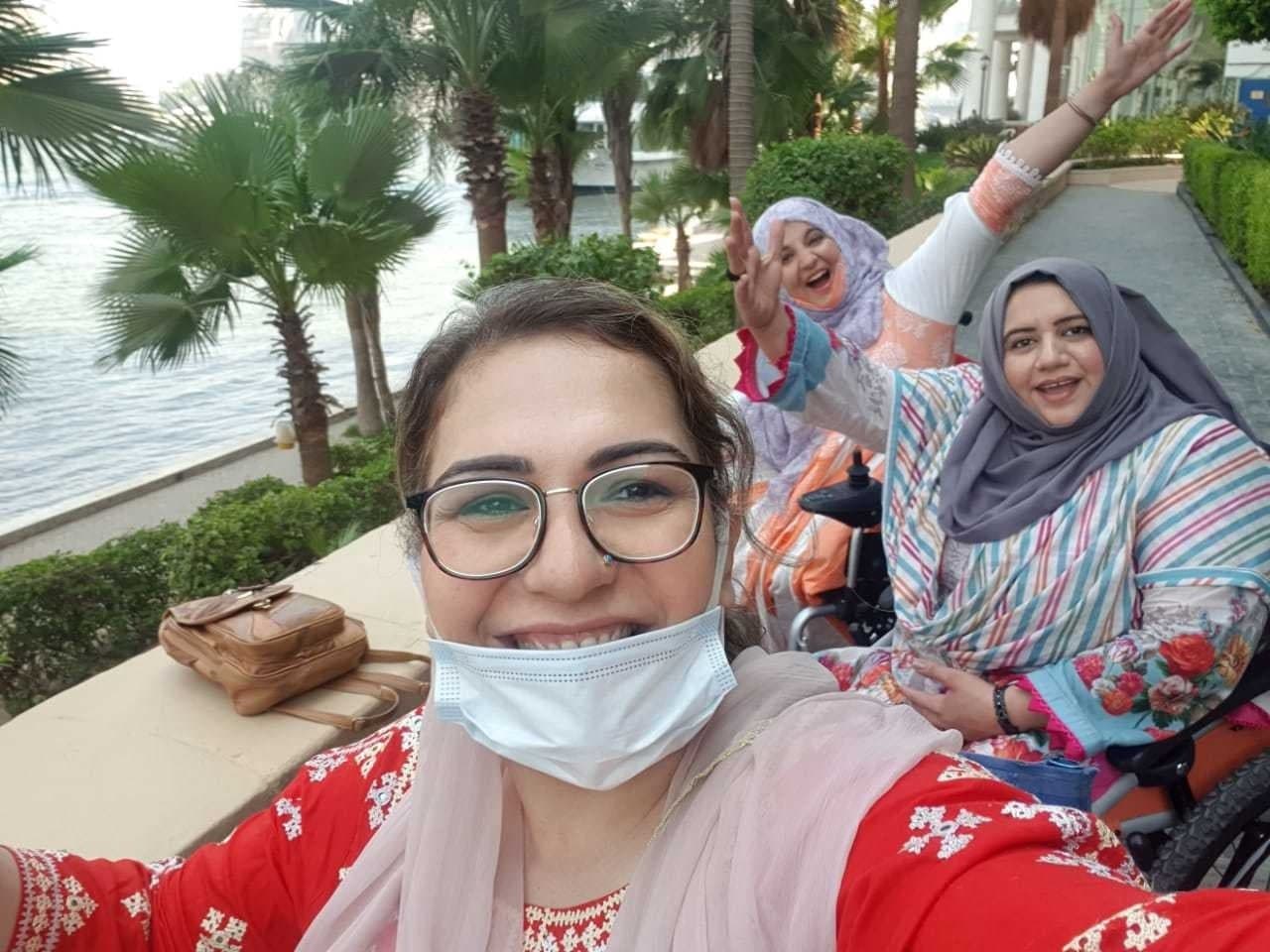 Afshan Afridi hails from Kohat, KP, but grew up in Lahore and joined the International Social Organization in 2013 after graduating in microbiology. Zarghona Wadud holds a bachelor's degree in law and a master's degree in English literature and is also a leading women's rights activist.

The three women arrived in Egypt without any help from others. Photo: Tanzeela Khan Instagram
Afshan Afridi of Peshawar and Zarghona Wadud of Quetta became disabled due to childhood polio attack while Tanzeela Khan is born disabled.

Afshan Afridi told Dawn Images that he had told the other two women that the three of them plan a trip abroad together to tell the world. Just as ordinary people can travel without the help of another person, so can people in wheelchairs. He said that he first met Tanzeela Khan in 2013 while he met Zarghona Wadud in 2018, after which the three remained in touch.

Tanzeela Khan had traveled to Turkey last year before the first foreign trip of the three women and it was only after seeing their pictures that Zarghona and Afshan decided to travel abroad to send a positive message to the world and especially to people with disabilities. According to Zarghona Wadud, this is the first time that he has traveled outside Quetta without any help, before that he was always accompanied by a helper. She admitted that she herself was not ready to admit how a woman in a wheelchair could travel so long without an attendant. 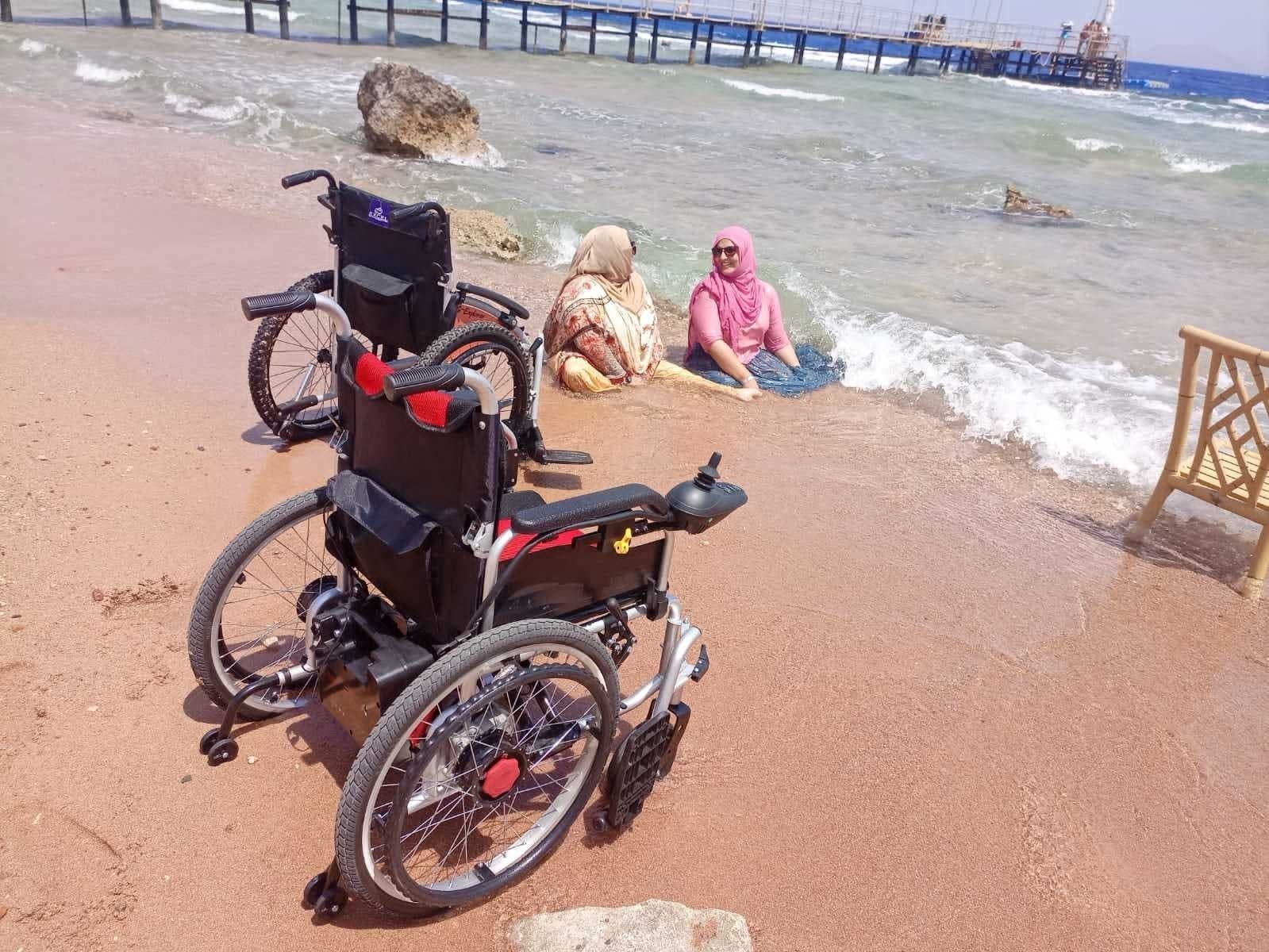 At the same time, she said, however, she was told by Tanzeela and Afshan that she could travel without any help like other people and in fact now she has shown that women in wheelchairs can do anything. According to the three women, they chose to visit Egypt themselves, as the country is important in terms of Islamic history and its food is also famous, while crescent items are also easily found there.

According to the three women, private travel agencies should also introduce special facilities for people with disabilities. The three women, who took pictures in a wheelchair from Pakistan to Egypt and then to the historic site of the Egyptian pyramids on Cairo's beach, are being praised on social media.

Related Posts
I Am a Woman, No Parcel Alia Bhatt's reply to False News About Herself
How was the actor Feroz Khan when he was a child?
Discussions about President of Slovakia Zuzana Caputova's unique approach to preventing Corona
Uzma Khan torture case: Lawyer Khadija Siddiqui withdraws from case on news of settlement
Hiba Bukhari and Arez Ahmed Got Married
Actress Nadia Jamil has Returned to the Screen
Fans Congratulate Sajal Aly on Her Birthday
'Stop Stereotypes' Saba Qamar's Video Made on Wedding Become Popular