Recently, a statue of the brave warrior and Turkish Mujahid Ertugrul Ghazi, who paved the way for the establishment of the Ottoman Empire, was erected in a residential colony in Lahore, the capital of Pakistan's Punjab province.

Yes, the statue of Ertugrul Ghazi, recently erected in the capital of Turkey's Urdu province, was removed because the statue resembled an actor playing a role in a play, not a real warrior.

According to the Turkish Hurriyet Daily News, a statue of Ertugrul Ghazi was erected in the provincial capital Urdu on June 4 this month and pictures of him went viral on social media as soon as the statue was erected. After the photos went viral on social media, many citizens complained that the shape of the statue was not like that of the real warrior, but resembled that of Ertugrul Ghazi in the drama. 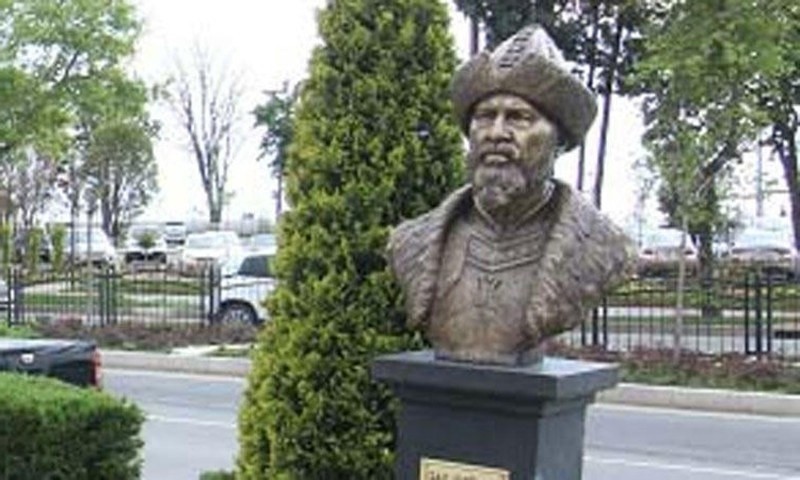 Many citizens complained that when they saw the statue, they realized that they were watching the drama, not the 13th-century Turkish mujahideen Ertugrul Ghazi. According to the newspaper, after the complaint of the people, the district administration removed the statue and submitted a written reply to the higher authorities saying that an investigation has been started against those who were negligent in the preparation of the statue.

According to the report, the district administration also suspended two officers for negligence in the construction of the statue. The statue was removed because its shape resembled that of a playwright rather than the original 13th-century Ertugrul Ghazi.

Reports said that many citizens were outraged when the shape of the statue looked like a drama character instead of the original Ertugrul Ghazi.

It should be noted that Ertugrul Ghazi was a brave warrior of the Kai tribe of Turkey, who won victories against various tribes in the 13th century, and later his son Osman continued the conquests and founded the Ottoman Empire.

How to use Kiddle- Kid Friendly and safe search engine

I never raised my hand on Fatima: Mohsin Abbas Haider