The well-known and popular Pakistani drama of the past “Ankahi” will be presented at the Arts Council from October 20.

According to reports, the popular Pakistani drama “Ankahi” of the past will be presented in the Arts Council from October 20. Talking about it, Ahmad Shah said that the Arts Council on the direction of the government SO. Activities have been started in full compliance with PEZ.

The drama was scheduled to begin in mid-March but was postponed due to a coronavirus lockdown, he said. Now the epidemic in our country has subsided and the government has also given permission to the Arts Council to start cultural activities after directing the SOPs to be implemented. Ahmad Shah said that after a long lockdown, the Arts Council citizens Is offering better facilities for 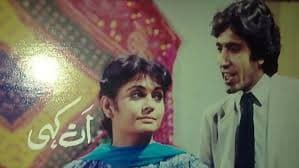 Dawar Mahmood, the overseer of Inkhi Drama, said that Inkhi 2020 will begin from October 20. This old one is not unspoken but it presents the old message in a new way. In excess of 150 specialists will take a shot at it, including craftsmen, artists, and others, while Amna Elias will lead the group.

The playwright Hasina Moin said that 35 years ago there was a message for the people at that time and it had reached the people at that time. According to today's situation, the message in 2020 is that today's generation should work to promote love, not hatred in society. However, the drama story is old and some things are new, then loneliness is also ready.

Sajid Hassan said that this drama is the story of Hasina Moin's life. Ahmed Shah settled the theater so citizens should cooperate with Ahmed Shah using SOPs. Karachi Arts Council is a unique institution in the country and the government should sponsor it.

How to Cook Bean Butter?