Humayun Saeed later confirmed on May 14 that he and Khalil-ur-Rehman Qamar were going to make a historical drama. But now he has sought the help of the government to make any kind of drama like Ertugrul Ghazi. Speaking to private TV channel SAMAA, Humayun Saeed explained that the Turkish government had also helped in making 'Ertugrul Ghazi' and similarly the Pakistani government should also help the playwrights in making such a masterpiece. 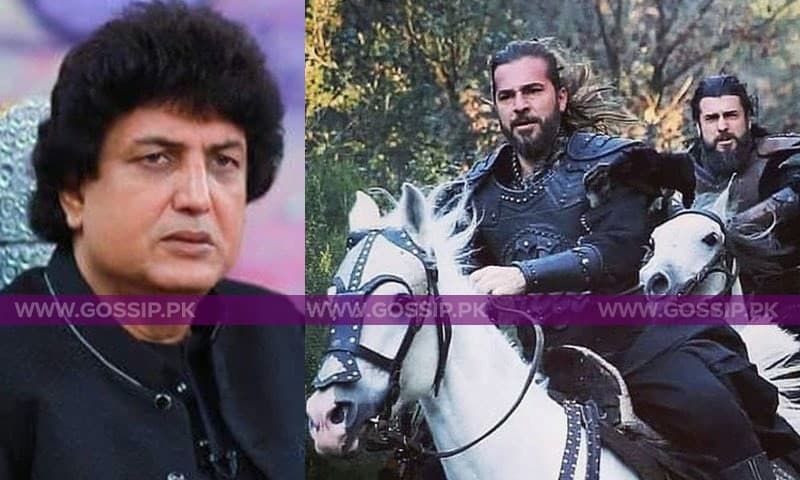 Humayun Saeed said that although masterpieces like Tipu Sultan, Genghis Khan, and Muhammad Bin Qasim have been made in the Pakistani drama industry 30 to 40 years ago, they have passed a long time. The actor said that modern times demand that plays based on Islamic history should be made and the government should play an important role in this regard and help playwrights.

According to Humayun Saeed, now the production costs have gone up, and making such a masterpiece drama is not for everyone. The actor said that if he wanted to, he could make a drama like 'Ertugrul Ghazi' but he would not be able to do it due to lack of money, so the government should help him to make such dramas. He argued that the Turkish government had also helped create "Ertugrul Ghazi".

In a short interview, the actor also expressed happiness over the government's announcement of the Presidential Award. Humayun Saeed was announced by the President of Pakistan on August 14 to be awarded the Medal for Excellence and will be awarded the award on March 23 next year. The government had also announced to give awards to 40 artists including Abida Parveen, Ali Zafar, Sakina Simon, Bushra Ansari, and actor Talat Hussain.

In all, the government announced that 184 domestic and foreign personalities would be awarded the Civil Awards on March 23 next year.

‪Thank you Allah for Your infinite blessings, for all the success You have given me and for all the achievements You have bestowed upon me. It is my great honour to recieve Pride of Performance from Government of Pakistan. Thank you all for all your love, support & appreciation‬