The Credit for a Successful Marriage Goes to the Husband, Sadia Imam

Former popular actress and host Sadia Imam has admitted that her husband is behind her successful marriage, if they were not so sensible and tolerant, their marriage might not have taken place.

Sadia Imam married Pakistani-born German industrialist Adnan Haider in 2012 and has a daughter. After the wedding, although she is rarely seen on screen, she is seen participating in guest shows and shows. Recently, she attended Nida Yasir's morning show with her husband and explained what changes have taken place in her life after marriage and what are her plans for the future. 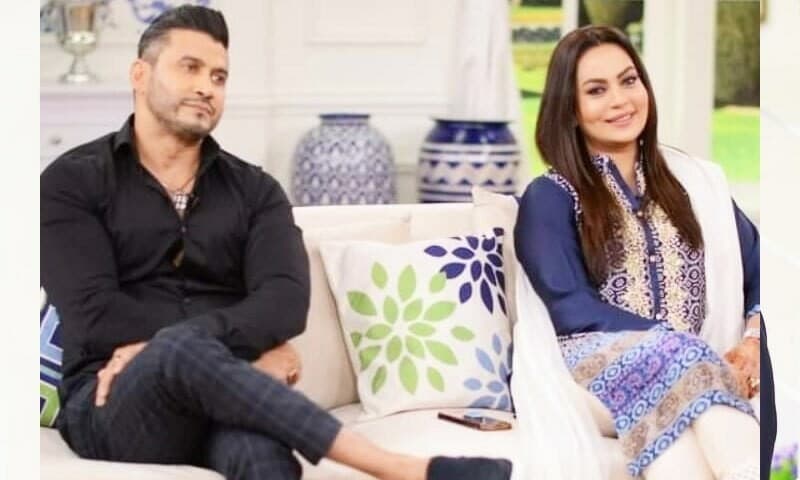 During the show, Sadia Imam said that they were married in June 2012 and their leave was fixed in January 2013, but due to the death of their mother, their leave was delayed by a few months. He said that they have been married for 9 years and have been on leave for 8 years and they are going to be married for a decade. Sadia Imam's husband said in response to a question that his wife has undergone many changes during the last 9 years and she has come to endure the best change and now she is much wiser than in the past.

According to the actress's husband, Sadia Imam had seen the rise before marriage and she had made all the decisions about herself, which is why she had the same habit even after marriage but gradually she changed and now she is talking about others. Also give importance. He praised his wife, saying that despite being his wife, he did not harass her all the time and did not even call her whenever he was out of the house.

In response to a question, the actress's husband said that his wife does not even suspect him. During the program, Sadia Imam, while talking about married life, said that due to living a free and successful life, she was not in the habit of listening to the instructions or words of others.

She said that her husband also made his own decisions and did not obey anyone but after marriage, her husband gave up his stubbornness and obeyed everything and made the marriage successful. Sadia Imam admitted that her husband has a role to play in her successful marriage. If they had not been patient or sensible, their marriage would not have been possible.

The actress narrated an incident and revealed that on the second day of the wedding, there was a quarrel between them and the water was about to cross the border but then both of them acted wisely. Both said that they wanted to have their own home in Pakistan and now their wish has been fulfilled. Sadia Imam said that after marriage she had moved to Germany for some time, because her husband's business and residence are there but she wanted to have her own home in Pakistan and now her wish has been fulfilled.

Mean while, the actress's husband said that now Sadia Imam wants me to leave Germany and come to Pakistan and stay with her but it is impossible for that to happen immediately. On her husband's words, Sadia Imam said that since her daughter is now growing up, she wants her father to be with her.

Sadia Imam moved to Germany shortly after her marriage, but returned to Pakistan a few years later, and now she has been living in both countries intermittently. After 2 years of marriage, the actress gave birth to her first child, a year after which she returned to Pakistan and started hosting a morning show on Sama TV in 2015, but later disappeared from the TV screen.

Sadia Imam is considered as one of the famous actresses of 1990. She said, , Mamta, Colony 52, is now far away.