The Court Suspended the 13-year 'guardianship' of Britney Spears' Father

At the request of pop diva Britney Spears, a court in the US city of Los Angeles has officially halted the singer's father's "patronage" over her life and money for 13 years.

For the past 13 years, James Spears has served as his daughter's legal "conservator," and the singer wanted to get rid of him. Despite Britney Spears' requests, the court ordered her father to continue serving as a "guardian" at least three times, but James Spears eventually decided to step down. Britney Spears is reportedly pleased that the judge's legal 'guardianship' of the father has been suspended, according to the British news agency Reuters. Judge Brenda Penny of the Los Angeles High Court removed James Spears from custody of his daughter's $60 million fortune after a three-hour hearing and set a November date for a debate about ending full patronage. Brenda Penny, the judge, ordered James Spears' suspension after the singer's counsel stated that she did not want her father to be engaged in her case any longer. 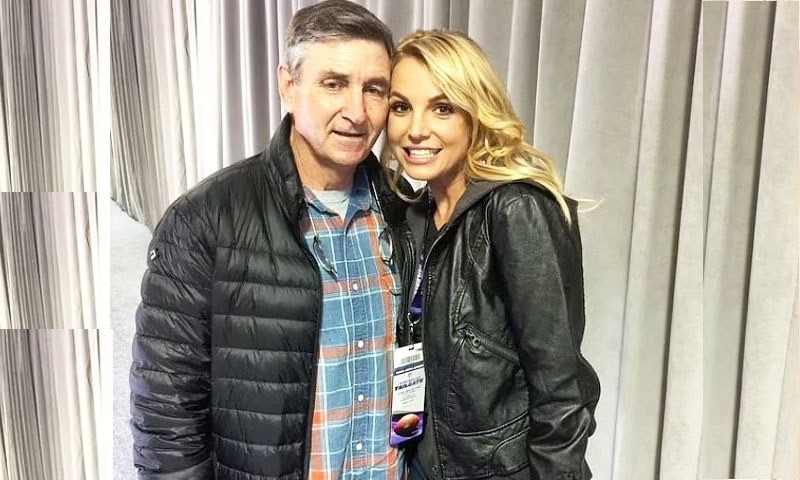 "The current situation is untenable; it reflects a toxic environment that necessitates Jamie Spears' suspension, which will begin today (September 29)," Judge Brenda Penny remarked. A hearing on Britney Spears' plea to terminate the restriction that restricts her business and personal life has been set for November 12th.

Brenda Penny said James Spears would be temporarily replaced by his accountant, John Zebel. Britney Spears, 39, has been trying for years to be released from legal guardianship, but she did not show up for the court on Wednesday. Britney Spears posted a video on Instagram following the court ruling in which she sits next to the pilot in the cockpit of a small plane and takes control of the plane.

A New York Times documentary released last week revealed that from 2008 until the release of the documentary, the security firm selected by Britney Spears' father had monitored the singer's phone conversations and text messages under legal guardianship. Alex Vlasov, a former Blackbox security business employee, claimed in the documentary that he logged into Britney Spears' iCloud account and activated the singer's phone system. In his room, he also had a microphone. When Alex Vlasov questioned Britney Spears' surveillance, she was told that the singer's contacts had been evaluated "for her own security and protection," according to the documentary, and that the court supervising legal guardianship had approved it. It was something I was aware of. When the singer was depressed in 2008, the court is thought to have named her father as her guardian. Her father has been her guardian for the past 13 years, and the singer has made many removal requests, all of which have been denied in the last two years. Before marrying Sam Asghari, Britney Spears married Jason Allen Alexander, a childhood friend, in 2004, but the two divorced the following year. Britney Spears has two children from her second marriage, and she lost her balance in 2008 due to various legal concerns and complications, including not being delivered, which led to her father being designated as her legal guardian by the court. ۔

The US faces another setback on the Huawei issue

Demand for bridal mask has increased in Pakistan