The Closure of the Theater Has Forced Artists to Go on Hunger Strike, Naseem Vicky

Leading theatre actor Naseem Vicky said that the theatre in Pakistan has been closed for the past five months due to Corona, which has forced artists to go on hunger strike. It may be recalled that cinema halls, including theatres, have been closed in Pakistan since March, while shooting of dramas and films has also been cancelled.

In addition, several departments, including wedding halls, educational institutions and entertainment centres, are still closed, and the government plans to close them for a few more weeks. Due to the closure of theatres, stage plays and theatres are not being held in different cities of the country, due to which the artists and other staff associated with the said sector are facing financial difficulties due to unemployment.

Rejecting the anti-government sentiment, he said that many people were looking to artists for financial help but now the artists themselves were starving. Naseem Vicky said that sometimes a person does things that fall into the category of sin when he is hungry. He also compared theatre and Pakistani drama in the interview and said that baseless criticism was being levelled at the theater because no sector of Pakistan was the same as before. 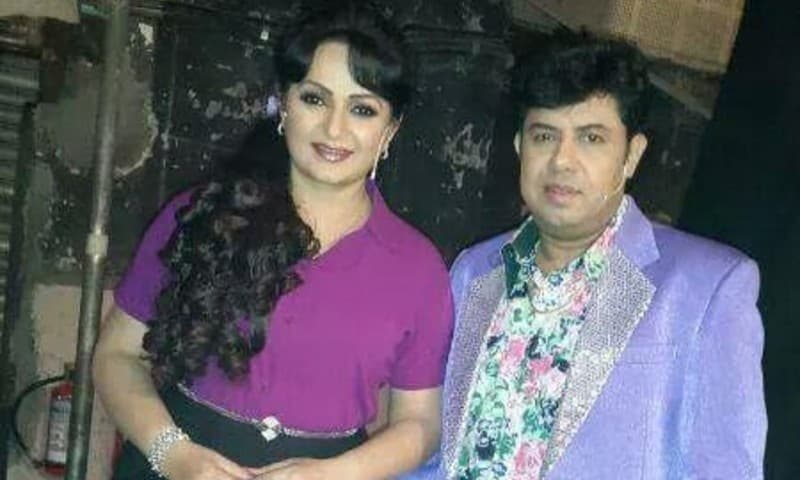 Naseem Vicky also spoke about her experience working in India in an interview and said that some artists and workers are valued there. In the interview, Naseem Vicky said that he had also met the Governor of Punjab to open the theatre and he had assured him that his problems would be solved but nothing has happened till date. He termed the criticism levelled by the PTI government against the artists as unwarranted and said that the government should understand their problems instead of resenting them. The artists were not against the government but were demanding their betterment.

He complained that in a recent interview, he was misunderstood for mentioning Nawaz Sharif and was thought to be anti-PTI when he told the story of the former prime minister just to make it clear. That the previous government cooperated with artists. He called on the government to allow the theatre to operate so that starving artists could earn a living.

Related Posts
Indian singer Gippy Grewal visits Nankana Sahib and Thanked Imran Khan
Imran Abbas's Hint of Creating a TikTok Account
Youngsters Who Blackmail Saudi Women reached to Their End
After Arez Ahmed Disappeared the Day After the Wedding, Hiba Bukhari Fought With Him.
How Did Nora Fatehi Learn to Dance?
Iman Ali was a favorite until I met her, Fahad Mustafa
The Family Denied the News of Omar Sharif's Death
Bushra Iqbal, Before talking about my divorce, look inside yourself.