Stormy Daniels' real name is Stephanie Clifford and she initially claimed to have had sex with Donald Trump before the 2016 presidential election.

The actress claimed that Donald Trump had sex with her at a time when he was married to his recent wife Melania Trump. 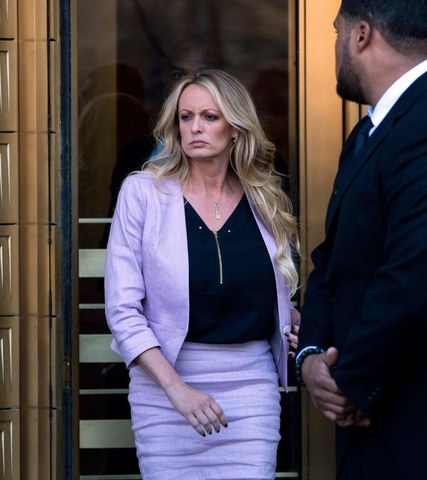 The actress also claimed that Donald Trump had asked her to remain silent before the 2016 US election by paying her a hefty 130,000.

Following the actress' allegations, several reports surfaced in the US and British media last year against Donald Trump and an investigation was launched against him, which was initially denied by Donald Trump.

However, later in May 2018, Donald Trump admitted to paying the actress to remain silent, after which the case received less media coverage.

But in July 2018, a few months after the actress made allegations against Donald Trump, he was arrested from a dance club in Columbus, Ohio, and sent to jail, but was later released.