Actress Humaima Malik, who performed at the International Pakistan Prestige Awards (IPPA) ceremony in Istanbul, Turkey last week, has revealed that she has undergone successful surgery on her appendix.

The actress shared her photos from her hospital bed on Instagram on November 9, saying that she had a sudden abdominal pain in Istanbul, which led to her being taken to hospital, where it was discovered that her appendix had ruptured. The actress thanked God for giving her new life and wrote that "sight can kill anyone". 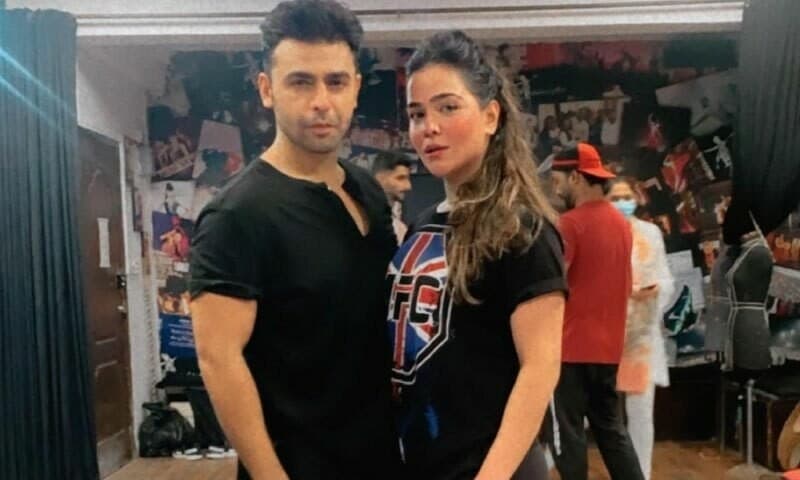 In her post, Humaima Malik appealed to everyone to keep praying for the people around her, because 'Nazar' can kill a walking person. The actress also performed with Farhan Saeed at the International Pakistan Prestige Awards. The actress further wrote, "Look at everyone with love, don't look at anyone and may God save everyone from the look of jealousy."

Humaima Malik said in her post that she spent 22 hours in a hospital in Istanbul suffering from "rapture appendix" and witnessed the death with her own eyes. He wrote that "God gave him new life" and at the same time appealed to the fans to take care of the people around him, because life is very short, no one knows when his life will end. ۔

In his post, he thanked God for giving him new life and also thanked all the fans, including his family, for their prayers. In her post, Humaima Malik writes philosophically that "we consider ourselves kings and we do not know with what pride we sleep and wake up and life can go on in a moment".

"The owner of the whole world can erase everything in one moment, can shake everything," he wrote. The actress, while sharing her photos taken on a hospital bed, wrote a poem by Mirza Ghalib saying, The actress also appealed for prayers from all the fans and after being posted by her, various showbiz personalities and fans also expressed good wishes for her.

Causes of headaches during fasting and its treatment

Bollywood Film Made on Corona Lockdown is Ready for Release