There is good news for fans of the popular TV drama Syed Jibran that their favourite actors will soon be seen as heroes on the big screen.

The good news for the fans of the actor is that Syed Jibran is about to embark on a film career working with leading actress Saba Qamar and soon both fans will see the actress roaming.

Syed Jibran confirmed that he will soon be seen in action in the upcoming movie with Saba Qamar. 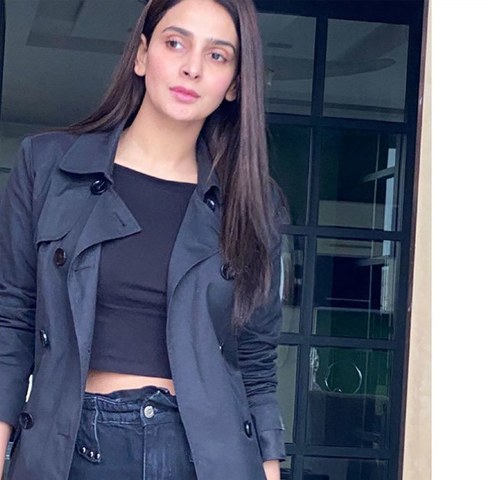 Referring to his first film, Syed Jibran said that he and Saba Qamar are two of the three main characters in the film, while the third lead character has yet to be selected.

Syed Jibran said that the story of his upcoming film is superb and his fans will be happy to see him working in the film.

According to him, the name of the film has not been finalized nor has the third lead actor been cast, but there is talk of working with actors like Sohail Ahmed and Nayyar Ejaz.

The actor said that the story of the film was written by Mohsin Ali while Saqib Khan gave his instructions and the film will be released this year.

He told that the story of the film is superb and the movie can be seen sitting with the family while the movie has a lot of fun and entertainment.

Related Posts
New Revelations in Sushant Singh Rajput's Final Postmortem Report
Mahwish Hayat is also the champion of "Onana Challenge" after "Bottle Cap Challenge".
Bollywood actress Richa Chadda and Ali Fazal's marriage postponed by Corona virus
TikTok Also Reached the Sindh Assembly
What Is Pakistani Culture? Has Not Been Answered. Usman Khalid Butt
Mehwish Hayat's response to Aamir Liaquat on saying Item Girl
'Halima Sultan' Was Made a Star by Pakistanis, Yasir Hussain
I make a film out of tradition so that the public can get a message