Singer and musician Somi Chauhan silenced the wife of actress Sanam Chaudhry by giving a scathing reply to the person who called her a 'witch'.

When the singer's wife Sanam Chaudhry recently shared her photos on Instagram, while people praised her beauty and eyes, some people also made inappropriate comments on her photos.

Most of the female fans praised Sanam Chaudhry's beauty and wondered how anyone could look so beautiful. However, some fans also made heartfelt comments on his picture, a similar comment was made from an account called Farhan. From the account named Farhan, it was commented on the picture of Sanam Chaudhry that the actress is looking like a 'witch'. 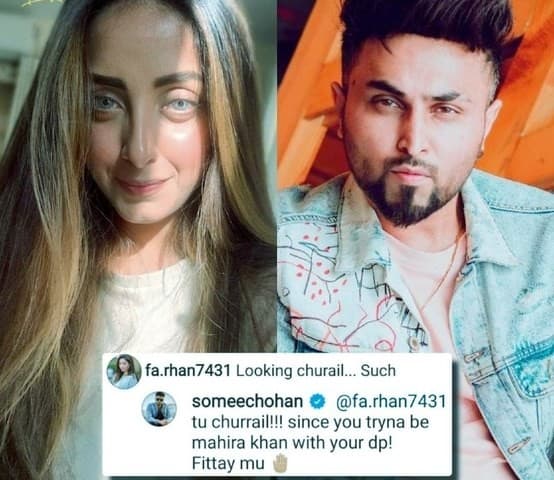 Her husband immediately responded to the person who used an inappropriate word for the actress, saying that she was not his wife but he was like a 'witch'. At the same time, the singer scolded him and said that he had posted a picture of Mahira Khan on his profile to hide his identity, as he would in fact be a 'witch'.

Sanam Chaudhry was also happy when her husband responded to the person who made the inappropriate comment and praised the singer. The actress praised her husband, thanked him for protecting her and expressed her love for him. 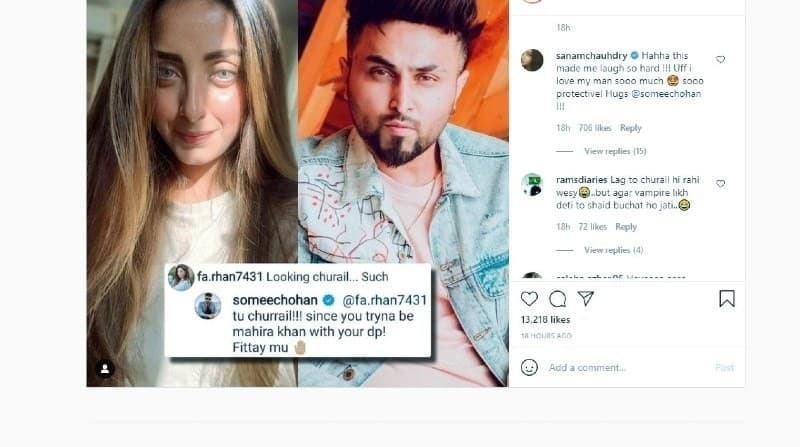 Sanam Chaudhry and Somi Chauhan were married in November 2019 and their first child was born in October 2020. Somi Chauhan also composes music including singing and he sings mostly in Punjabi. Sanam Chaudhry has acted in several dramas and at least two films and has won some awards.

How to remove plagiarism? 4 steps to avoid Plagiarism

Related Posts
Why Asim Azhar's Criticism and Advice on 'Tum Tum'?
Rahat Fateh Ali Khan and other Pakistanis mourn the death of Wajid Ali
Ushna Shah complains to Sanjay Leela Bhansali about making a series on 'Hira Mandi'
No one called '2 Takky ki Larki' at the airport: Ayeza Khan
Naseeruddin Shah's family denied rumors of his ill health
Hareem Shah wants to play the role of 'Halima Sultan' in Ertugrul Ghazi
WWE Wrestling Star Undertaker Decides Not to Return to the Ring
Asim Azhar apologized for criticizing the PSL5 anthem