The year 2019 is now nearing the end and this year also proved to be the beginning of a new life for some of the stars who started their new journey after marriage.

Marriage is one of the most important days of any person's life, resulting in a change in his or her life. 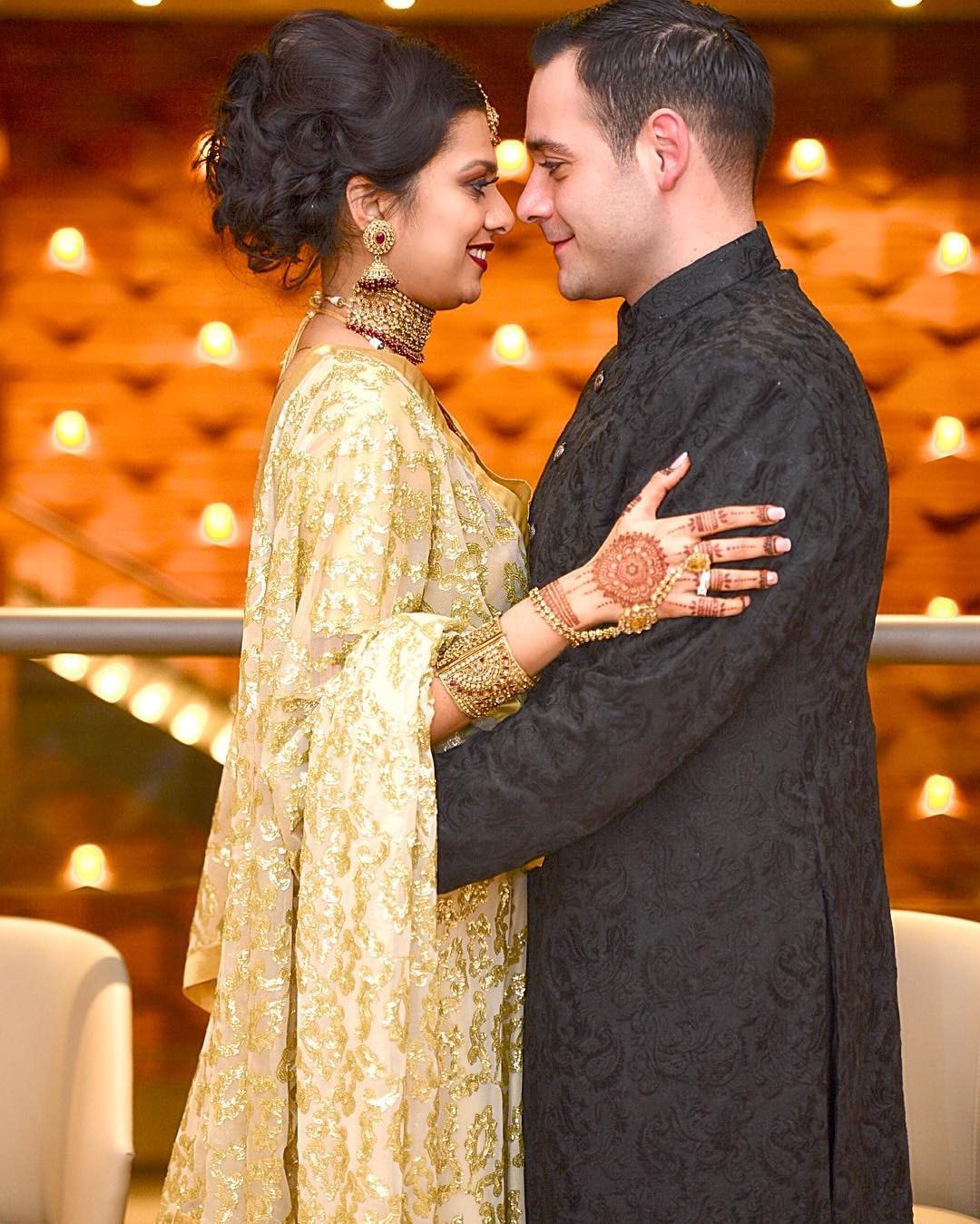 Pakistani model and actress Sofia Khan, known as Fia in the industry, married in January this year in Berlin, Germany.

Fia Khan has been regarded as a successful model of Pakistani fashion industry, she has walked the ramp wearing many famous designers' dresses in her career while also doing photo shoots for several big brands. 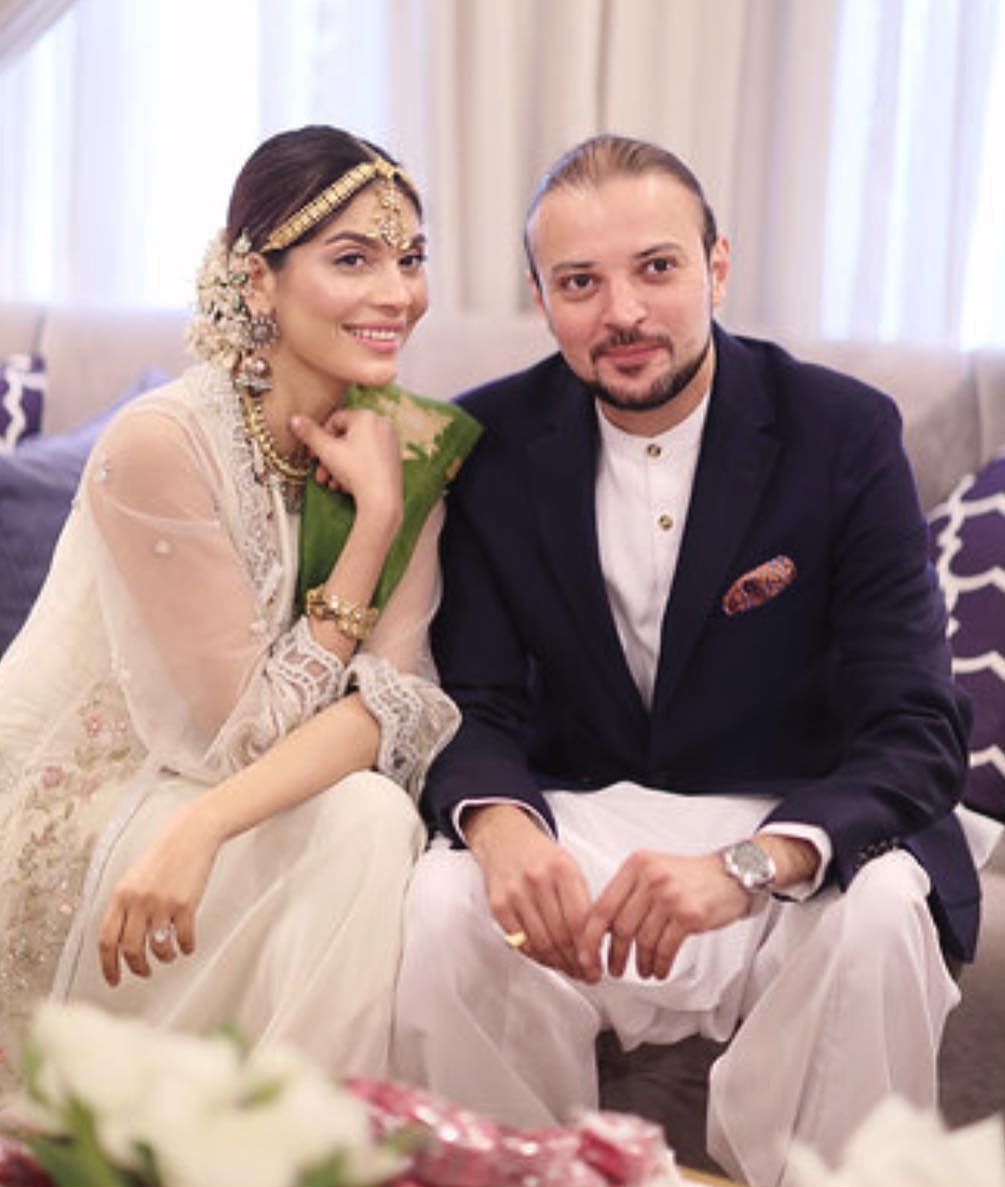 He married very simply, whose photo was shared on social media, and fans admired the pair.

The couple did not invite industry figures to keep their wedding ceremony secret.

Amna Babar is considered an attractive model of the fashion industry, she also announced the news of her pregnancy with her photos on social media this year. 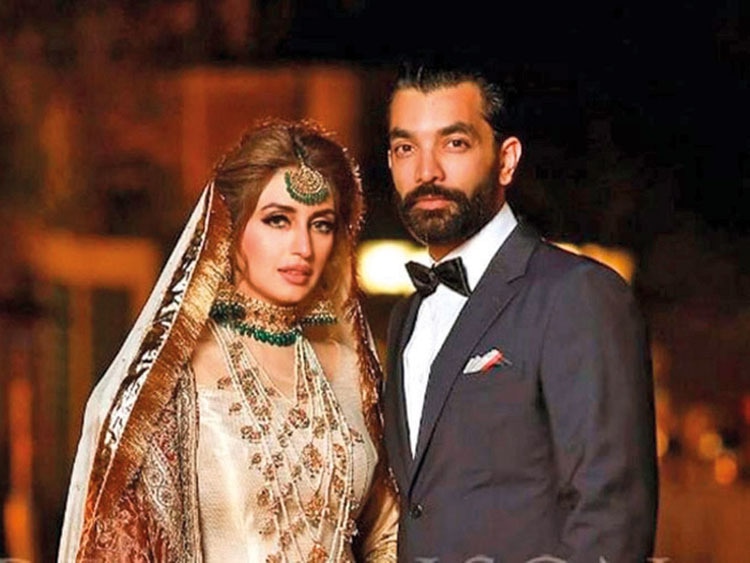 Pakistan's renowned actress and model Eman Ali also got married in February this year and started a new journey in life.

Eman Ali revealed in an interview to Dawn that he had met Babar Bhatti in Karachi about a year and a half ago, after which he decided to get married.

All the wedding ceremonies of 38-year-old Eman Ali and her husband Babar Bhatti were held in Karachi.

It is noteworthy that Ayman Ali is not only a successful model but also a great actress who has been a part of many of Pakistani cinema's big films.

Apart from modeling, Babar Bhatti, the husband of Eman Ali, who showed the essence of his acting in various films like God and Bollywood, is the grandson of Major Aziz Bhatti Shaheed. 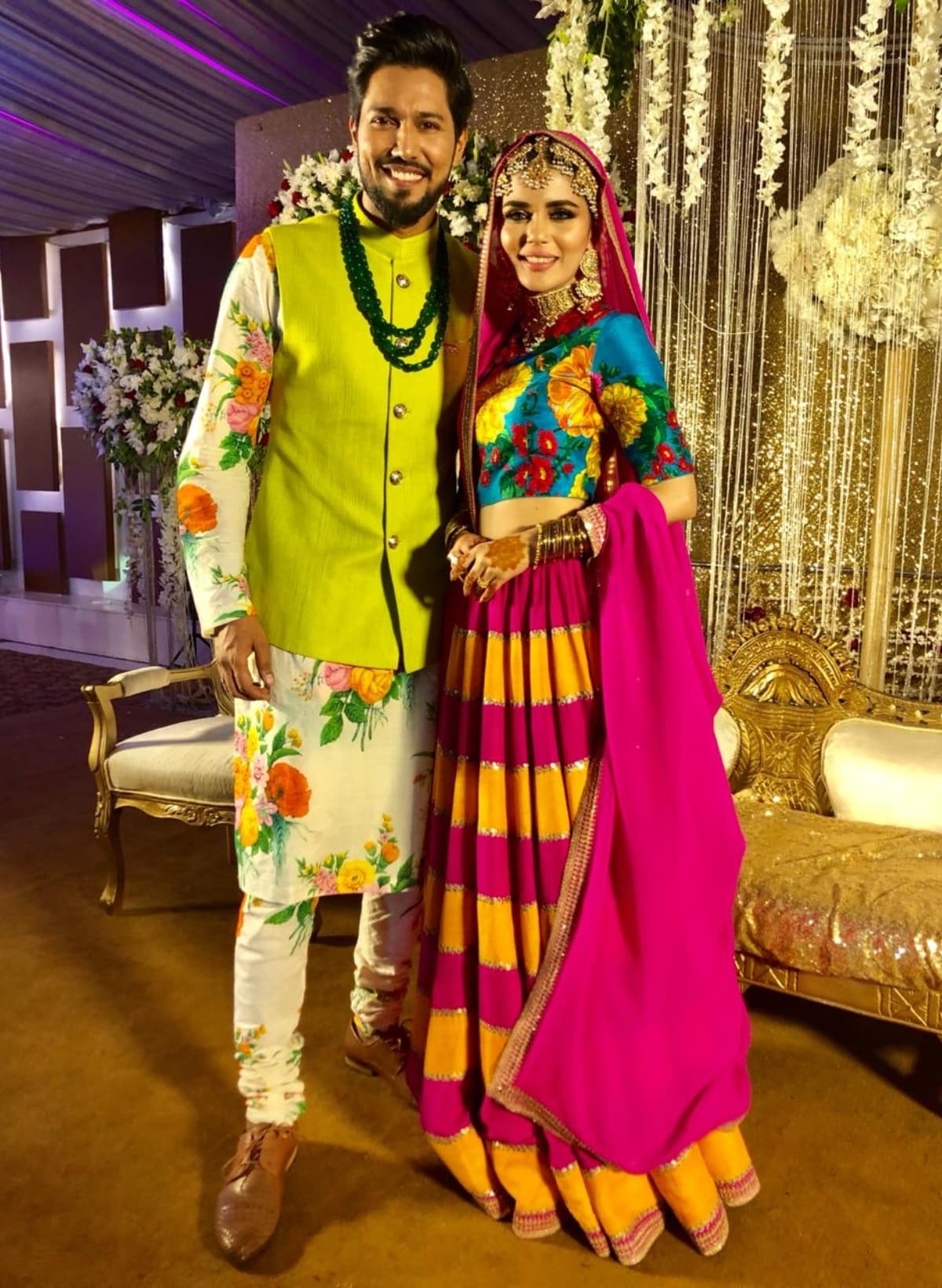 Their wedding ceremony was attended by a number of showbiz personalities.

At the wedding the bride and groom were both dressed in pairs designed by Indian designer Sabyasachi.

By the way, Danish Hayat has never played a central role in a major project, though he did appear in a supporting role in his sister's play 'Kabhi Kabhi' which was released in 2013. 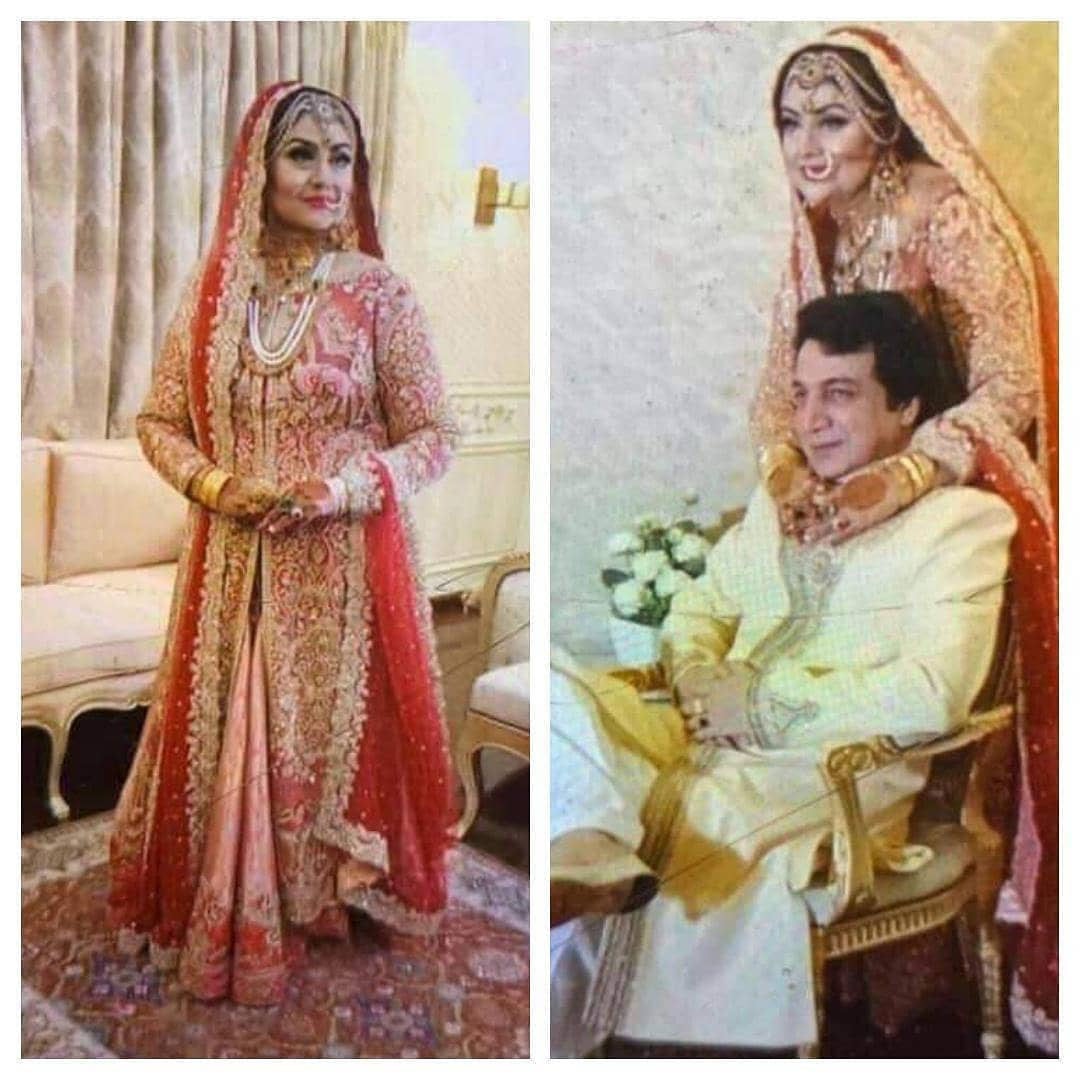 The association was first married to an income tax officer, allegedly, but six years ago, on Eid, he was shot dead in Lahore.

The other husband of the association belongs to showbiz, he is a producer, director and actor by profession.

On the occasion of their wedding, the association looked very beautiful in a red wedding dress while Lucky Ali wore a sherwani.

Anjuman has worked in films like 'Sher Khan', 'Madam Rani' and 'Mela'. 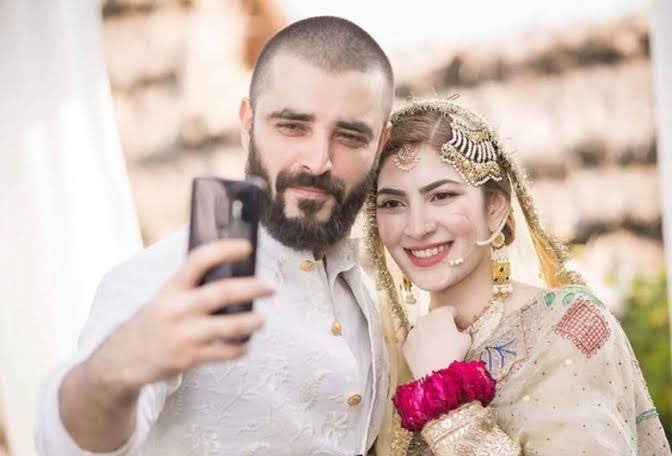 Hamza Ali Abbasi and Naimal Khawar Khan have known each other for many years. Attended

During the marriage, Hamza Ali Abbasi wore a white dress and on the other hand, Naimal Khawar Khan wore his mother's wedding dress.

Hamza Ali Abbasi is currently working on a play called 'A', though both he and Naimal have announced that they will quit acting. 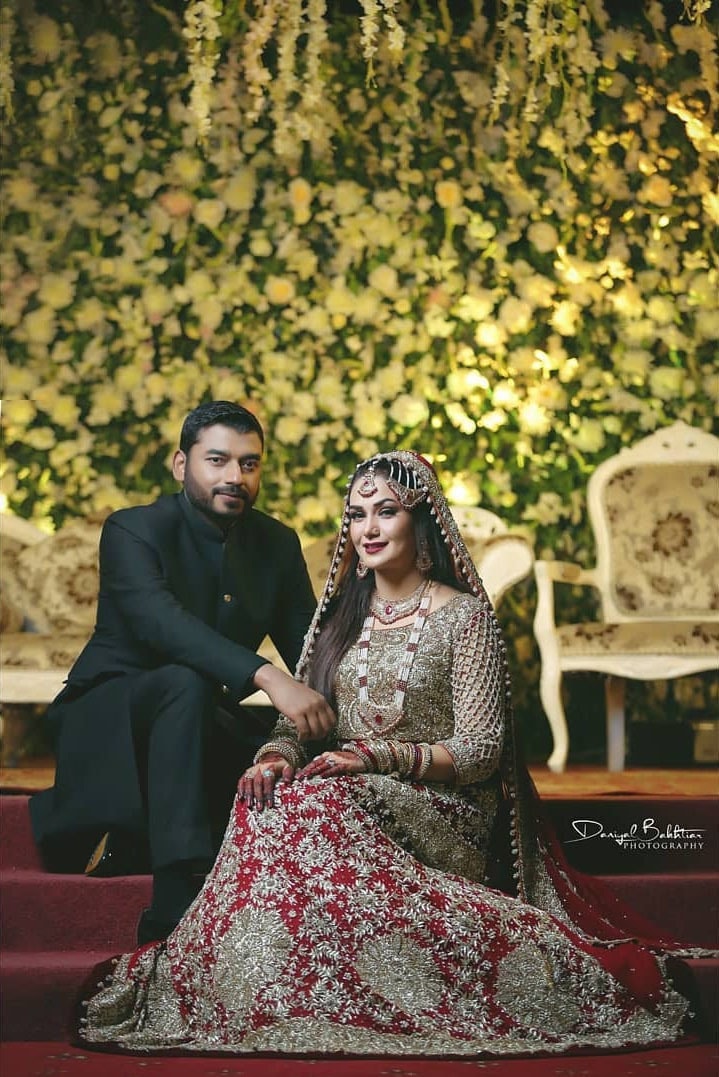 The actress herself had not announced her wedding, however, after the wedding ceremony photos went viral on social media.

It was the 45-year-old actress's second marriage, the first marriage to a man named Aamir Mirza in 2010, but shortly thereafter the two were separated.

Naheed Shabbir got married to former producer Naomi Khan and this is his second marriage too.

In his career, Naheed Shabbir worked on plays like 'Sher Dil', 'Ek Bachara' and 'Naseeb'. 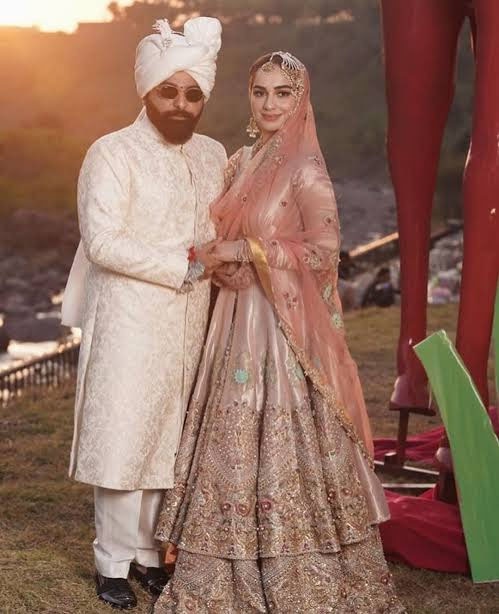 The wedding ceremony was attended by close friends and relatives of the couple.

Mayra Khan wore a wedding dress made by her husband Ali Zeeshan on the occasion of the wedding, while the two dressed in Tariq Amin's salon. 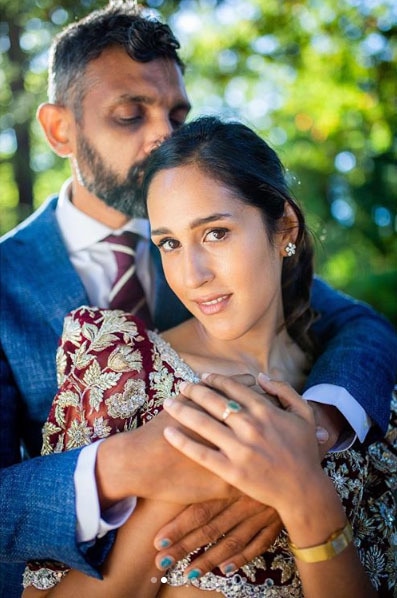 Actress Meera Sethi also started a new journey in her life by marrying her friend Bilal Siddiqui in November this year.

Meera Sethi announced the news of her marriage by sharing photos on her Instagram account. According to Meera, she did her own makeup and made her own hair at the wedding ceremony.

Meera and her husband studied at Oxford University together.

The wedding was held in a simple manner in the US state of California, San Francisco. Their wedding was attended by a few close friends, including family.

She has acted in the film 'Saat Din Mohabbat In', and was also liked for her acting in the popular drama 'Mohabat Subha Ka Sitara'. 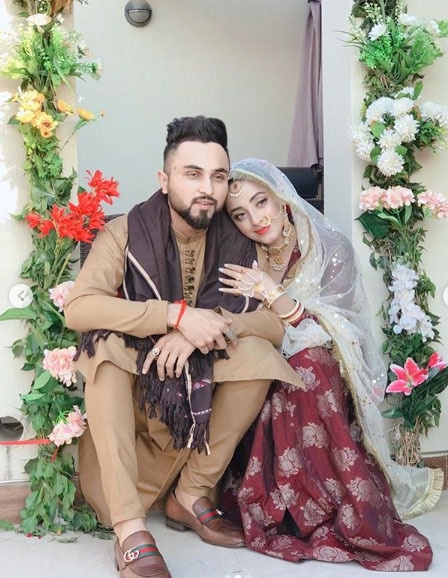 Another famous Pakistani actress Sanam Chaudhary also married quietly with her friend in November this year.

The actress announced her wedding by sharing a photo of the marriage on Instagram, in which she was present with her husband.

Introducing the Feature of Missing Messages in Facebook Messenger

Related Posts
Pakistanis teach 'ethics' on the image of actress Esra Bilgiç as Halima Sultan in Ertugrul Ghazi
I Am Single Now and I Don't Want to Tell Anyone, Faryal Mahmood
Meera wants to be a singer now
Sarfraz dhoka dy gya, "A List of 50 Wishes for the Life of Suicidal Sushant Singh Rajput
Due to Lockdown, the public focused on television and Also increasing ratings
In London, Uber driver's inappropriate behave with Sonam Kapoor
Pakistan International Screen Awards will be held soon
Showbiz Personalities Happy on Mahira Khan's Return to Small Screen