Amir Liaquat Hussain died at the hospital on 9th June in the afternoon. He was rushed to Aga Khan Hospital in a critical condition, where doctors confirmed his death.

Following the news of his death, the National Assembly session was also suspended till the evening of 10th June, while political, social and showbiz personalities across the country also expressed regret.

Most of the showbiz personalities, while remembering the time spent with Aamir Liaquat Hussain, prayed for his forgiveness and described him as a sympathetic and loving person.

We plan as if we’re going to live forever but aglay lamhay ka pata nahi hota. Life can be taken away in an instant. Shocking! #amirliaquat

Actress Armina Khan wrote that people want to live forever but the fact is that they do not know what will happen next.

Host and actress Juggan Kazim expressed her sorrow and  shared her photo on Instagram. 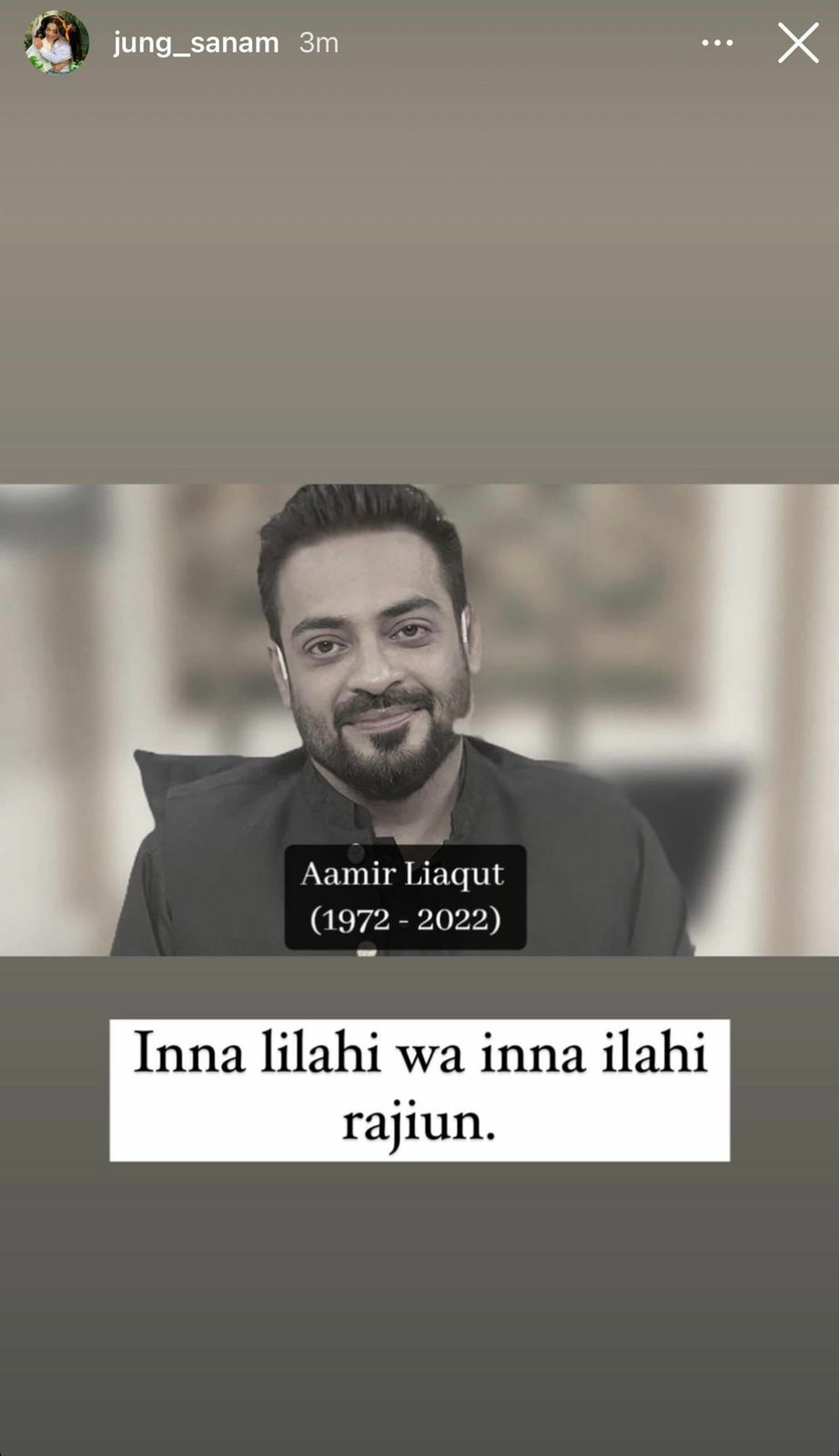 Actress Dua Malik, while sharing a photo taken with Aamir Liaquat, recalled the days she spent with him and wrote that he always used to come with her on one of his voices but now he suddenly parted ways with her. He also termed the death of the scholar as unbelievable.

Yasir Jaswal also expressed regret over the death of Amir Liaquat and wrote that he could not believe the death of the scholar. 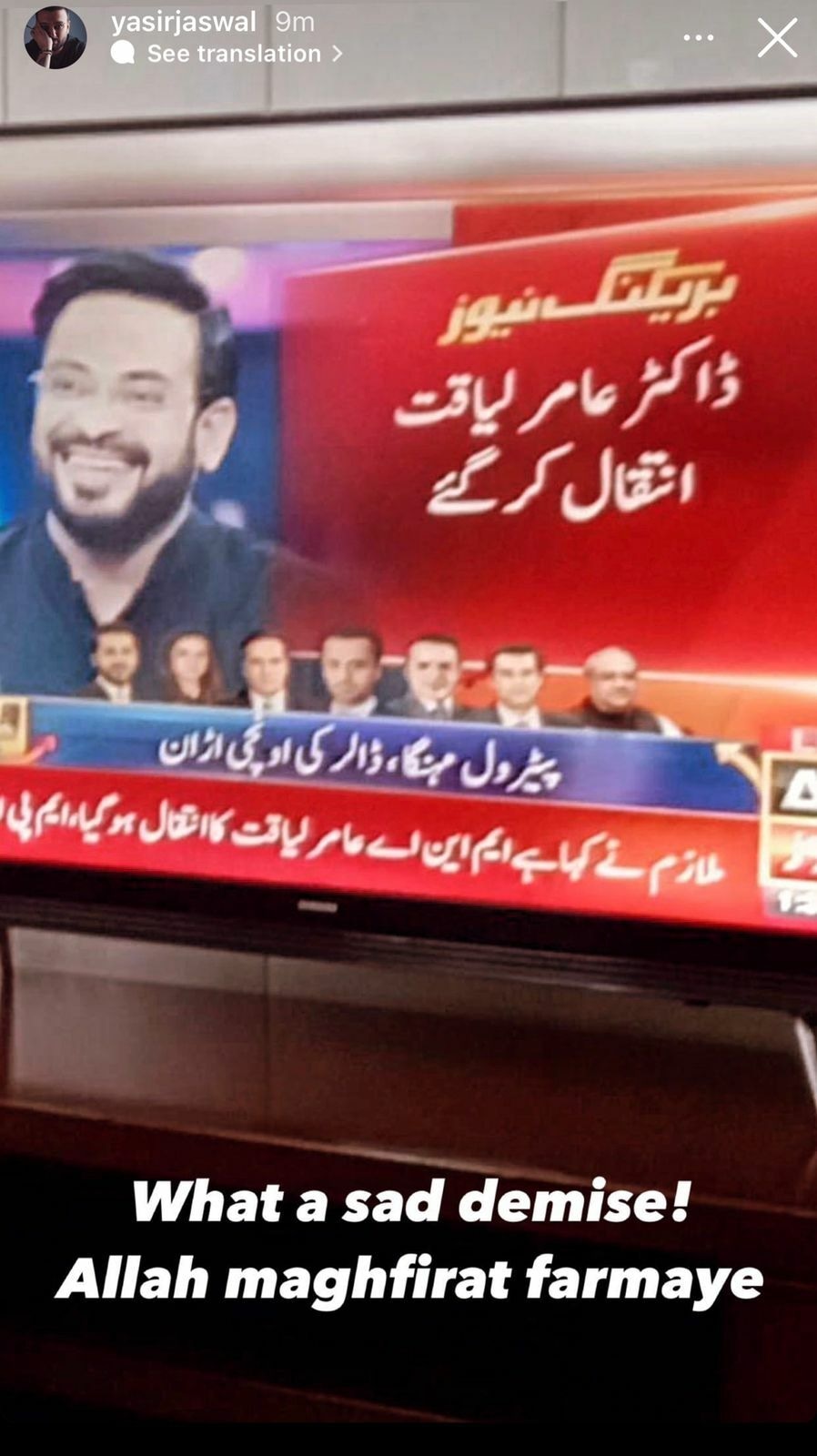 Actor Faisal Qureshi  shared a photo of Aamir Liaquat, expressing his pain over his death and praying for his forgiveness. 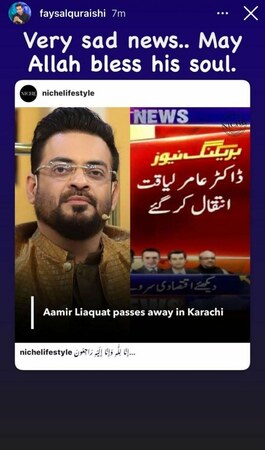 Actress Hamima Malik also shared an old photo taken with Aamir Liaquat and wrote that he was a good person as he was, he also called his death unbelievable. 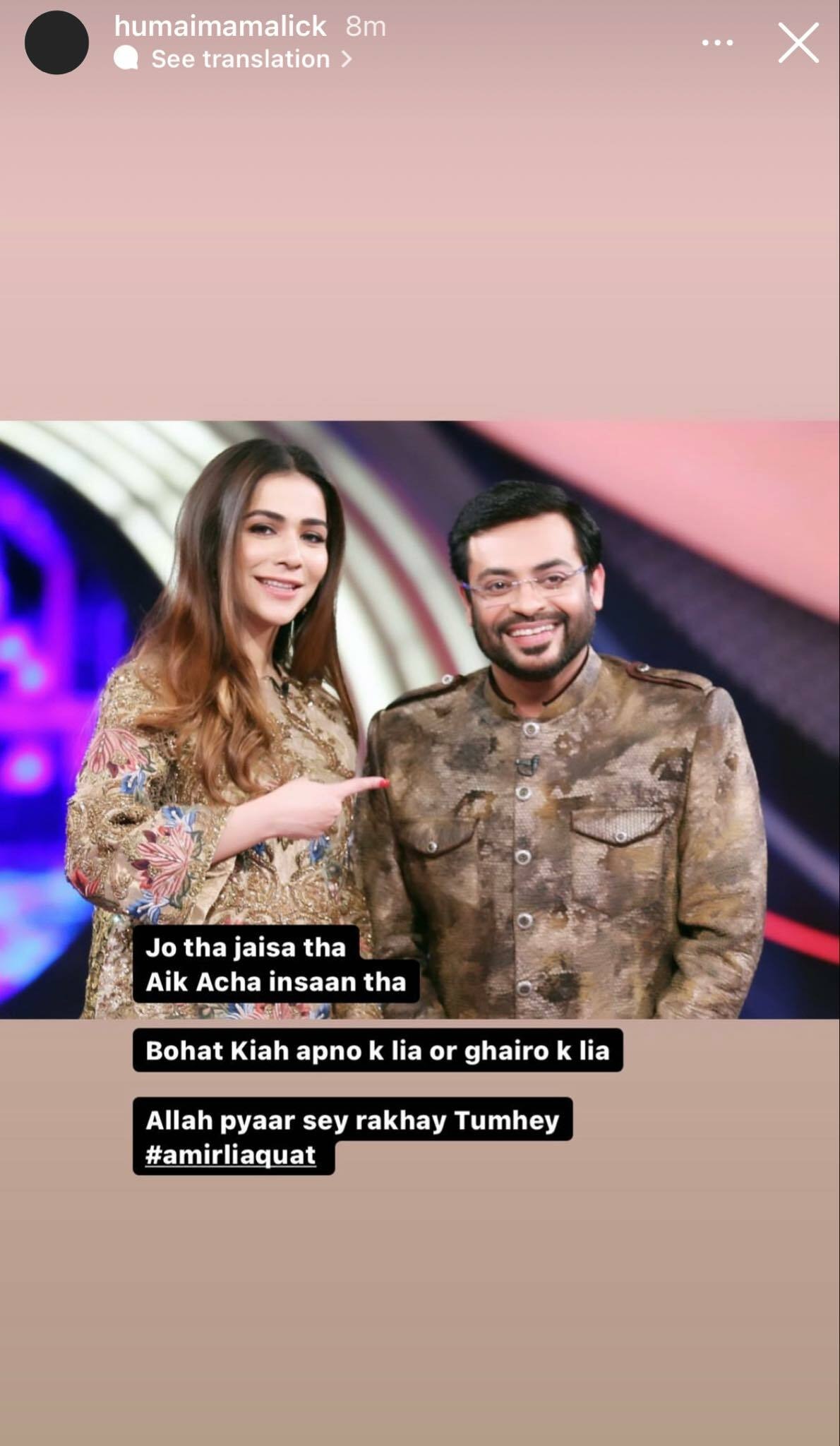 Model and actress Zara Noor Abbas also expressed sorrow that it was unbelievable for everyone.

And that’s the filth that social media has. The Dark Power. It can ruin people and throw them into a pit of hollowness. And now suddenly Amir Liaqat becomes a sad and shocking demise. Why is everyone shocked? Wasn’t every passed video of him a lead to where he is now?

My Name Is Gohar Jan