Showbiz personalities seem to be divided over the recent remarks made by renowned singer Abrar-ul-Haq on the training of mothers in raising a new generation.

Abrar-ul-Haq had said in a recent ceremony that when they were children, the mothers of that time used to recite Islamic words while hugging the children. The singer had said that today's mothers give mobile phones to their children and sing 'Baby Shark' on it. He also sang the popular song 'Baby Shark' for children and adults in a unique way.

Sab yaad Hai!!!!!
But he has no right to talk down AAJ KAL ki mothers when he himself has grown up the way everyone else did!!!!! Naaton ke ilawa gaanay jo gaye, does he think ke uss se naujawaan nasl ne bauhat seekha???? https://t.co/bp9UnBBxyd

While the general public seems to be divided over Abrar-ul-Haq's criticism of today's mothers over their children's training, showbiz personalities are also divided over the issue. Actress, model and make-up artist Nadia Hussain strongly criticized Abrar-ul-Haq's comments and taunted him for singing. 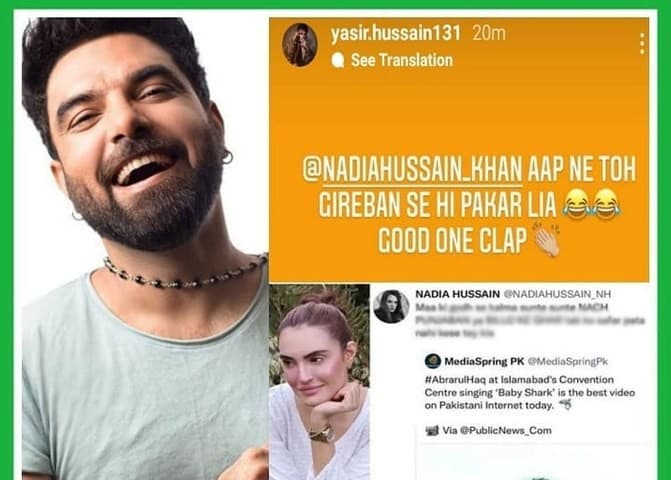 Nadia Hussain said that a person who sings and grew up with music should not say such things. Nadia Hussain wrote that Abrar-ul-Haq should not have talked about the training of today's mothers and should have kept in mind whether listening to their songs is raising the new generation better. 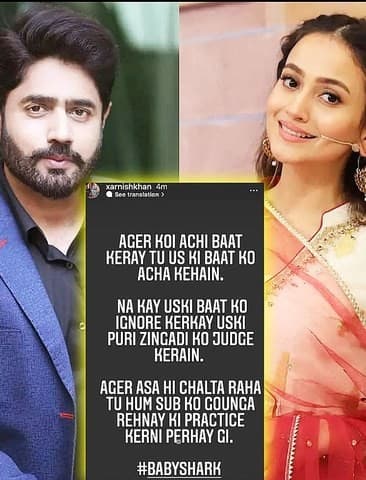 While people like Nadia Hussain and Yasir Hussain appeared on the same page on Abrar-ul-Haq's talk, other showbiz personalities joined the singer. Actress Zarnish Khan termed Abrar-ul-Haq's statement as his personal opinion and said that he should be given a chance to listen to others and have his say, otherwise we will all have to practice being dumb.

The actress wrote that the singer's words should be ignored, not his entire life should be re-examined. Singer Amanat Ali also sided with Abrar-ul-Haq and said that he did not say anything wrong nor did he criticize any woman or mother, he just expressed his opinion. 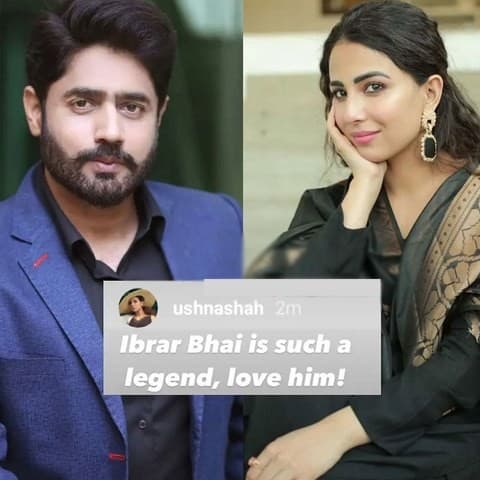 At the same time, Amanat Ali clarified that Abrar-ul-Haq did not compose songs at the age of one or sitting on his mother's lap, he became a musician and a singer when he was older. Like him, actress Ashna Shah also sided with Abrar-ul-Haq and in a short post praised him, calling him a legend and at the same time expressing her love for him.

Apart from showbiz personalities, the general public also seemed divided over Abrar-ul-Haq's statement. While many people agreed with him, many said that it is not the case that every mother would give her child a mobile phone and play songs on it. Are 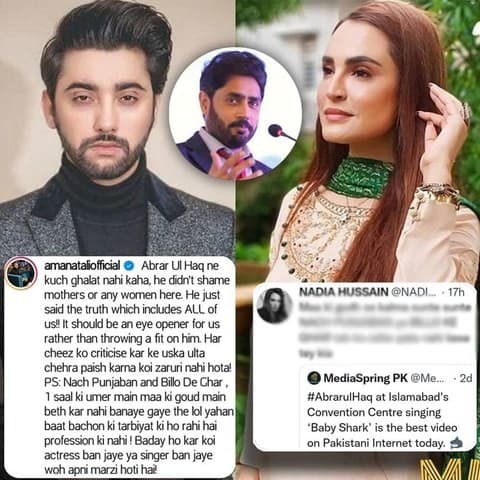 The video for the song "Baby Shark" is thought to be the most watched video on YouTube, having been uploaded by South Korean producers in 2016.

"Baby Shark" is an equally popular song among adults and children around the world.

Related Posts
Fans Congratulate Sajal Aly on Her Birthday
Farhan Saeed and Mehwish Hayat’s video went viral
Mehwish Hayat: I Do Not Need the Approval of Others for Any Work
Film or Web Series on the Personal Life of the Founder of Pakistan
Shazia Naz Was Advised to Meet the Producer to Work on the Film.
Filmmaker Invited as a Judge for Oscar-Nominated Documentaries
Rubina Ashraf's Daughter Minna Tariq's Wedding Celebrations Begin
Narendra Modi get criticized, American comedy critic show stopped broadcasting in India