Showbiz personalities are divided over the remix of the national anthem

At the 21st Lux Style Awards, which took place in Lahore two days ago, people from the entertainment industry gave their unique thoughts on the national anthem remixed by singers Shehzad Roy and Wahab Ali Bugti.

At first, Adnan Siddiqui complained about the national anthem remix and said it was illegal.

He wrote in his post that, to date, the national anthem is presented in all events, sports, and award shows with the original music, which awakens patriotism in the people. Still, the remix ignores these things and violates the constitution.

Many people agreed with Adnan Siddiqui's words, while others disagreed.

After Adnan Siddiqui said bad things about the national anthem remix, actress Sajal Ali also wrote on Instagram that she didn't agree with him.

Sharing the remix video, she clarified that Shehzad Roy and Wahab Ali Bugti did not break any laws nor violate any regulations.

She wrote that as an artist, she found the anthem rendered by Shehzad Roy and Wahab Ali Bugti, and she saw a glimpse of the different cultures of Pakistan in it.

Sajal Ali wrote that no one has the right to tell another person the special measures of patriotism and to make them understand that the country is loved in a certain way.

She wrote that everyone has their own style of patriotism and that one's love for one's country should not be judged.

She also shared the same post in Instagram stories, and actress Anoushey Ashraf commented on Sajal Ali's video post and agreed with the actress and clarified that there are different nationalities living in different countries who express their love for their country in their own way. Their expression should not be judged in the specific spheres of patriotism. 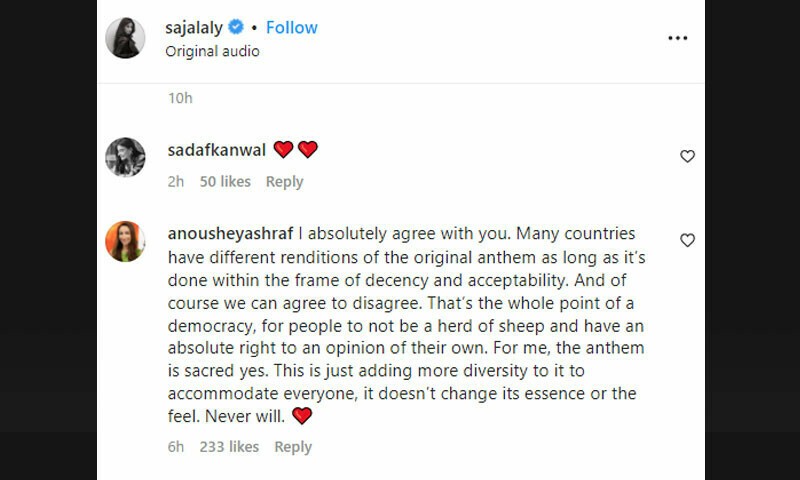 Addressing the actress, Adnan Siddiqui wrote that she is forgetting or has gone on the wrong line because he did not talk about any patriotism or race, but he had mentioned the provisions of the national anthem and its provisions in the Constitution. The importance of this was discussed.

He clarified that groups or nations living in any country can express patriotism in their own way. 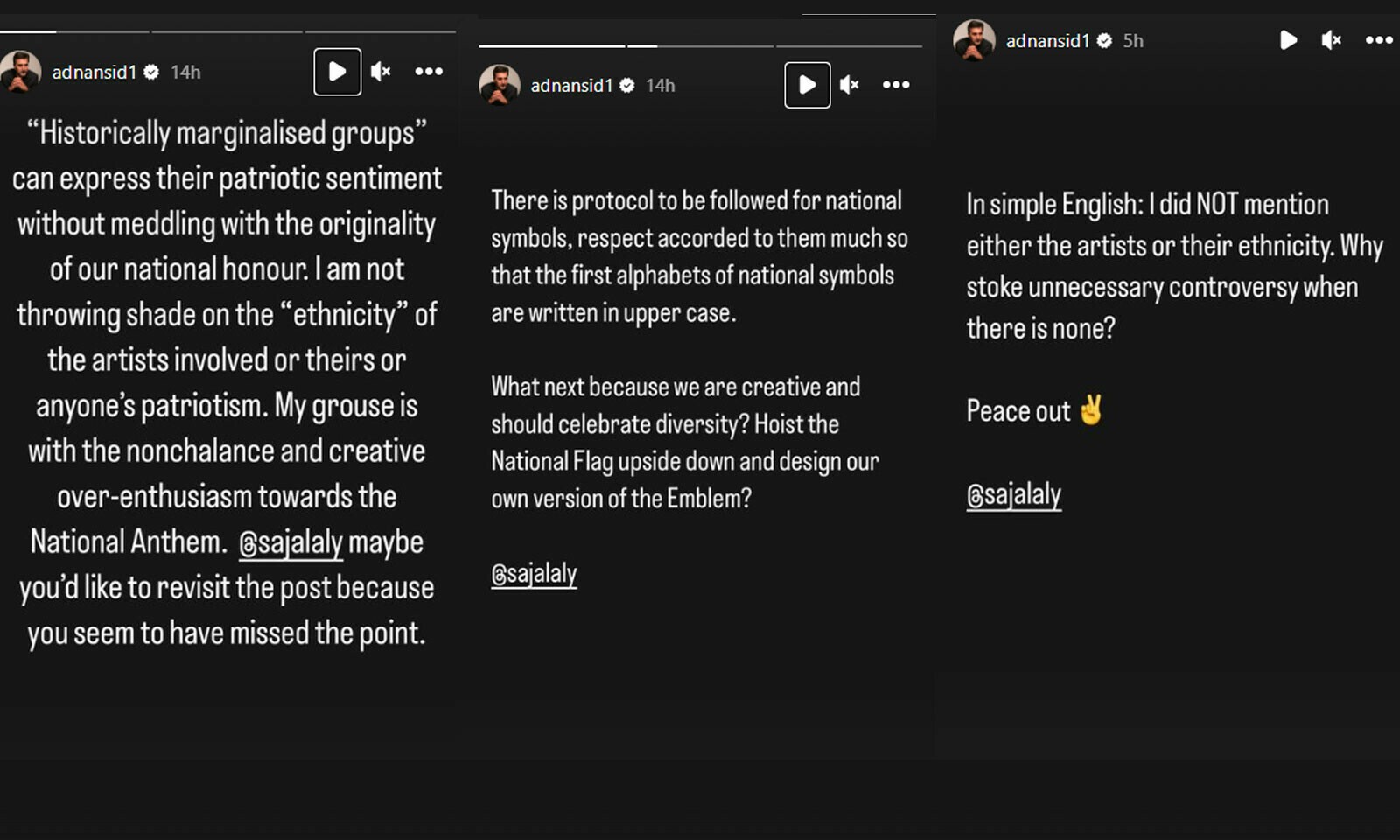 A New Trend Has Started, the Last Episode of 'Parizaad' Has Also Been Announced in Cinemas.

How to cook Silverside?