After coming wedding photos of Pakistani actor shahroz sabzwari with model and actress Sadaf Kanwal to the fore, the discussion on Pakistani social media is not going away.

Sadaf Kanwal is the second wife of shahroz sabzwari and she has been blamed in the past for the separation between shahroz sabzwari and his first wife Saira Yousaf. In this debate, while Shahroz and Sadaf are being criticized, sympathy is being shown to Saira Yusuf and her role is being praised.

Meanwhile, on Monday night, shahroz sabzwari challenged those who spread 'rumors' about him through a video to come forward and prove that the reason for the end of his first marriage was his current wife.

Saira and Shahroz were married in 2012 and in August 2019, the couple separated and then divorced. After his divorce from Saira, Shahroz recently married Sadaf Kanwal, after which he has been criticized on social media in Pakistan. 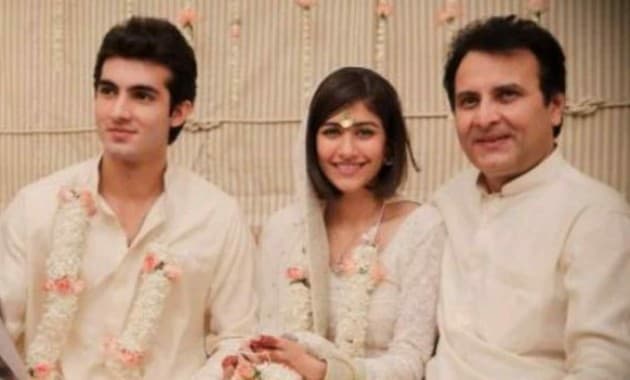 In his video message on Monday night, shahroz sabzwari said that what was being said about him and his family was unbearable. He said that he swore that the reason for his and Saira's separation was not infidelity to any woman including his second wife Sadaf Kanwal or his first wife. He also said that he was openly challenging anyone who said that he had divorced his first wife because of a woman to come forward and give evidence.

shahroz sabzwari said that he had met Sadaf Kanwal four months after his separation from Saira Yusuf. He said that his first video was being distorted and he swore that not a single thing said in it was a lie. shahroz sabzwari also said that he was making this video for his daughter. "Maybe four or five years from now, she'll see it all, so this will be my answer to her."

Remember that shahroz sabzwari and Saira Yusuf are the parents of a six-year-old daughter.

shahroz sabzwari said, "A lot of people wanted me to be quiet, but nowadays I have nothing to keep quiet." At the end of his message, he said that he challenges these people to prove their claims if they have been slandered.

So far there has been no reaction or statement from Saira Yousaf as to whether shahroz sabzwari's second marriage or Sadaf Kanwal's failure was the cause of their first marriage, nor has Sadaf Kanwal spoken in this regard.

It looks like people just waiting for wedding photos to arrive when users found old photos of Sadaf Kanwal with Saira and were seen advising, "Look, this is the end. Don't let your friends flirt with your husbands."

Many users were also happy with Shahroz and Sadaf's marriage and were seen responding to their critics by calling it their private affair.

Many users said that Shahroz and Sadaf are both celebrities and "marriage is not their private affair." "If you want to make your case public, then be prepared to criticize and intervene,".

While many users were angry over the marriage of Sadaf Kanwal and Shahroz, a user named Soha Naveed praised Saira and said, "Not everyone has the same dignity as Saira Yusuf. No drama, no blaming anyone, just move on with your life with silence and respect. 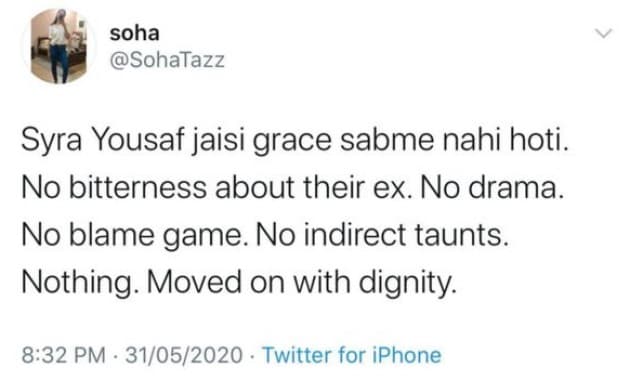 Many social media users have also been asked whether people do not have the right to remarry after divorce.