Shahid Afridi becomes the father of a fifth daughter

Shahid Afridi shared his happiness with his fans on social media.

He shared the gospel with his four daughters in group photos.

Shahid Afridi said, "Allah has numerous blessings on me. After four admirable daughters, Allah has blessed me with a fifth daughter, praise Allah."

The Almighty’s infinite blessings & mercy are upon me...already having been granted 4 wonderful daughters I have now been blessed with a 5th, Alhamdulillah. Sharing this good news with my well-wishers... #FourbecomeFive pic.twitter.com/Yb4ikjghGC

He said he was sharing the good news with his loved ones.

It should be noted that Shahid Afridi was married to Nadia Shahid in the year 2000.

They have four daughters - Aqsa, Anisha, Ajwah and Asmara.

By the way, Shahid Afridi doesn't seem to talk much about his personal life or family, but many photos and videos with his family on social media go viral.

Through this book, Shahid Afridi declared that "for social and religious reasons I decided that my daughters would not participate in public sports activities and Their mother agreed with me." 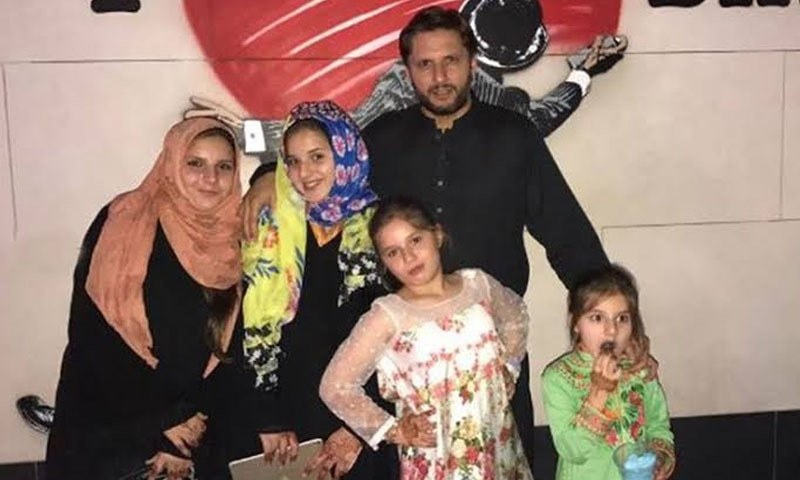 Photo: Twitter
The statement was followed by severe criticism from the player.

Nevertheless, Shahid Afridi wrote on the tweet that he could make decisions for his daughters as a father.

Palestinian President announces termination of all agreements with US, and Israel

Popular Pakistani artists who raise their voice against sexual harassment

No Matter What Clothes Women Wear, Men Will Account for Their Looks, Hamza Ali Abbasi

After Acting, Yasir Hussain Made His Directorial Debut