According to Indian media reports, Shabana Azmi was travelling by her husband, film-maker Javed Akhtar, when her car collided with a moving truck.

The accident took place between the actress and the filmmaker's car between Pune and Mumbai and the accident was so severe that the front of Shabana Azmi's car was completely destroyed.

Shabana Azmi was seriously injured during the accident, but fortunately, Javed Akhtar and his driver were safe and the actress was later shifted to a private hospital in Mumbai. 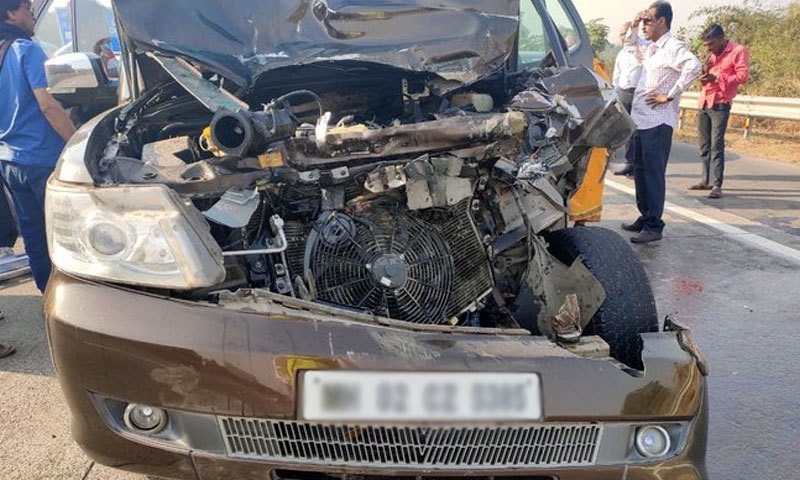 Where the actress is now in better shape and it is being reported that all her reports have come in clear.

According to the filmmaker, Shabana Azmi was kept in the intensive care ward (ICU) for several hours and her condition is improving.
On the other hand, after the Shabana Azmi accident, Indian female journalist, photographer, critic, and blogger Sanjukta Basu raised questions about the actress' accident and forced many to think.
Sanjukta Basu, who writes openly on Bollywood films including showbiz, fashion, politics, Hindu extremism, oppression against minorities in India and recently made controversial citizenship law, has written to Indian news agency 'Asian News International' (A). NI) raised the question about the actress's accidental tweet and forced many to think. 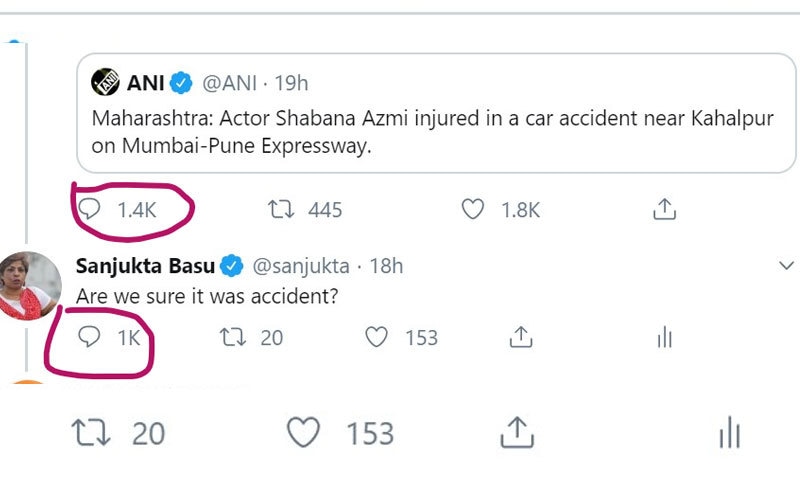 While criticizing the female journalist for questioning her on ANI's tweet, some people even agreed with her and said that the incident should be investigated.

However, Sanjukta Basu tweeted about the answers he received after his own question and said that his question was abused and criticized in 400 comments out of 409 comments.

The female journalist alleged that she was criticized by Hindu extremists for raising questions. 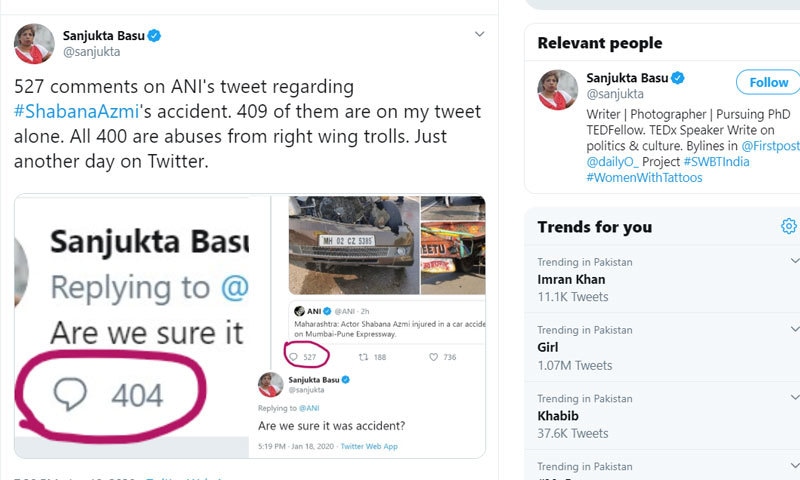 On the other hand, according to Indian media, after the accident, Mumbai police filed a complaint against Shabana Azmi's driver for violating traffic rules, including takeovers and speeding.