On the occasion of the 21st anniversary of famous pop singer Nazia Hassan, her brother singer Zohaib Hassan opened a new Pandora's box by making serious revelations about her sister's death.

Nazia Hassan, who sang songs like "Friendship, Disco Crazy, Eye-catching, Boom Boom and Heartbreak", died of cancer on August 13, 2000. And now, on the occasion of her 21st birthday, her brother Zohaib Hassan has opened a new Pandora's box with serious revelations about her death and marital life. 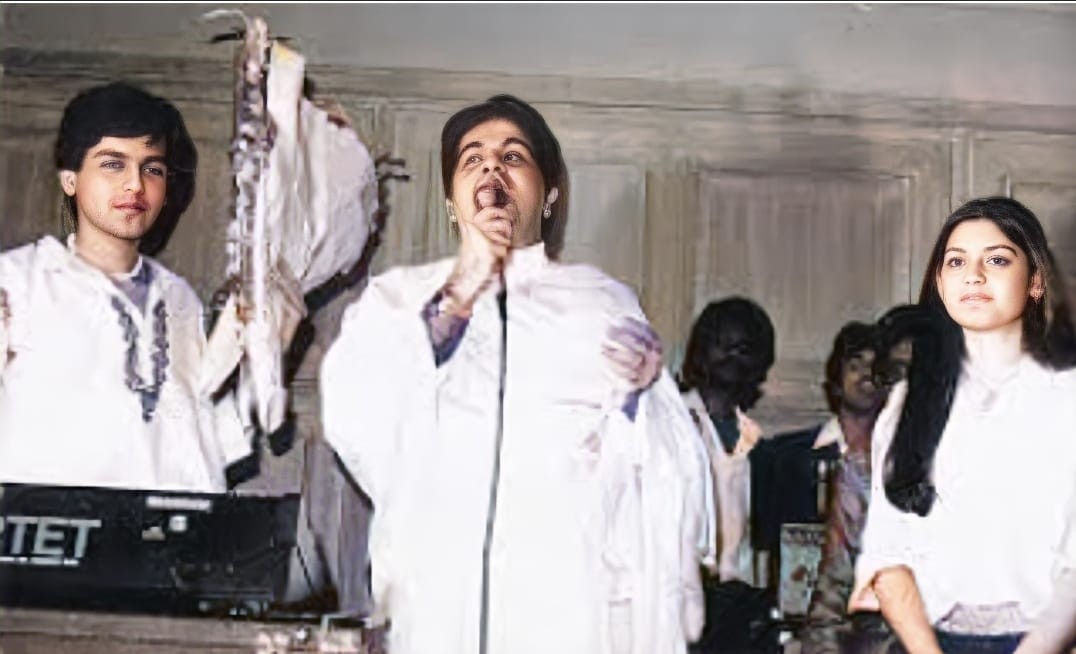 In an exclusive interview with Sama TV, Zohaib Hassan claimed that before her death, Nazia Hassan had said in her affidavit to the police on the instructions of a British court that her husband Mirza Ishtiaq Baig had fed her "arsenic". Arsenic is a chemically toxic substance and excessive amounts of it pose a threat to human health and life.

According to Zohaib Hassan, her sister had given a 10-page affidavit to the British police stating that she had been fed something by her husband, after which her condition deteriorated. Nazia Hassan was diagnosed with ovarian cancer only after her husband fed her something suspicious, and one of her ovaries was removed, she said.

Making serious revelations, the singer said that after the ovary was removed, the doctors had given Nazia Hassan a certificate of recovery from cancer, but later when she was diagnosed with lung cancer, the doctors were also surprised.

According to her, Nazia Hassan had written a statement to the police while undergoing treatment for lung cancer, in which she claimed that her husband had fed her something suspicious. The singer said that Nazia Hassan in her statement had also accused her husband of torture and ill-treatment, including imprisonment.

According to Zohaib Hassan, it was because of her husband's mistreatment that her sister gave importance to getting a divorce from her husband even before she died. The singer said that before her sister died while undergoing treatment for cancer, she went to the Pakistani High Commission in the UK and signed divorce papers from her husband.

Talking to Geo News, Zohaib Hassan reiterated the same allegations and said that he too had recently received documents of Nazia Hassan's affidavit. According to the singer, she did not know that her sister had recorded a 10-page statement before she died, but 10 months after her father passed away, she inspected her belongings and found copies of Nazia Hassan's statement. ۔

He also said that his sister's ex-husband Nazia Hassan came on TV on every anniversary and birthday and made false claims and provided false information. Zohaib Hassan claimed that Mirza Ishtiaq Baig showed fake medical certificates related to his sister's health and also falsely claimed that he was not divorced.

He said that according to Shariah and legal documents, his sister and Mirza Ishtiaq Baig were divorced, but if Nazia Hassan's husband did not agree, he could not do anything about it. Zohaib Hassan said that Mirza Ishtiaq Baig's words and claims about his sister have been causing him great shock and pain.Zohaib Hassan later shared copies of the divorce and affidavit given to the police through a Facebook account created in Nazia Hassan's name. Nazia Hassan started her career in 1975 with a children's program 'Kaliyon Ki Mala' aired on PTV, where she sang her first song 'Dosti Aisa Naata'.She was born in Karachi on April 3, 1965 and soon made her mark in Pakistan's showbiz industry with her unique style.

Nazia Hassan became world famous for her song 'Aap Jaisa Koi' sung for the Bollywood film 'Qurbani'. She was the first Pakistani singer to be awarded the Filmfare Award. Nazia Hassan's best songs include Friendship, Disco Crazy, Eye-catching, Boom Boom and Heartbreak, these songs are still ruling the hearts of her fans.

As well as being a singer, Nazia Hassan was also a political analyst who became Pakistan's cultural ambassador in 1991.

Ahsan Khan got the Blessing of Umrah

Saud's Revelation About His Marriage a Decade and a Half Later

Journalist scammed with Politician for not giving an interview, Reema Khan