Senior actor Mahmood Akhtar, who started his career with Pakistan Television (PTV), also fell ill and fans were asked to pray for his recovery.

Mahmood Akhtar started his career in the 1970s and 1980s and gained fame for his performances in a few popular PTV dramas.

Mahmood Akhtar got his most fame from PTV's blockbuster drama 'Hawaayen', however, he also acted in several other popular dramas.

Mahmood Akhtar, who lost his father's affection at an early age, spent his childhood in extreme poverty and was raised by his mother alone.

Despite being overweight, Mahmood Akhtar still appears on TV screens and has also acted in dramas, sitcoms and shows for various private TV channels.

Recently, actor Nabil Zafar, who has worked with him in several dramas, shared a photo of Mahmood Akhtar and Tanveer Jamal in his Instagram post and also appealed to the fans to pray for their recovery.

Nabil Zafar informed about the ill health of both the senior actors and asked the fans to pray for their recovery.

He did not elaborate further on the health of Mahmood Akhtar, however, in his post, several fans claimed that the actor has been diagnosed with cancer, but such reports could not be confirmed.

Earlier last week, it was reported that Tanveer Jamal had been diagnosed with lung cancer and was admitted to a hospital in Japan.

When Nabil Zafar shared a picture of Mahmood Akhtar with Tanveer Jamal, people thought that he may have also got cancer, however, the actor's family or close friends did not issue any explanation in this regard.

In an interview given to ARY in the year 2019, Mahmood Akhtar had said that when he was only 6 months old, his father had passed away and at that time his mother was 23 years young and a beautiful girl. But because of them, he did not remarry.

The actor had said that his mother sacrificed her life for his better upbringing and education and his mother trained him and his only sister brilliantly. 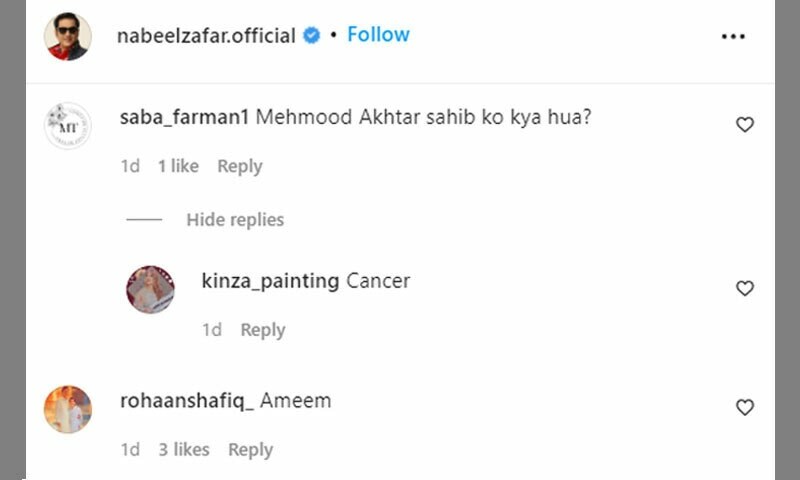 Mahmood Akhtar had said that his mother had educated him due to great difficulties and when he stepped into the showbiz, his mother was very happy to see his rise.

Mahmood Akhtar had also said that within two years of his mother's death, his only sister had also met Khaliq Haqiqi and he had become lonely.

As soon as the news of Mahmood Akhtar's illness came to light, fans including showbiz personalities prayed for his recovery. 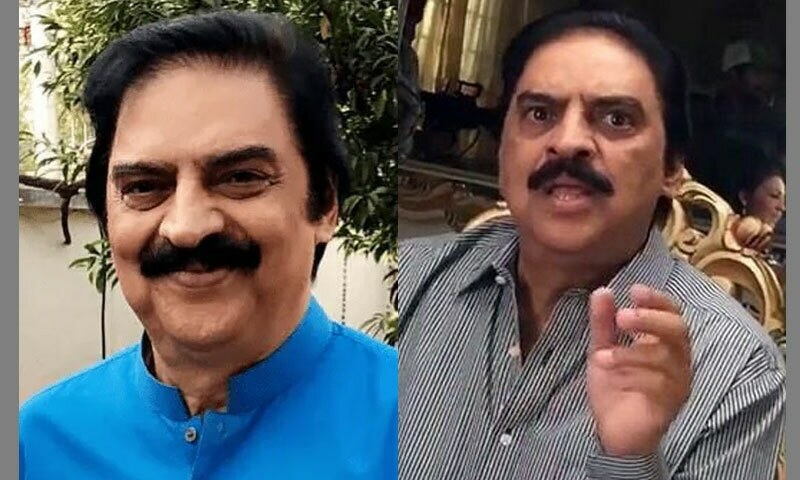 Gautam Gambhir Out of control at Afridi old statement, and call him Liar, and a traitor

China's neighbor where not a single patient has died from corona

Related Posts
Mahwish Hayat Needs 'blonde' for Marriage, Humayun Saeed
Anurag Kashyap announces to auction his award for Corona victims
A glimpse of a rare brown bear in Spain after 150 years
Yasir Hussain's hilarious response to Iqra Aziz's emotional note
Manzar Sehbai, and actress Samina Ahmed got married at the age of 70
Actress Meera faces criticism for sharing her photo with Sheikh Rasheed
Flight is being arranged for Pakistanis stranded in Thailand
Tom Hanks, who is recovering from Corona, will donate blood and plasma