On New Year's Eve, actress Sanam Jung shared a lonely photo on Instagram, on which fans started commenting on her photo that she too got divorced.

But now the actress has clarified such rumors and fan comments and termed the news of divorce as false and fabricated. Sanam Jung shared a photo with her husband in a cheerful mood on Instagram on December 3, saying that rumors of her divorce were spread based on fans' comments on her happy and married life. The actress wrote that she had no intention of explaining the rumors of divorce and the nonsensical comments in the news but as the rumors were disturbing her husband and other family members, she had to explain.

The actress termed the comments and news of the fans as fabricated and said that there was no truth in the news of their divorce and their families are very upset with such news. She wrote that her husband and other family members had received phone calls from several relatives and that their happy lives were affected by the rumors. Sanam Jung wrote that her sixth wedding anniversary is coming soon and she is living a happy life while she intends to spend the rest of her life in the same way. 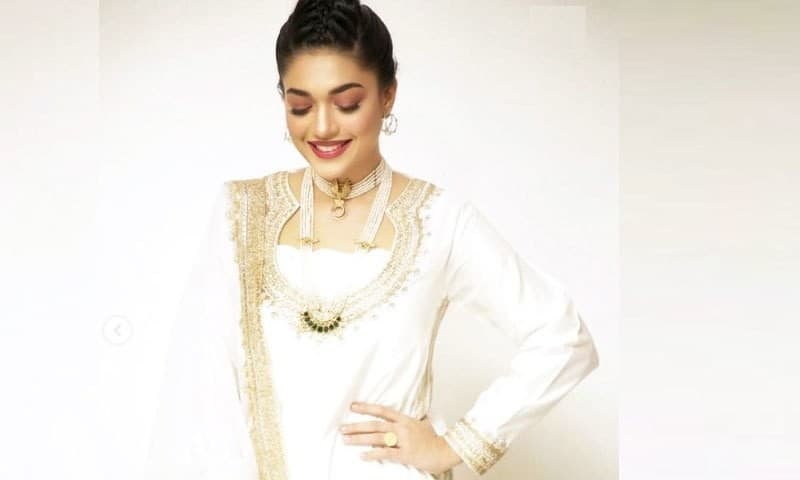 He appealed to the fans to spread rumors without knowing the facts about his personal life. Rumors are affecting his life and happiness. She also mentioned her husband Syed Abdul Qassam Jafari in the post. Many people prayed for her happiness and also thanked her for releasing the explanation. It may be recalled that Sanam Jung was married to Syed Abdul Qassam Jafari in early 2016, who has nothing to do with showbiz.

Sanam Jung gave birth to her first daughter at the end of 2016 and last year the actress and her daughter Alia Jafri were also diagnosed with corona, but both recovered within 2 weeks.

Related Posts
The Interview is Mine, I Will Speak - Nimrah Ali's Video Goes Viral on Social Media
I don't understand why people cry over separation, Javeria Abbasi
What is Maya Ali doing during Lockdown?
Senior actors are not appreciated in Pakistan, Badar Khalil
Showbiz Stars Who Fell Seriously Ill at an Early Age
Manal Khan Accused of Stealing Kylie Jenner's Breakfast Photo
Hareem Farooq unveils the important secret
In the days of Corona, the 'Don't Rush' challenge was popular after 'Onana'