Model and actress Sadaf Kanwal, who recently tied the knot with actress Shehroz Sabzwari, has announced that she will no longer do item numbers in films. According to Sadaf Kanwal, who had earlier performed brilliantly on Nabil Qureshi's blockbuster film 'Na Maloom Afraad 2' on the song 'Kaif-o-Sarwar', she is no longer unmarried to perform item songs.

In an interview given to Independent Urdu, Sadaf Kanwal spoke openly about her popular item song 'Kaif O Suroor' which was released in 2017 and also criticized her marriage to Shehroz Sabzwari. The actress said that she still considers her performance on 'Kaif O Suroor' as the best performance and according to her, the song was inseparable from the film, that is why she acted in it. According to Sadaf Kanwal, the story of Na Maloom Afraad 2 came to such a point that if the song 'Kaif O Suroor' was not included in it, its story could not have progressed, so considering the importance of the song, she performed. 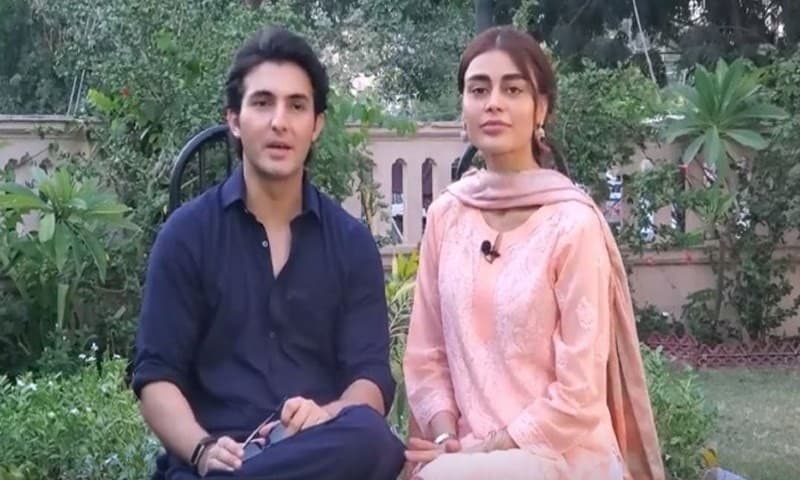 In response to a question, Sadaf Kanwal claimed that Shehroz Sabzwari has no problem with her 'Kaif-o-Sarwar' performances and to date, he has not spoken on the song. During the interview, Shehroz Sabzwari described Sadaf Kanwal as a girl with a strong mind and nerves and also called her the best actress and said that she is colored in every outfit and performance. The two also talked about their upcoming telefilm 'Ghar Ke Na Ghat Ke' and said that they have also played the role of a couple in the said film and released the film on private TV channel ARY on Eid-ul-Adha.

He declined to comment further on the telefilm's story and spoke openly about the criticism of his marriage. Both admitted that they did not mind the criticism of their marriage, while Sadaf Kanwal said that she wanted more criticism to wash away their sins. It may be recalled that Sadaf Kanwal and Shehroz Sabzwari had announced their marriage on May 31 this year through social media posts. Both confirmed after a long conversation that they are now one.

Saira and Shehzoor were married in 2012 and have a 6-year-old daughter, Noor. They were one of the most popular and beautiful couples in the showbiz industry. Only two months after the divorce, Shehroz Sabzwari confirmed his marriage to Sadaf through his social media post, but his marriage was severely criticized by the fans and personal attacks were also made on model Sadaf Kanwal.