Saba Qamar, the actress of the recently released film 'Kamali', has hinted that she will probably marry a foreigner and it is quite possible that she will say goodbye to showbiz after marriage.

Saba Qamar had hinted at marrying Pakistani-born Australian businessman and YouTuber Azeem Khan soon in early 2021, but the actress ended her relationship with Azeem Khan after allegations of sexual harassment by girls surfaced. However, a year later, the actress has been seen repeatedly talking about marriage and relationships in her interviews for the past few weeks, and just a week ago, she hinted that she would probably tie the knot by the end of this year. 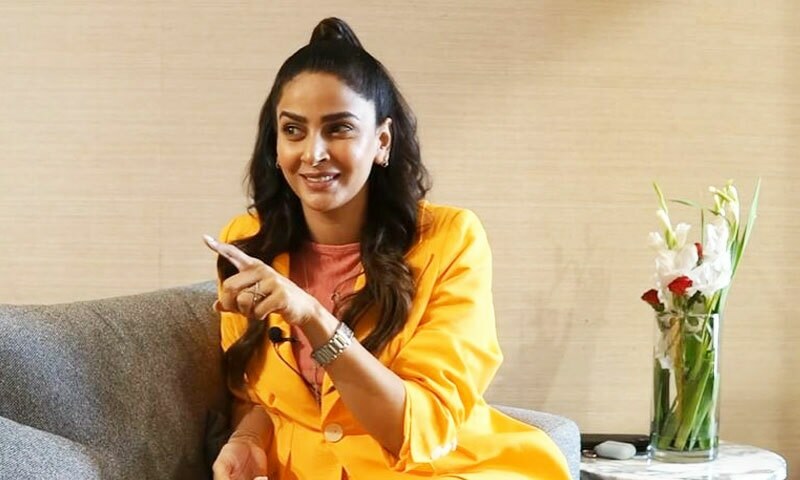 Now, in a recent interview, she talked more about his marriage and hinted at quitting showbiz after getting married.

In a recent interview with journalist Maleeha Rehman, Saba Qamar talked about her role in the film 'Kamali' and other roles she has played till date.

She also talked about marriage and personal life. In response to a question, the actress confirmed that she has been in a relationship with a man for some time and after the relationship with him, his idea about love changed.

The actress declined to give any details about the man, saying he was a foreigner but a Muslim. Saba Qamar did not specify whether the person with whom she has a relationship and whom she intends to marry is of Pakistani origin or a foreign national by birth.

She also expressed her intention to get married soon and at the same time expressed her desire to go on Hajj with her future husband after marriage.

In response to another question, Saba Qamar said that she thinks that she will not be able to maintain her showbiz career after marriage and if her husband asks her to quit acting then she is ready to take this step for her.

She said with a smile that after the marriage, she will be performing at home with her husband, however, she will continue to share her videos and photos on social media. After repeated talks by Saba Qamar over the past few weeks about marriage, it is being speculated that she may tie the knot this winter.

The only restaurant in the world based on the prison style

Ipl 2021 Has Been Postponed Due to Coronavirus Outbreak