Prince Harry and his wife, Meghan Markle, who migrated from the UK to Canada and then to the United States after leaving royal life in February this year, Have announced not to exchange any information with at least 4 British broadcasting companies.

Prince Harry and his American spouse Meghan Markle have announced not to share any information with the UK's Daily Mail, The Sun, The Mirror and The Express.

Prior to this announcement, the duo also filed a lawsuit in October last year against the Sun, The Mirror and The Mail on Sunday for allegedly recording false and fabricated phone calls.

The news agency AFP cited reports from the British newspaper The Guardian and the Financial Times in its report that Prince Harry and Meghan Markle did not clarify any information exchanges or confirmation of information with the four British broadcasting agencies. Announced.

According to the report, a letter from Prince Harry and Meghan Markle's media spokesperson to the four British media houses stated that the aforementioned media houses' websites, newspapers, and magazines publish false information about the couple. 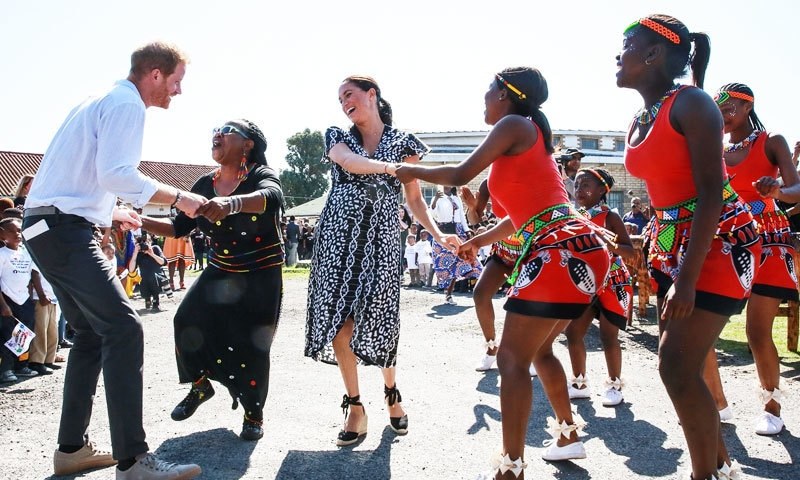 Prince Harry and Meghan Markle sued British media after visiting Africa in September 2019
In a letter written to the media houses, British broadcasting companies have been accused of playing with other people's lives for their cheap fame and earnings, and they publish stories they like.

The letter states that Prince Harry and Meghan Markle have no objection to critical news, but no information is exchanged with The Sun, The Mail, The Mirror and The Express because of false and baseless news about the couple.
Regarding the aforementioned letter from the royal couple, the editors of other leading British media houses say that the purpose of the letter is that the royal couple will now not share any of their information with the aforementioned media houses. Nor will the pair provide any explanation for the contact made by these entities to confirm any information.

Prince Harry and Meghan Markle officially relinquish royal status March 10
It may be recalled that in October 2019 Prince Harry filed a lawsuit against 'The Sun' and 'The Mirror' in an old case.

Prince Harry sued both British newspapers under the old 2011 case and had approached the court for confidential recording of the phone in both newspapers.

It is also worth mentioning here that the four media houses in the UK - The Sun, The Mail, The Mirror and the Express - continue to publish the highest and most sensational news about the royal family, and the royal family is the source of these media houses. Other people have also expressed gratitude.

A daughter has been born to Rupert Grint, who played Ron Weasley in Harry Potter

Kanye West Announces to Run for Us Presidency 2020