News about a marriage of Pakistani Celebrities Sajal Ali and Ahad Raza Mir began last year when the two engaged.

Yesterday, Sajal Ali's co-star actress Zara Noor Abbas also posted an Instagram regarding her marriage, but she also did not specify in her post how long the actress will get married but she has decided to marry the actress. As mentioned, the fans knew that they would be married soon. 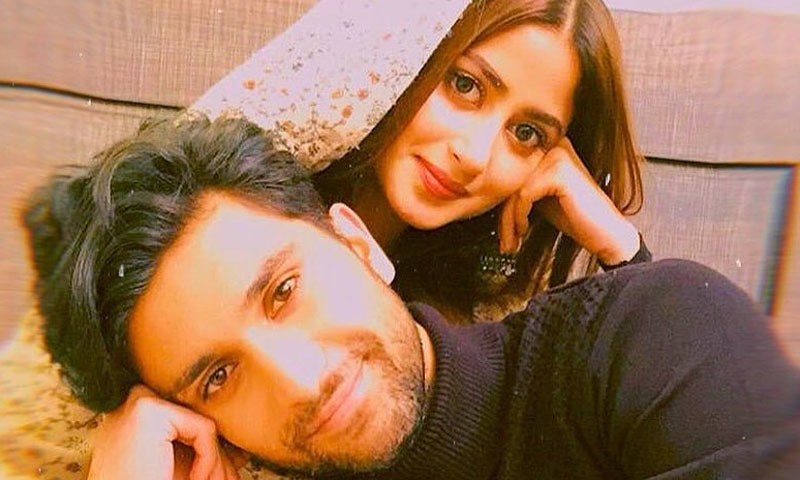 The duo is very fond of it - Photos: Sajal Ali Instagram
Actress Zara Noor Abbas shared her old photo with Sajal Ali and wrote, "A decade, we have seen a lot, shared a lot, lived together in life, death, happiness, conflict, and difficult situations. Now you are about to embark on a new journey in your life. '

Zara Noor Abbas also wrote, "I do not believe that you are going to get married, I never thought that this day would come so soon but I always knew that you would go far, my prayer. You always get the best '.

The actress wrote while addressing Ahad Raza Mir, Sajal's fiancee, that "Sajal should tell his future husband that you will always be mine first."

And now photos of Sajal Ali and Ahad Raza Mir's wedding celebrations on social media are going viral and fans of both are claiming in social media posts that the wedding ceremony started on the evening of March 12. 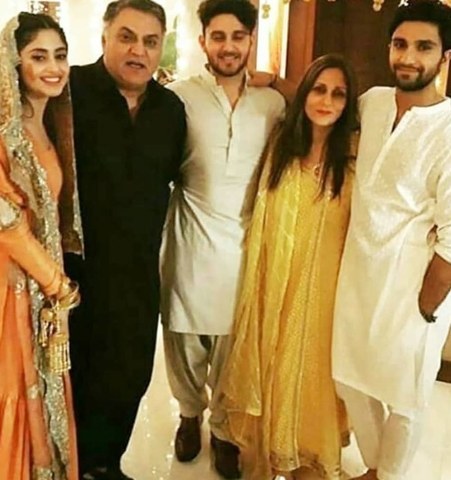 Some of the photos that went viral also showed the couple's family - Photo: Instagram
The photos show that the two had a “Mayon” celebration on March 12, and the two could be seen cheering on the viral photos.

Their fans also used the hashtag 'Sihad' on the occasion of the “Mayon” ceremony, in which photos of both their wedding celebrations were shared.

Interestingly, the two did not share a photo on their social media accounts and did not inform the fans about their wedding ceremony, despite the photos of their wedding celebrations going viral.

It is thought that the duo will tell the good news to the fans after their marriage. 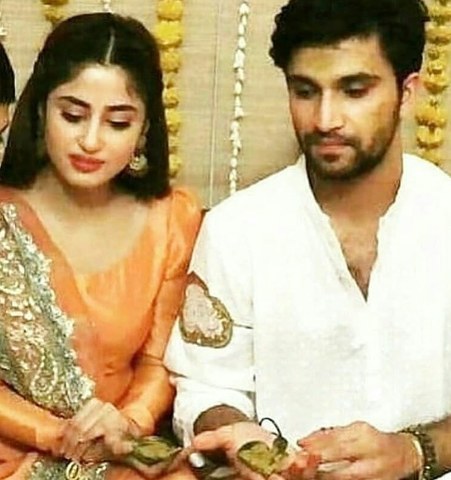 Both can be viewed in simplicity in viral images — Photo: Instagram
It should be noted that the duo's drumming took place at the end of February last month, while on February 29, British Deputy High Commissioner to Pakistan Mike Nitha Darnacs said in his tweet that he had been invited by Sajal Ali and Ahad Raza Mir to their wedding.
British Deputy High Commissioner Mike Nitha Darnacs did not say when and where the couple would be married, but he confirmed that the couple had invited her to the wedding and shared the photo with the acting couple. 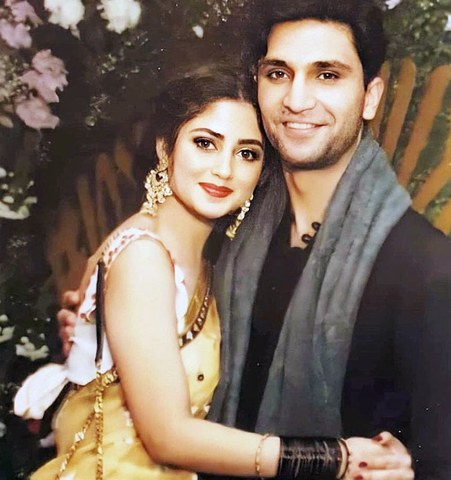 4 Rules for Living in a Relationship Again After a Disappointment

Shehryar Munawar, Deepika Padukone Having Dinner Together in Dubai