Paris Hilton, a 40-year-old American singer, actress and businessman, began a new life eight months after her engagement to Carter Reem, 40. Paris Hilton and Carter Reeves got engaged in February this year on the occasion of the actress' 40th birthday.

According to the showbiz website eNews, Paris Hilton and Carter Reyum got married in Los Angeles in the presence of close relatives and friends and the festivities lasted for a while. According to the report, Paris Hilton wore clothes of famous fashion houses during various wedding ceremonies and she did not publicize the wedding invitation.

Paris Hilton has been engaged twice before to Carter Reyom, but both of them broke up a year before the marriage. Paris Hilton, who started modeling with former US President Donald Trump's modeling agency at the age of 19, has been in the news for her romantic relationship and bold life. Paris Hilton has said many times in the past that she does not have time to live a romantic life with anyone and she wants children without marriage. 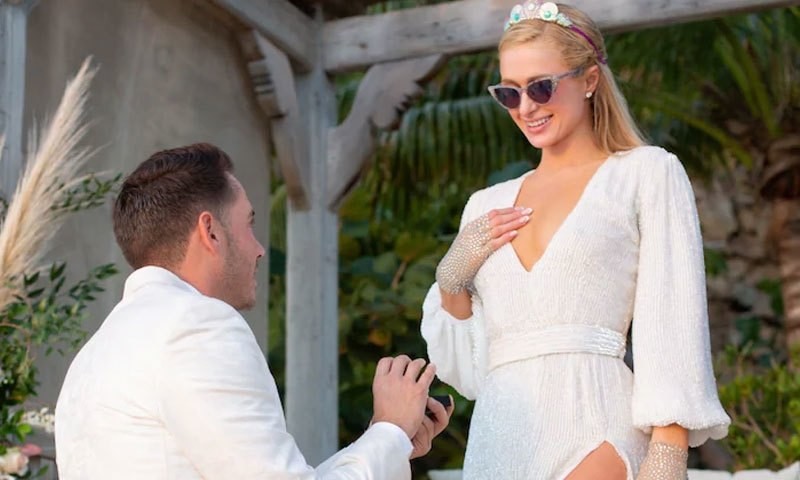 Paris Hilton rose to prominence 17 years ago in 2003 when some of her pornographic videos were leaked and later in 2007 several of her personal videos, photos and documents were also released on a website.

No Great Actress Can Play the Role of Maryam Nawaz, Hina Pervaiz Butt