For the first time, the world's most prestigious film award-giving Oscars, The Academy of Motion Picture Arts and Sciences has announced a unique change in the nomination of films.

The Oscar-giving academy has announced for the first time that the film will be nominated for the world's most prestigious award in the future, with the film team hiring actors and other teams without distinction of color or race.

According to the news agency Writers Oscar academy officials announced after worldwide protests against racism that the next film to be nominated for the award would be a team whose work transcends race and color. According to the report, the academy officials clarified that the award-giving academy will work closely with the Film Producers Guild, an organization of film producers, and will ensure that the film itself is nominated for the award. The team has provided equal opportunities to people of all colors and races. 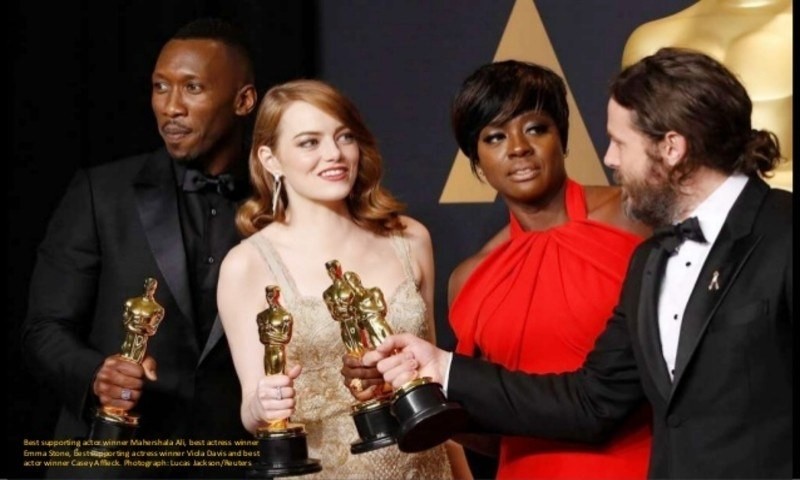 According to Oscar officials, the next film to be nominated will be the one whose team has cast actors of all colors and races on the screen and it has also provided other opportunities to all kinds of people. In other words, for the Oscar nomination, it is necessary for the film team to hire people of all colors, i.e. black and white, in the technical staff, including the cast. The academy clarified that this condition will not apply to the films nominated this year, however, from next year, the decision to nominate films and win film awards will be made on that basis.

This is the first time that the Oscar Academy has announced such a major change. Earlier in April this year, the Academy announced that films that could not be released due to the Corona epidemic would also be nominated for an Oscar this year. At the same time, the academy officials announced that this time the awards will not be given for two categories.

The awards will not be given in the categories of sound mixing and sound editing at the Oscars in 2021.

The Oscar Academy has been criticized over the past few years for awarding prizes exclusively to white actors, directors, and producers. The academy has been criticized for not nominating or underestimating black people for awards, and the Oscar academy has promised to end such complaints. The academy's recent announcement comes at a time when protests are being held around the world, including in the United States, against racism and hatred of blacks in particular. Protests against racism around the world, including in the United States, began last May when George Floyd, a black man, was shot dead by police in Minneapolis, Minnesota.

Palestinians are no longer bound by Oslo deal after proposed US plan: Mahmoud Abbas

The Baagh Exhibition, A Unique Exhibition of Embroidered Installations

How to Open Blocked Sites?

Ali Abbas: Nowadays, Casting Is Based on Instagram Followers, Not Talent

The Credit for a Successful Marriage Goes to the Husband, Sadia Imam

Sofia, a Swedish princess, works in a hospital for patients with coronavirus