The administration of Mecca, the city of Saudi Arabia's most important and sacred city for Muslims, ordered the arrest of a controversial video-maker.

According to Gulf News, Gulf News, the governor of Mecca ordered the arrest of Asif Asifi, an African African rapper and singer, after a video surfaced a few days ago.

According to reports, the governor of Mecca Prince Khalid bin Faisal ordered the young singer to be arrested after the video went viral.

The aforementioned girl released a video a few days ago in which she was seen singing in hotels and tea houses in Mecca in Hijab.

The song 'Binate Mecca,' the song of the girl from Mecca, released by Ashali, was widely criticized by many. 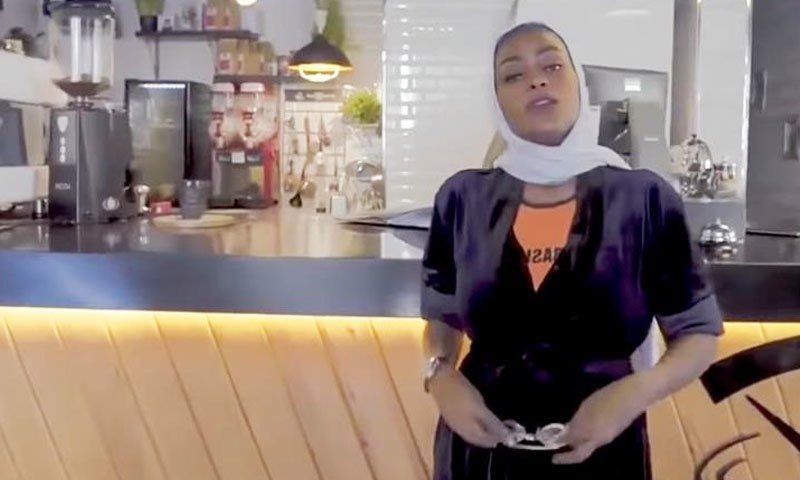 The singer's ancestors belonged to the African country of Eritrea, Arab media - screenshot
In the song where the singer was shown in the hijab, the girls and the boys were shown in front of them, dancing.

The song also featured underage girls, including young boys and girls, dancing in hotels, but they were all fully dressed.

The video went viral on Arab social media after it was released on YouTube and people expressed their indignation at showing the girls in the holy city of Mecca as they danced.

Many launched a campaign on social media against the song and also demanded authorities arrest the rapper.

The song was removed from YouTube after being criticized on social media, but the video is still available on other YouTube channels and social media apps.

Individuals launching the campaign against the song also used the hashtag 'These girls are not from Mecca' and said that the singer is also from Africa.

Although the governor of Mecca has ordered the arrest of the rapper, the singer has not yet been arrested.

Related Posts
What are Hamza Ali Abbasi and Naimal Khawar Khan doing during the lockdown?
How to avoid Corona? Ali Gul Pir's Message in Sindhi
I don't understand why people cry over separation, Javeria Abbasi
Young Carmaker Reacts to Nada Yasir's Mockery of 'formula One'
Destroy 8 years of my life to save a relationship, Saba Qamar
It Is Not Necessary for a Boy to Express Love Every Time, Sarwat Gilani
Following Court Orders, the Cbi Has Intensified Its Probe Into the Sushant Singh Case
Actress Yumna Zaidi also became a poet