News of the sudden demise of Bollywood legendary actor Rishi Kapoor shocked not only Bollywood but also the Pakistani entertainment industry.

Rishi Kapoor died at the age of 67 at the Sir HM Reliance Foundation Hospital in Mumbai.

After his death, a statement was issued by his family in which he asked the fans to remember Rishi Kapoor with a smile.

According to Indian media reports, Rishi Kapoor had been battling cancer for almost two years and was admitted to the hospital yesterday with difficulty in breathing where he lost his life.

Since the news of his demise came to light, personalities from the showbiz industry have been expressing their grief on social media, while a tribute was also paid to Rishi Kapoor.

Rishi Kapoor's daughter Riddhima shared a photo with him on Instagram and wrote in her post that "You were my strongest support, I will miss you every day, until I meet you again".

Akshay Kumar wrote in his tweet that "It looks like we are having a bad dream. I was heartbroken to hear the news of Rishi Ji's demise. He was a legend, a great fellow actor, and a very good friend of our family." ۔

Meanwhile, actress Priyanka shared a photo with Rishi Kapoor and Netosangh and wrote, "My heart is getting very heavy, this is the end of an era, Rishi Ji can't find talent like you again, I'm glad to know you a little bit. It's lucky. " 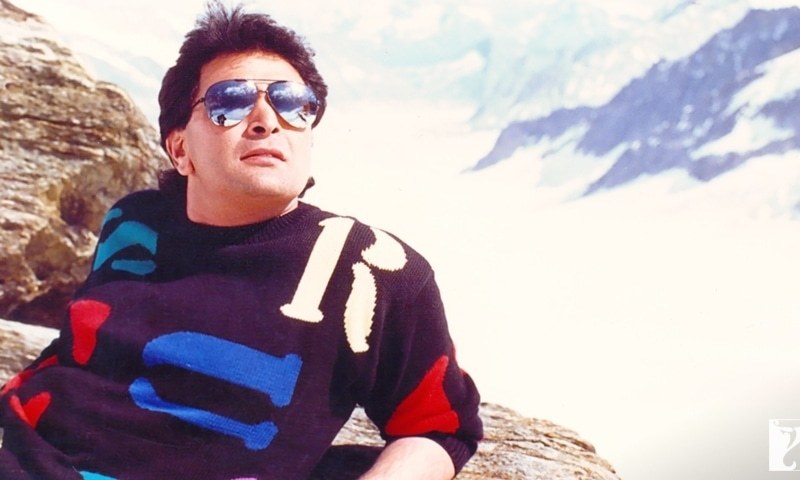 Ranveer Singh shared his photo with Rishi Kapoor and expressed his grief over his demise.

Actress Mawra Hussain wrote in her post that Rishi Kapoor will always be a legend.

Ajay Devgn wrote, "The news of Rishi Ji's death is like someone stabbed me in the heart. We worked together in the movie Raju Chacha in 2000 and have been in touch ever since. My condolences to Family Netoji, Ranbir, Riddhima.

Actor Adnan Siddiqui also shared a photo of Rishi Kapoor on his Instagram account and wrote that he will always be remembered.

Tapshi Panu, who worked with Rishi Kapoor in the 2018 film 'Malik', also wrote in her post that she worked together in two films and our hat-trick remained, hopefully, we will meet her again somewhere and she smiled like this.

Aamir Khan wrote in his tweet that "We lost a great actor today, thank you for bringing happiness in our lives, you will always be remembered".

Sonam Kapoor shared a photo with Rishi Kapoor and wrote that she is sad that she could not say goodbye to Rishi Kapoor for the last time.

Sonakshi Sinha also expressed grief over the demise of Rishi Kapoor and wrote that thank you very much for her memories.

Zara Noor Abbas shared a photo of Rishi Kapoor and the lyrics of a song from her film.

According to Shaan Shahid, Rishi Kapoor was an icon whose films no one can forget.

Never Pretended to Be in Love With a Boy, Mahira Khan

Twenty-seven years have passed since Sultan Rahi left the fans

Federal Government's Plan to Give Mobile to People in Installments