Actress Nimra Khan was admitted to the hospital due to severe pain and illness, from where she shared a post on social media and appealed to her fans to pray.

The actress said in Instagram stories late on August 10 that she has been shifted to the hospital due to severe pain and also shared a picture of canola in her hand from the bed. Nimra Khan also shared an audio dedicated to her Instagram story, in which she shared her plight with her fans. 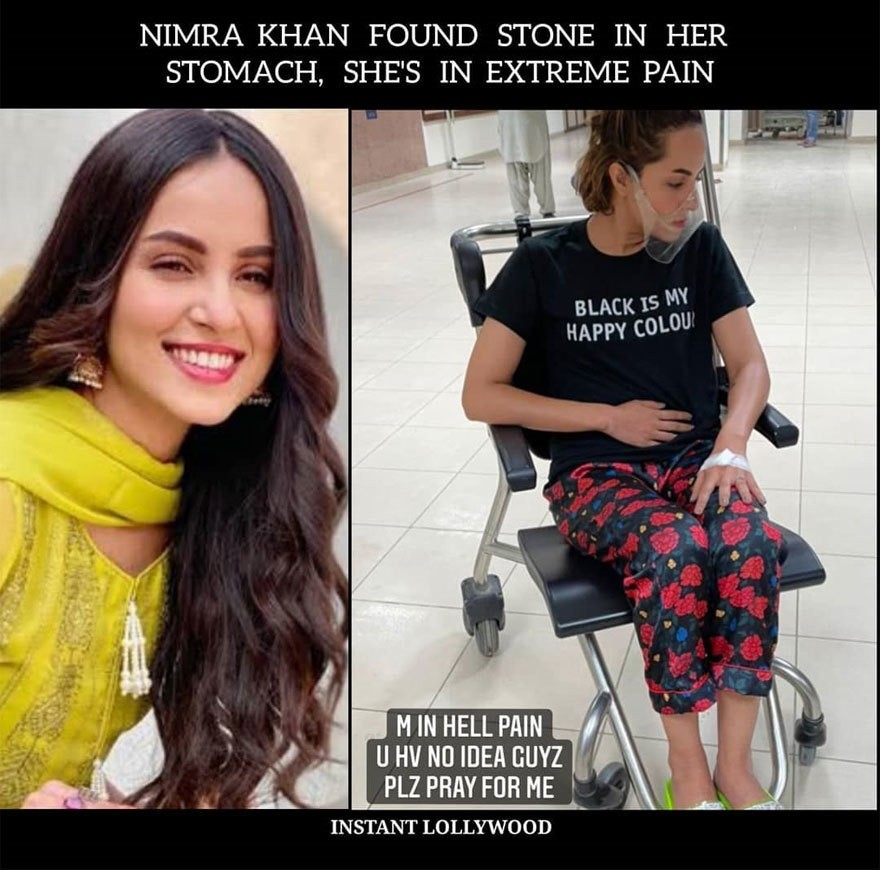 The actress also did not specify where and to which hospital she was shifted, but some social media pages claimed that Nimra Khan had a stone in her stomach, which caused her severe pain.

However, the actress did not elaborate in this regard nor did the social media pages claiming so cite any authoritative source. After the news of Nimra Khan's illness came to light, his fans became anxious and were seen praying for his speedy recovery.

Lawyers Wearing Jinnah's Coat Did Worse than the Ignorant Ones

A student from Karachi University has produced edible Plastic

Why February 2020 is unlucky for India