Nida yasir Rejected rumors of her health regarding Corona

Actress and TV host Nida Yasir and her daughters, including her husband, were diagnosed with corona on May 25 last month.
Actor Naveed Raza, who participated in his morning show, also confirmed the outbreak.

It was thought that some of the personalities attending Nida Yasir's morning shows and some of his staff might also be victims of Corona.

However, the actress claimed that corona was not diagnosed in the house staff, including her staff, while her son was not infected with the coronavirus.

The actress had confirmed that her daughters and her husband actor Yasir Nawaz and they were diagnosed with Corona.

Actress Aliza Shah, who participated in his show with actor Naveed Raza, had also undergone the Corona test but her test was also negative.

After the diagnosis of corona in actress Nida Yasir and her husband, her fans including showbiz personalities were seen worried about her health and were seen praying for her recovery. 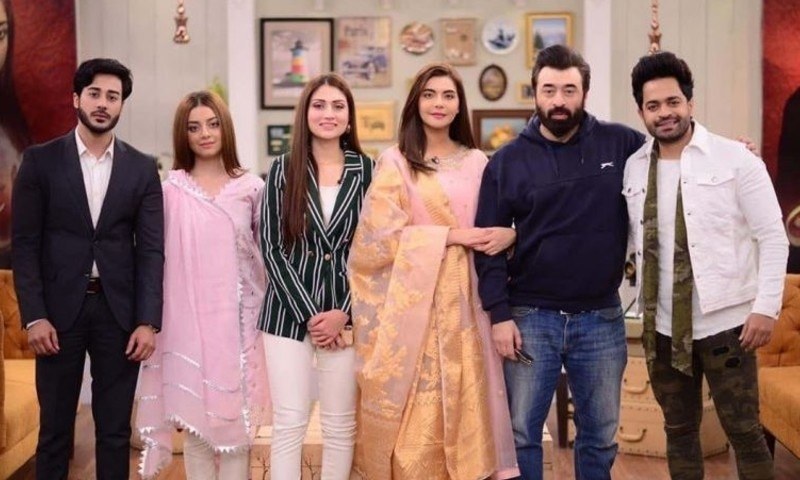 Actor Naveed Raza, who joined the actress' program, was also diagnosed with Corona
However, over the past few days, rumors have been circulating about the health of actress Nida Yasir, after which the actress became mentally disturbed and she released an explanation on social media regarding the rumors.

Nida Yasir shared her photo on Instagram and clarified that she is in good health and is at home with her family.

Reports claimed that Nida Yasir was in a worse mood than Yasir Hussain and appealed for special prayers from fans, but no authentic source was provided in such videos.

After rumors spread about her health, Nida Yasir shared her photo on Instagram, calling the news a lie and saying that all her family members, including her, are in good health and are at home.

The actress wrote that thanks to Allah and the prayers of the fans, she is fine and false news is being spread about her health.

She made it clear that she was at home and that false news about her health should not be believed.

The patient was burned to death during the operation