Farwa Kazmi, a popular Khobro model, known for her daring attire, has announced her exit from the entertainment industry.

Farwa Kazmi began modelling before 2015 and continued to be at the top of her game until 2019. She worked for a variety of companies.

Farwa Kazmi has also taken part in various promotional campaigns and has been a part of various projects. Still, she has been rarely seen in the modelling world since last year when she removed her old photos from social media and posted only hijab photos. Start sharing now.

After Farwa Kazmi removed the old photos and shared the photos only with the hijab, there were rumours that she had withdrawn from the world of modelling and fashion, but she did not state this. 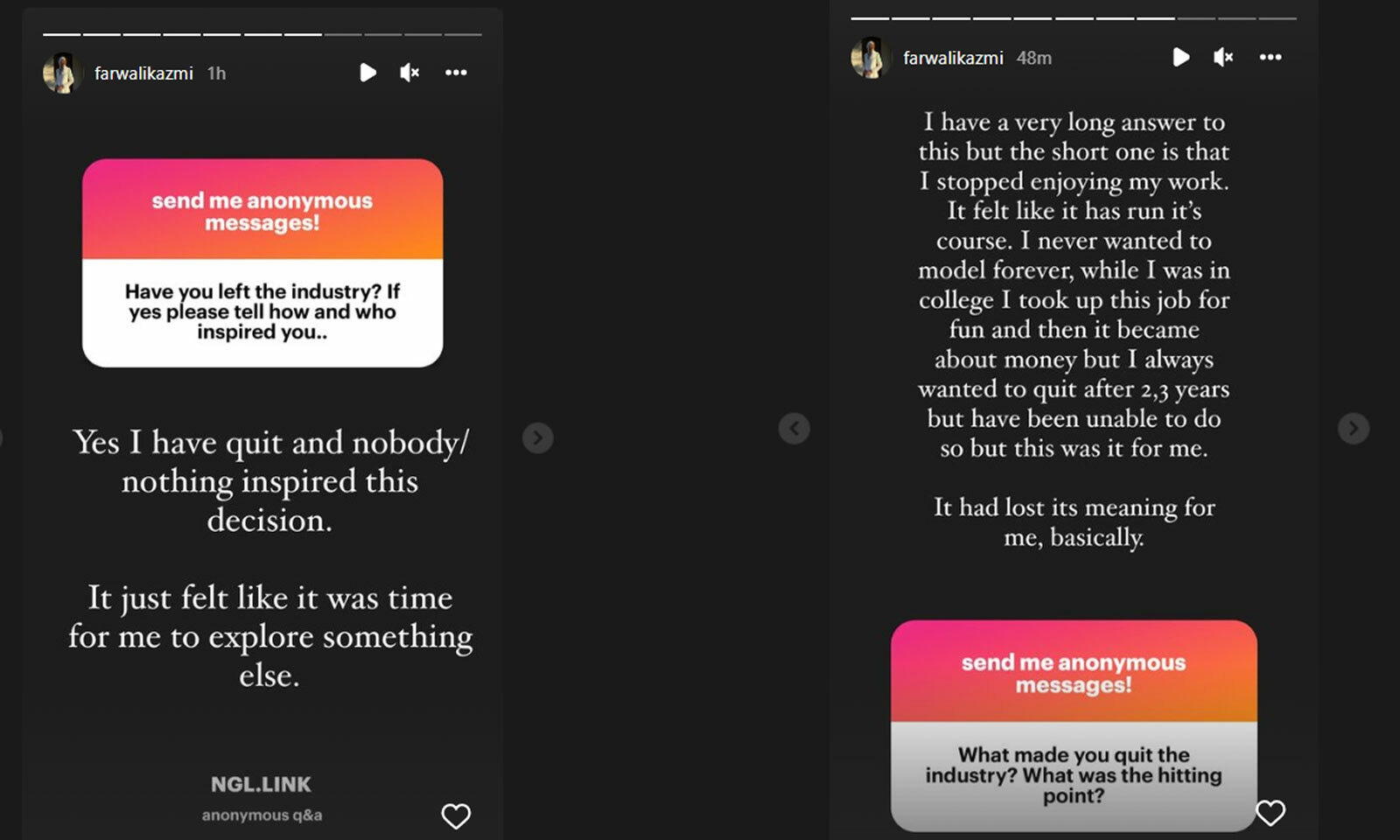 Farwa Kazmi has also been sharing photos and videos of pilgrimages to the holy sites for some time. People have suggested that he has distanced himself from showbiz because of his beliefs, but he has not responded.

But now, she has confirmed her departure from the showbiz and fashion industry, saying she voluntarily left the industry.

Recently, Farwa Kazmi, while answering the fans' questions on Instagram, confirmed that she had left the industry and did not follow anyone else's wishes but voluntarily distanced herself from fashion and modelling. 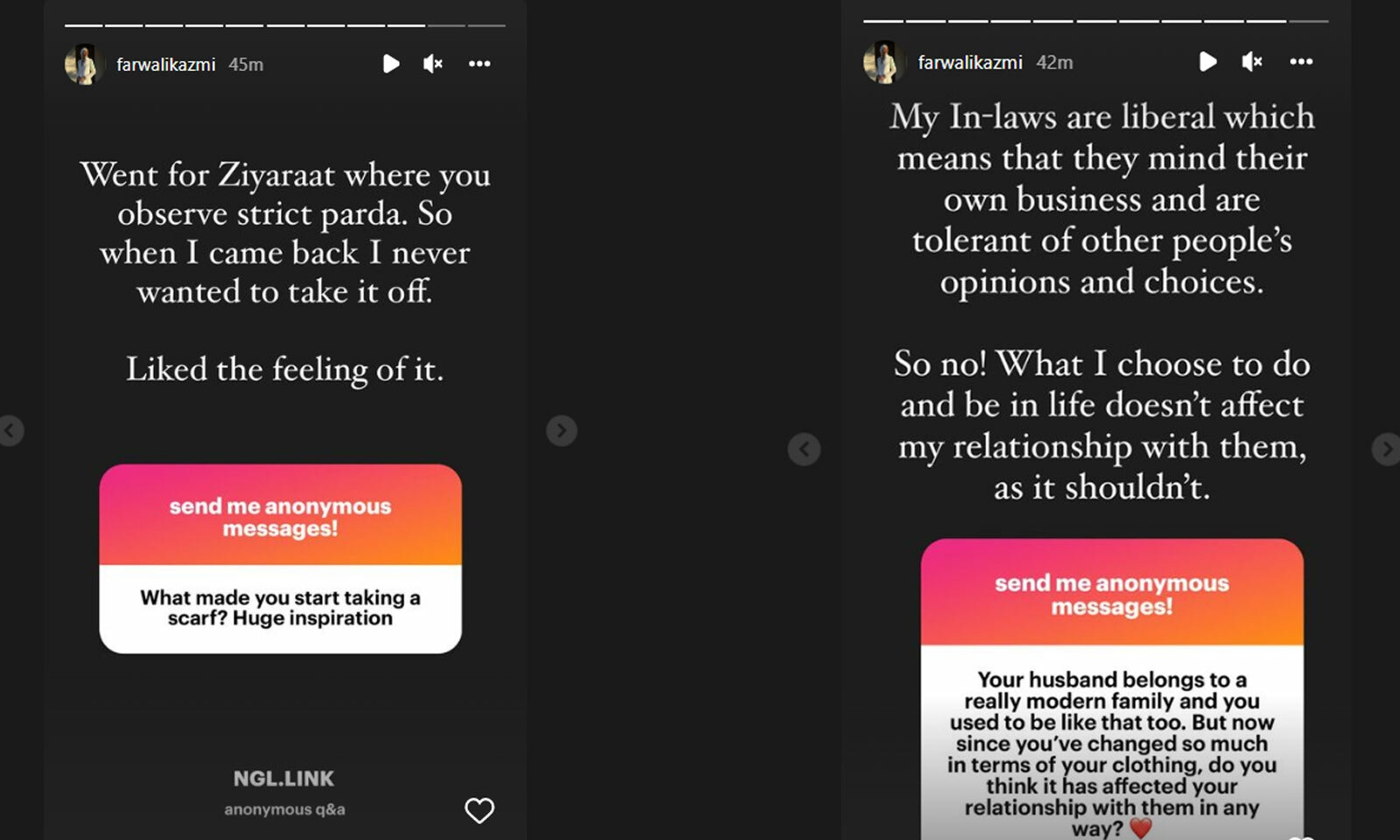 Answering a fan's question, she said she had wanted to discover a new world for a long time, so she stayed away from showbiz.

In response to another question, she said that she had a lot of answers to quitting showbiz, but the short answer is that she wanted to quit two to three years after modelling, but despite her best efforts, it did not happen.

She said that she started modelling for art in college which later became her profession, and she started earning money from it but then soon she wanted to get away from it, so now she is away from it.

In response to a question about wearing a hijab instead of bold clothes, Farwa Kazmi said that she had gone to a holy place for pilgrimage, where everyone covered their heads with politeness and respect, so she did the same. And then, when he returned from there, he didn't think it was appropriate to take off his hijab, and he started enjoying the hijab.

According to her, her in-laws had not objected to her dress before, and now they have no objection to her dress, nor will her relationship with her husband deteriorate because of her dress.

It may be recalled that Farwa Ali Kazmi was married to Mir Ali Ahmed a few years ago, and on January 1, 2021, he revealed that in 2020, he had lost a seven-month pregnancy.

She lamented the loss of her pregnancy and said that she and her husband strongly desired to have a baby.

Ayeza Khan explained the reason for her Role

Birth of a First Child to Armeena Khan