Actress Noor Bukhari, who has rejected the world of showbiz for the sake of religion, has said that God created 'man' by making him superior and the discussion on this issue is futile.

Noor Bukhari recently shared a news link to the statements made by Sadaf Kanwal and Shahrooz Sabzwari in his Instagram story, reacting to it and calling the 'man' the best. Noor Bukhari shared a link to Shahruz Sabzwari's story in the story, in which the actor said that his wife Sadaf Kanwal spoke of obeying her husband within the realm of Islam and those who opposed him were shameless. 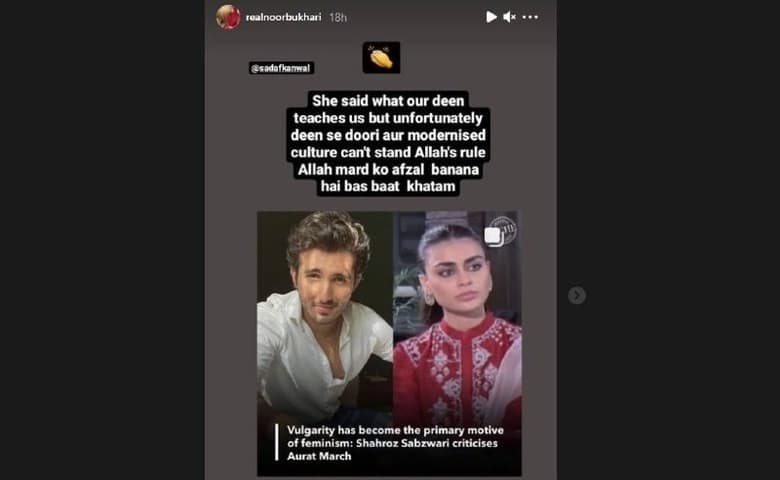 Shahrooz Sabzwari had recently sided with Sadaf Kanwal in a program after the commotion over his wife's statement and said that 90% of the women of the country are with him.

He also said that wrong slogans were chanted in the women's march in the country and freedom was demanded but he remained silent on the issue. According to Shahrooz Sabzwari, those who oppose Sadaf Kanwal's statement are against religious orders and at the same time he asked whether humiliating a woman is feminism. 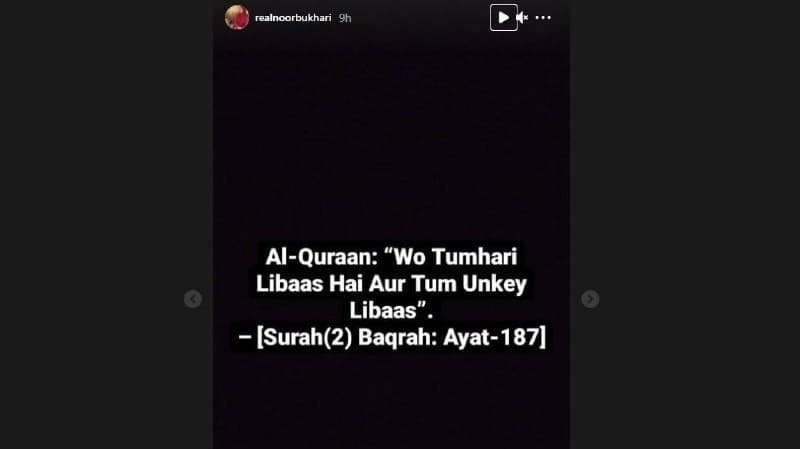 Reacting to Shahruz Sabzwari's statement, Noor Bukhari clarified that 'man' has been created by making him superior and this issue cannot be discussed. Referring to Sadaf Kanwal's statement in his story, he wrote that he only said what the teachings of Islam are but unfortunately due to distance from religion we are denying his words.

Noor Bukhari wrote that due to the distance from religion and the requirements of modernity, we are refusing to accept religious teachings, at the same time he made it clear that the issue of making 'men' superior cannot be discussed. In another story, he wrote a translation of a verse from the Holy Qur'an in which husband and wife were described as each other's clothes.

Noor Bukhari also shared a translation of a verse from the Holy Quran; screenshot
In another story, Noor Bukhari joined hands with critics and asked them to vent their anger elsewhere.

The former actress wrote to the critics that 'her will will work on her account', so she should vent her anger elsewhere. Even before Noor Bukhari, some personalities and common people had expressed their views on Sadaf Kanwal's statement and most of them had supported the actress. 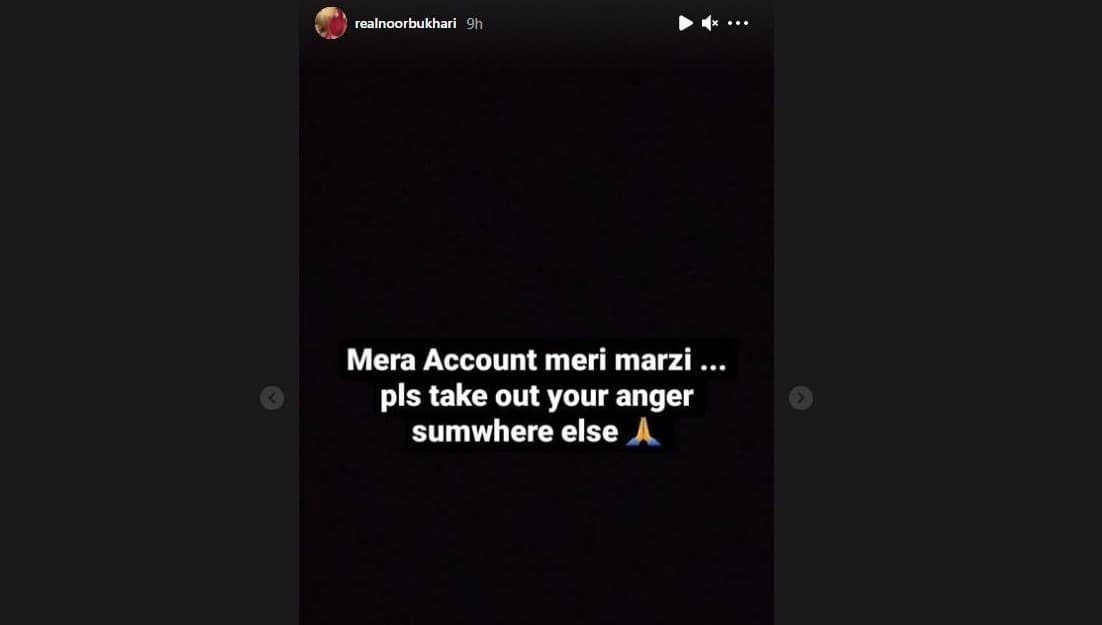 Sadaf Kanwal had said a few days ago in a program referring to the obedience of the husband that Pakistani social traditions and culture is that a woman has to get married, she has a husband and as a wife a woman also has to wear her husband's clothes. If they have to iron, they also have to lift their shoes.

Sadaf Kanwal also spoke cautiously on the issue of feminism and the women's march and said that she would not discuss the issue but wanted to say that a wife should know all the needs and things of her husband. And it is not necessary for a husband to have information about his wife's needs.

A man who lost his eyes in the terrorist attacks