Actress Hania Aamir, who has been in the news for her bold style instead of acting, social media posts, and her statements, has said that marriage is a good practice but she does not intend to start a new life at the moment.

Hania Aamir had declared herself too young to get married in April last year and said that she is not old enough to get married yet, she is still a child. She has previously been in the news for her relationship and engagement rumors, but she has never openly confessed her love for anyone. 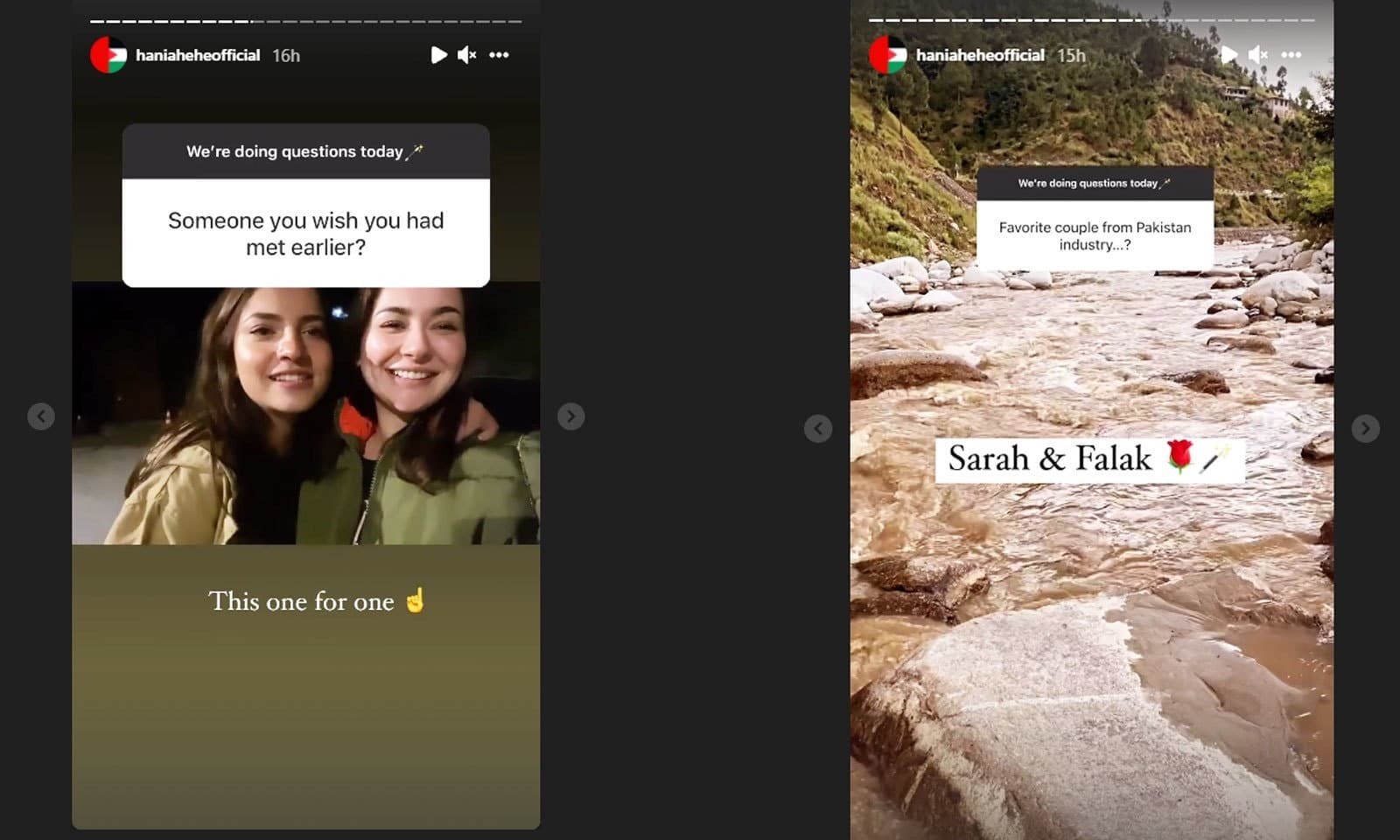 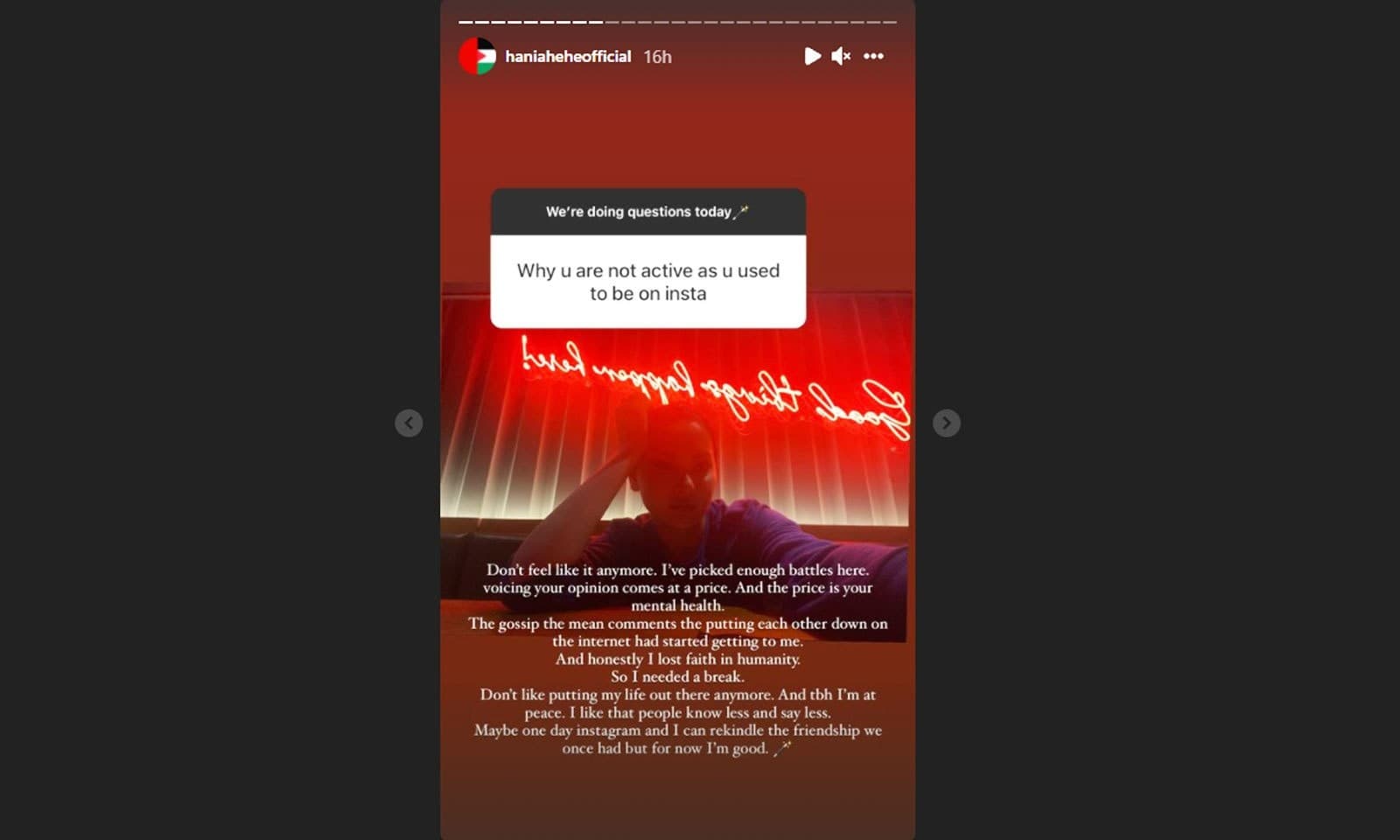 In response to a question, he said that he wanted to meet 'Power Girl' Dananir Mobin first but it did not happen, he also shared a short video with Power Girl. The two became friends when Dananir Mubeen's short video 'Power is happening' went viral and both became the brand ambassadors of Pakistan Super League (PSL) team Peshawar Zalmi.

In response to a question, the actress said that she is currently shooting for two dramas while she has a strong desire to get a role in a comedy drama. Hania replied to a fan of Hania Aamir that she is proud of all her friends because all her friends are intelligent, beautiful, and always happy women. 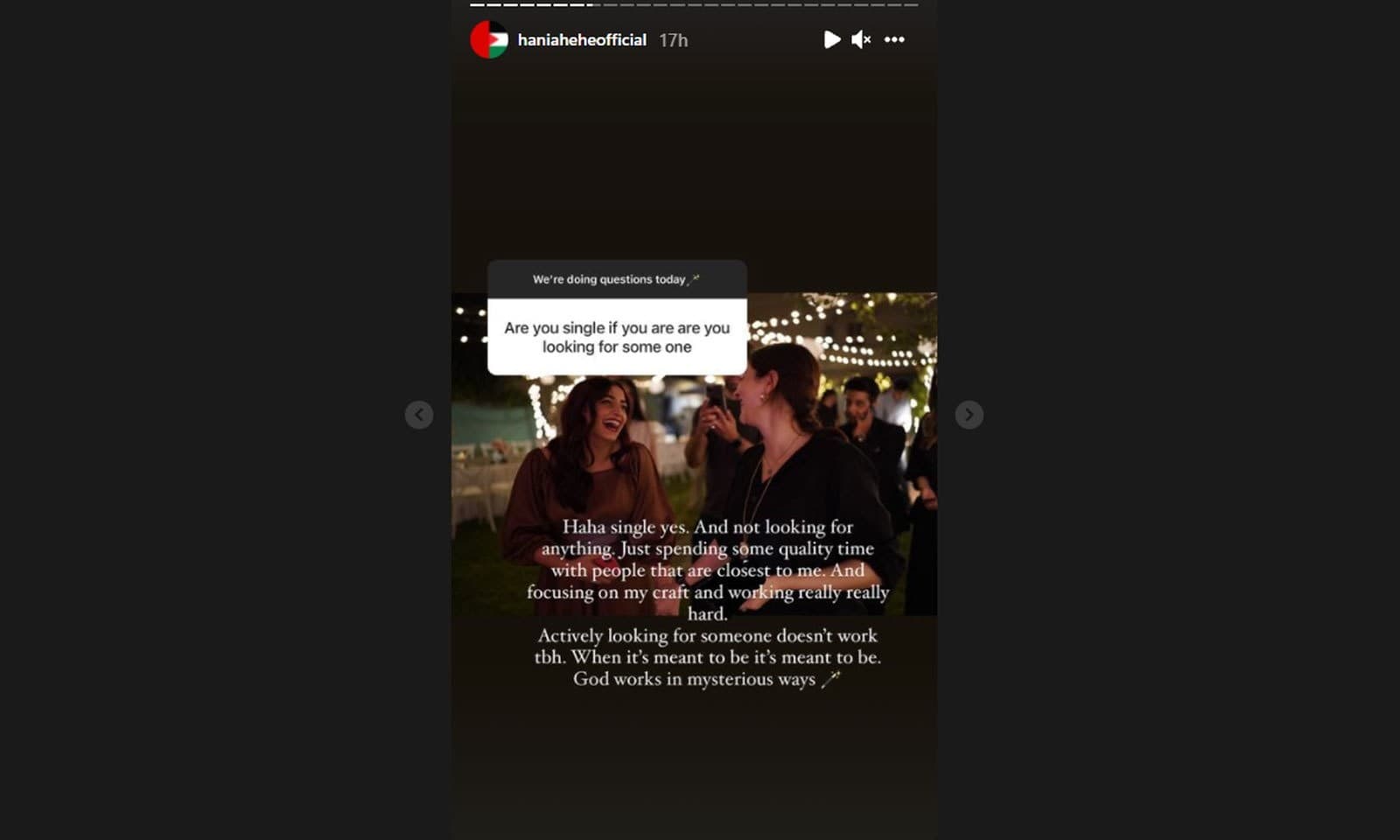 A fan also asked her about her viral idiom, to which she replied that her viral idiom means "any girl has good friends". A fan asked Haniya Aamir if she was living alone at the moment or if she was looking for someone to love. To which the actress replied, "Absolutely she is living alone and she is not looking for anyone, she just wants to have a good time with her best friends."

The actress further clarified that she is focusing on her career and is also working hard these days. In the same reply, Hania Aamir wrote that sometimes the process of finding someone on a priority basis does not work, because the entity running such affairs runs its projects. A fan asked her when she was getting married. To which the actress replied that she thinks marriage is a good practice but she does not intend to get married at the moment. 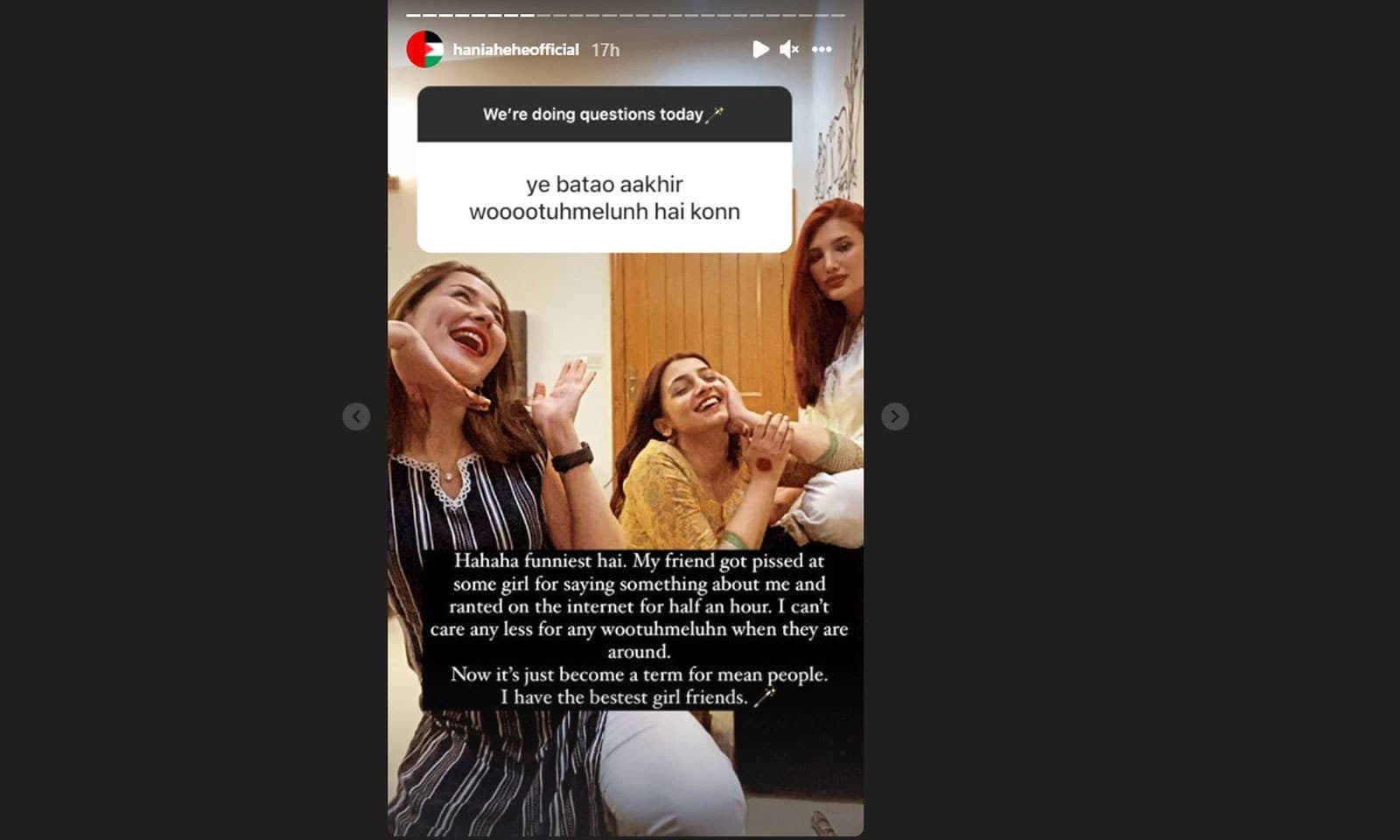 It is to be noted that in the past, Hania Aamir's name has been associated with singer Asim Azhar and there have been reports of differences between them. Both of them have been calling each other best friends on social media He has also been criticizing. 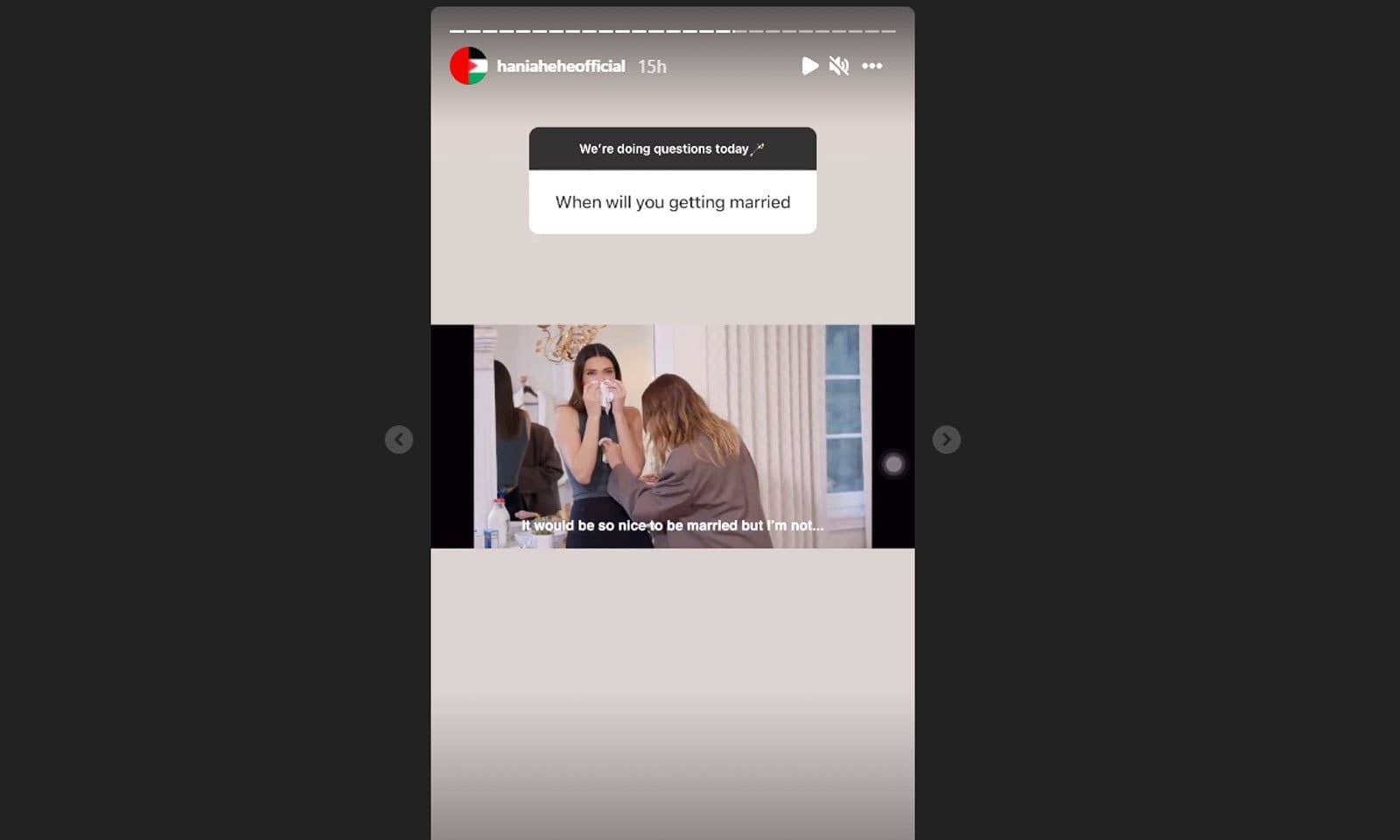 Rumors of their engagement have been circulating on social media in the past regarding their relationship, but so far the two have not openly confessed their love or differences to each other in front of the media. Apart from working together on a few songs, the two have also appeared together in fashion shows.