Actress Mariyam Nafees, who has made outstanding performances in dramas such as 'Diar E Dil', 'Ishq Zahe Naseeb', Haya Ke Daaman Main and Kuch na kaho, screened her messages for the harassed person. Share the shot on social media.

Mariyam Nafees shared social media messages posted on the WhatsApp by a harasser on the occasion of World Women's Day.

Mariyam Nafees shared on Instagram that she wrote, "She is an actress, not a prostitute."

The actress shared an Instagram post, sharing a screenshot of a man offering money for a meeting, explaining how a person's messages were harassing her mentally. 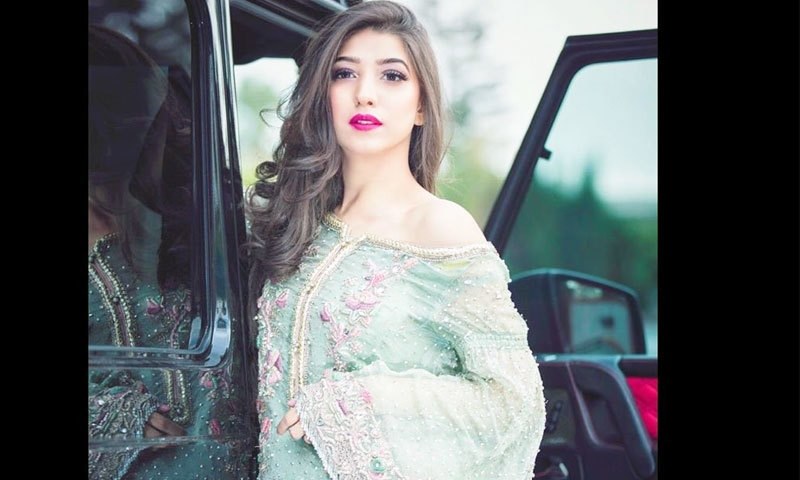 The actress wrote that she was experiencing mental stress due to inappropriate messages - Photo: Instagram
Sharing a screenshot, Mariyam Nafees wrote that "offering money for a meeting with an unknown person is affecting their mental health and they are unable to understand why such persons with mental illness do so." It seems that this is their job. '

The actress wrote that she tried to refrain from responding to such inappropriate messages but had no choice but to share screenshots of those messages.

The actress made it clear in the caption that she is an actress, not a prostitute.

The screenshot shared by the actress can be read clearly by the message sent by the person.

Although the message sent in English did not explicitly say anything immoral, the messages offered money to the actress.

The man who sent the message told the actress, including his introduction, that he belonged to the Punjab capital, Lahore, and that he was ready to settle the matter with her if he gave her the manager's number.

In the screenshot, it can be read that the person who sent the message told the actress that she did not know them, but as an actress, she knew them and wanted to meet them.

The man from Lahore sent a message to the actress saying that he wants to spend a few hours with her and she is willing to give the actress a lousy amount in return.

The person who sent the message told the actress that she was ready to meet him anywhere, anywhere, even in another country and in return she could give the actress up to Rs 2.5 lakh. 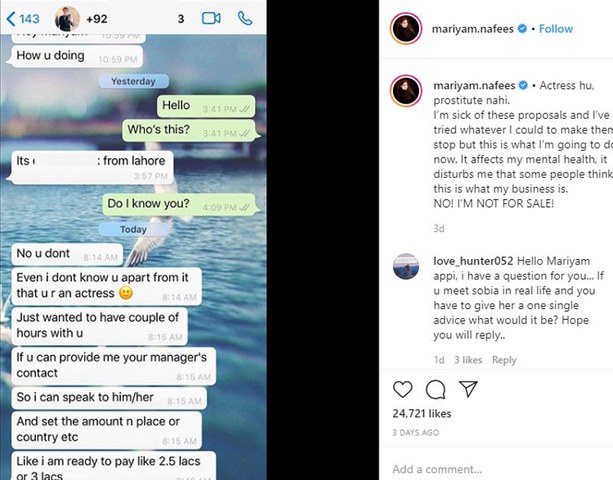 Though there was no immoral talk or demand in the messages, the actress expressed her displeasure at meeting the unknown person and offered money instead and the screenshot of the messages. Sharing message to the offeror that 'she is an actress, not a prostitute '.

When the screenshot was shared by the actress, many commented on her post and condemned the sender's actions, and some advised the actress to ignore such messages. That as an actress people will want to meet her and in return, she will offer money. 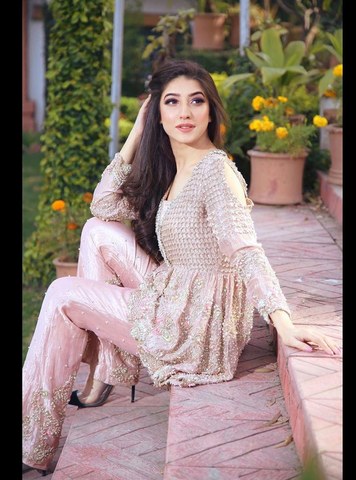 The actress made it clear to the sender that she is the only actress - Photo: Instagram

How to cook Green Beans

Related Posts
World Box Office dominated by the movie 1917
South Korea's only female anchor to challenge male society
Prince William and Princess Kate had a day with the Kalash People
What do you think of nepotism in your industry? Iffat Omar
Canadian Vlogger Rosie Gabriel will perform Hajj next year
Umair Jaswal and Sana Javed Tied the Knot
Pirates of the Caribbean Announced to Play by Female Lead
My life changed after performing with Abida Parveen