Mansha Pasha Became 'ill', an Appeal for Prayers for Recovery

Actress Mansha Pasha has said that she has been ill for the last 10 days and at the same time she appealed to the fans to pray for her speedy and complete recovery. 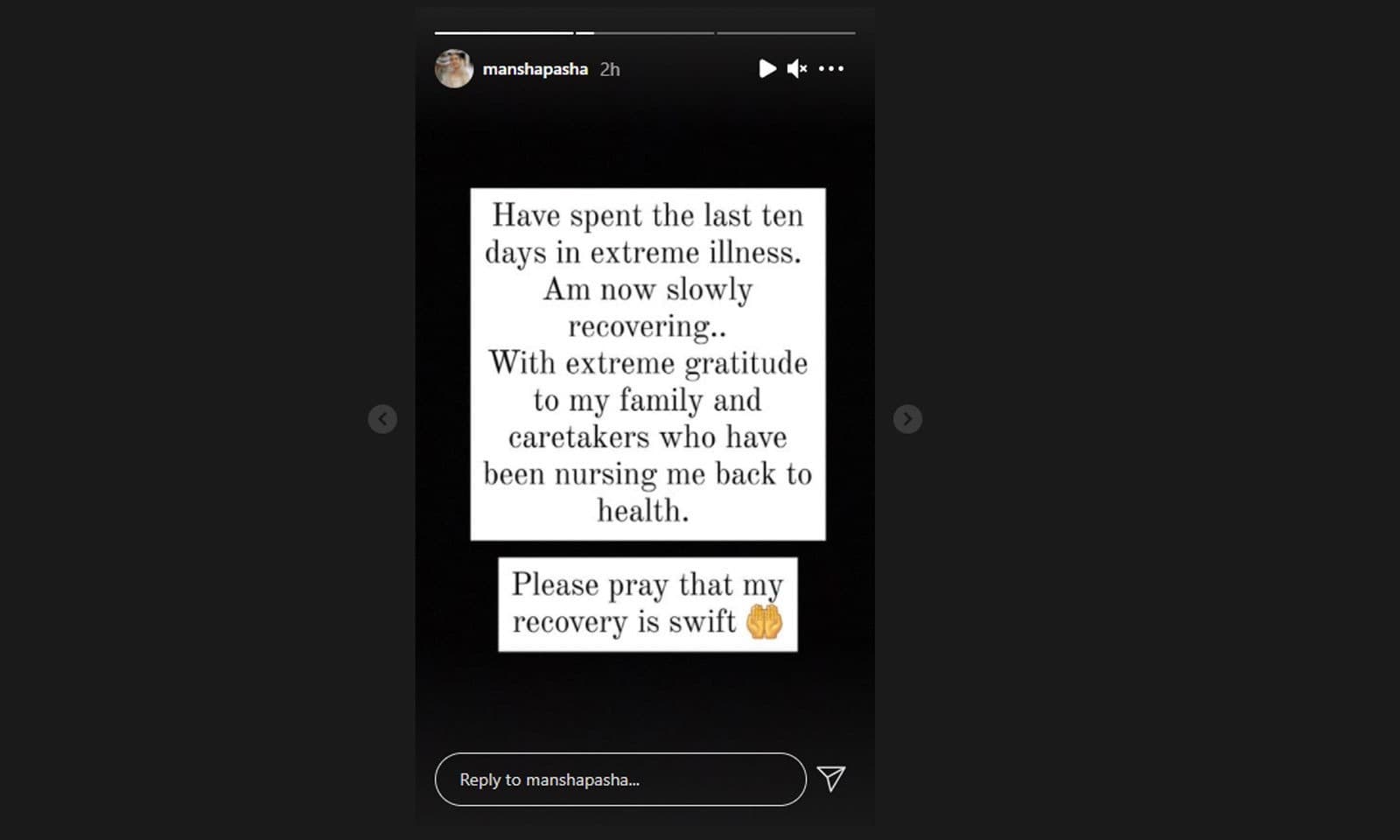 Although the actress confirmed her 'illness' in her Instagram story, she did not explain what illness or problem she is suffering from. According to Mansha Pasha, she has been in pain for several days, but now she is slowly recovering, but she is still not fully recovered. He thanked all those who took care of him during his illness, including his family and medical staff.

The actress also did not specify whether she is at home or in the hospital. She did not use the hashtag of any disease in her post. Her fans were upset when the actress reported her illness and prayed for her speedy recovery. If you look at Mansha Pasha's Instagram, he shared the last photo on it on September 12 this month, 10 days ago. Two days before that, he also shared his photo in a red dress.

Mansha Pasha is active on social media and keeps her fans informed about her engagements from time to time. The actress' husband, social leader Muhammad Jibran Nasir, also did not post anything about his wife's illness. The actress and Gibran Nasir were simply married in April this year and have been in a relationship for a few years.

How to Share Ufone Balance? | How to Check Ufone Sim Number?

Related Posts
Singer Komal Rizvi became a chef on YouTube
Tom Hanks, who is recovering from Corona, will donate blood and plasma
Ahmed Goodell, the Host of the Opening Ceremony of PSL 5, Got Married
The Canadian Vlogger who saw Pakistan on a motorcycle and converted to Islam
The Singer of Apne Ullo Kitne Tedhe Wassu's Condition is Not Well
Another statement by Khalil-ur-Rehman Qamar on women goes viral on social media
Game of Thrones actor suffer from the Corona virus
Khalil-ur-Rehman Qamar announced the making sequel of Mere Pas Tum Ho