Actress Mahira Khan is currently busy promoting her upcoming action romantic film 'Quaid-e-Azam Zinda Bad', which was recently announced to be released on Eid-ul-Adha while releasing a trailer.

In connection with the promotion of the same film, Mahira Khan recently did a photoshoot and when she shared the photos of the said photoshoot on Instagram, her fans became obsessed with her.

On a photo of the photoshoot shared by the actress, a fan asked the actress for a relationship, to which the actress also gave him a scathing reply.

A fan commented on the actress' picture and asked her to either accept him or reject him, so that he would not leave his life behind and move on. 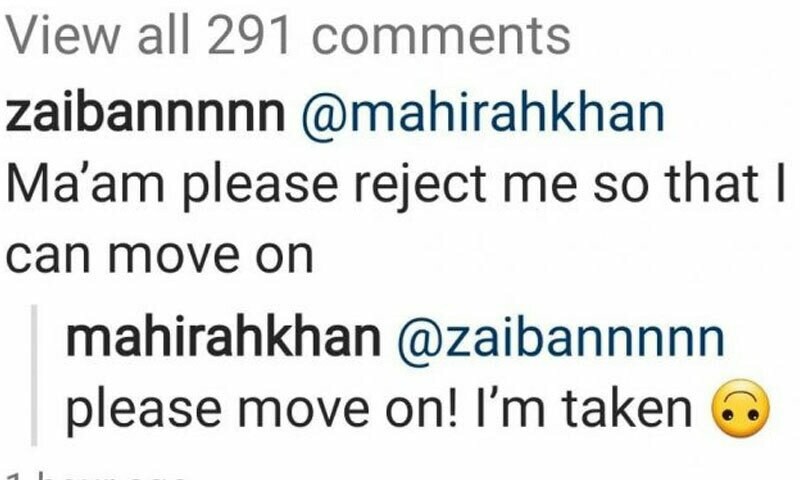 In response to the admirer, Mahira Khan also gave him the same answer and advised him not to stay in his shelter and move on with life, because she has already chosen someone else for herself.

The actress's response went viral and as soon as she saw it, Mahira Khan came into the top trend on Twitter on June 14 and then people shared other photos and videos of her on her trend.

It may be recalled that Mahira Khan had admitted in an interview to renowned fashion designer Hassan Shehryar Yaseen (HSY) on Instagram in June 2020 that she has a relationship with Saleem Karim, with whom she intends to marry soon.

In July last year, it was reported that Mahira Khan had quietly married Saleem Karim, however, the actress later denied such reports.

Mahira Khan had earlier married Ali Askari in 2007, with whom she also has a son, Azlan. 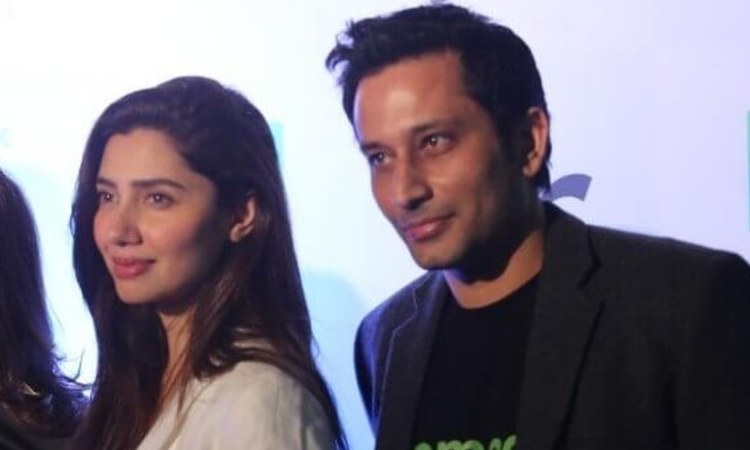 Mahira Khan's first marriage ended in divorce in 2015 after almost 8 years and since 2019 there have been repeated rumours about her second marriage and their relationship, after which in June 2020 she admitted that she has a relationship with Saleem Karim but he has not got married yet.

How to Create Or Add a Signature to a Gmail Account?

India: Female sells her hair for Rs 150 for children's food