Mahira Khan is regarded as one of the most successful actresses of Pakistan, whose career as well as her personal life has been exposed in the news media.

The actress's name has been associated with many people, while there have been reports that many times, Mahira Khan has secretly engaged, but the actress has always declared these stories unfounded.

That is why the fans have always been keen to know with whom Mahira Khan will finally decide to live with.

And now the actress revealed in an interview that she really fell in love.

Actress Samina Pirzada is doing her show Rewind with Samina at home during a lockdown caused by the virus, where she interviews other people from showbiz online.

During the interview, Samina Pirzada asked Mahira Khan if she loves anyone.

In response to which the actress shook her head with a laugh.

In the meantime, Mahira Khan said that she felt that she had fallen in love with someone but could not speak so easily because she was so shy.

Samina Pirzada also greeted Mahira Khan in the meantime and asked if she knew this person.

To which Mahira Khan said, "You may know him but he is not from the showbiz industry."

When Samina Pirzada asked Mahira Khan if she would like to be named, the actress said that she did not want to be named because it was an idea she wanted to protect.

Mahira Khan was married to Ali Aksari in 2007 and has a son Azlan.

Their first marriage was not successful, and in 2015 the couple divorced.

A few years ago, it was reported that Mahira Khan engaged a longtime business friend in Turkey, but later the actress lied and told that they did not engage, but she was gone at the marriage of her friend in turkey.

The actress's name was also linked to Bollywood actor Ranbir Kapoor but she did not release any statement in this regard. 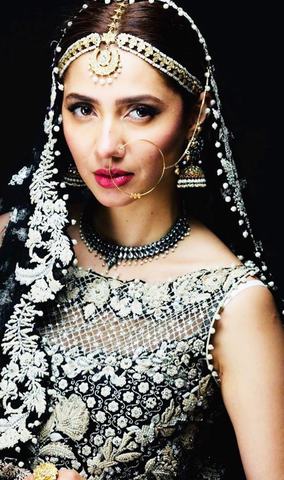 Related Posts
Humayun Saeed made fun of the Adnan Siddiqui on instagram
Online weddings allowed in New York as well due to coronavirus
Hadiqa Kiani Pays Homage to Kashmiri Martyrs With Turkish Singers
Justin Bieber and wife Hailey Baldwin made themselves quarantined
With which movie is Meghan Markle returning to Hollywood?
Game of Thrones actor suffer from the Corona virus
Is it possible to read emotion from the face?
'Stop Stereotypes' Saba Qamar's Video Made on Wedding Become Popular