Actress Madiha Rizvi, who has been married successfully for the last 8 years and is a mother of two, has revealed that she had planned to run away after her marriage on her wedding night. Madiha Rizvi was married to co-star Hassan Noman in 2014 and they have two children. The actress spoke openly for the first time in her married life in a recent interview with Future Magazine and surprised the fans by making several revelations. Talking about her career, the actress said that when she played the role of mother of Imran Ashraf and Hammad Farooqui in her youth, she was offered similar roles.

According to her, after playing the role of an older woman in 'Aangan', she was offered the role of mother for a year and a half and she kept forbidding every director from working. Talking about marital life, Madiha Rizvi admitted that before marriage she and Hassan Noman remained best friends for 11 years, and their families used to visit each other's houses. According to the actress, Hassan Noman had offered her marriage to him a few years after they became friends, but he refused to marry her. She said she told Hassan Noman that she was his best friend and that her feelings were not like that when she was with him, so she could not marry him. 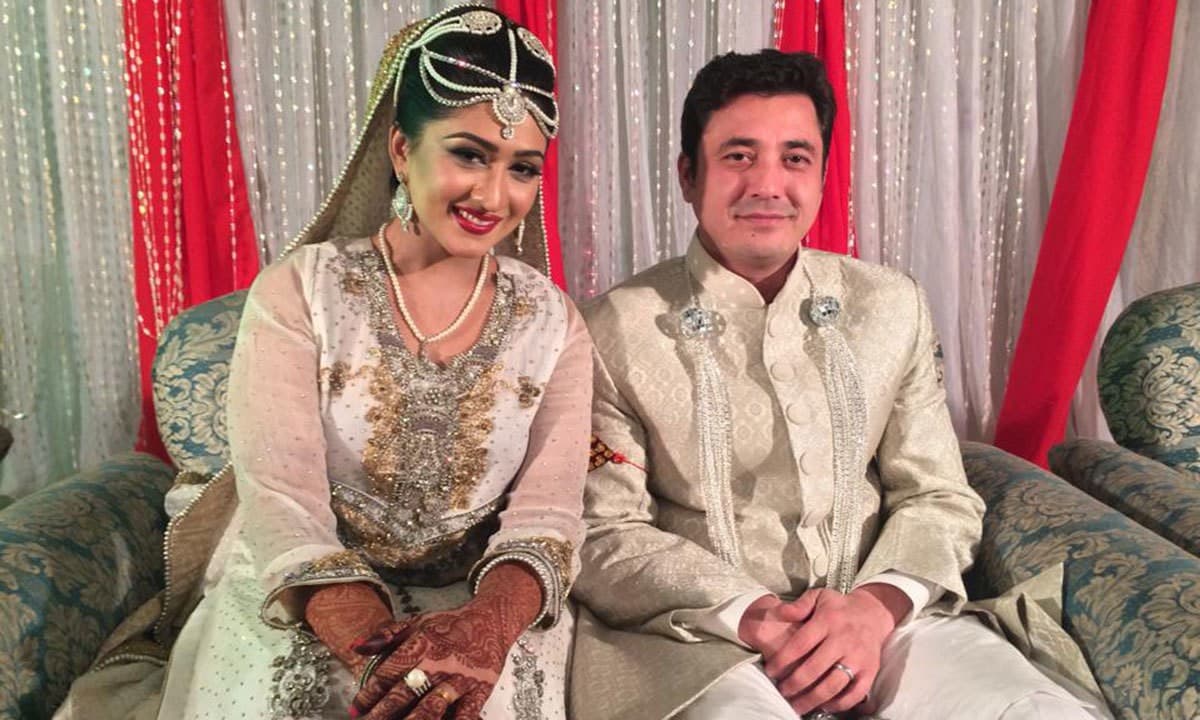 Madiha Rizvi said that Hassan Noman used to come to her every Valentine's Day before marriage and give her presents, express love to her, and then offer marriage but she always refused. She said that since she considered Hassan Noman as her friend, she did not think differently about him. Madiha Rizvi also said that society or people wrongly say that a boy can never be a friend of a girl while the fact is that both can only be friends.

Madiha Rizvi said that but the night they were getting married, she still felt that maybe she was doing something wrong, so she had planned to run away from there after the marriage. According to him, he had even instructed his friends to put a ladder next to the window outside the room, but then suddenly Hassan Noman came into his room and his escape plan was also postponed. Madiha Rizvi said that after marriage they fell in love more and now they have two children and they are living a prosperous life.

Related Posts
Ayeza Khan Has Reached the Same Number of Insta Followers as Aiman Khan
Signing the 'Ehd-e-Wafa' it looked like the axe on my foot, Zara Noor Abbas
Akbar, Mohammad Shah Rangila and fond of music
Pleased to meet Mahira Khan, Secretary General of the United Nations
Order to arrest the rapper for making a 'Mecca Girl' video
Is there a separation between Kim Kardashian and Kanye West?
Ziara Waseem's response to Babita Phogat's comparison
Ayman Saleem Explained the Reason for His Withdrawal From Acting