Pakistani actress Nimra Khan married and started a new journey in her life.

The actress married April 19 at a private ceremony at her home, where only her family and close friends were present.

Nimra Khan announced her marriage by sharing a beautiful photo on Instagram.

Sharing a photo with her husband, Nimra wrote, "Praise be to Allah, I am married. I only need your prayers."

She also wrote that she loves her parents, sisters, and in-laws immensely.

Nimra Khan revealed that her husband is a police officer in London, and she was married according to the parent's wishes.

The actress added, "I will move to London but will continue to work, so my husband wants this too".

Referring to the marriage ceremony, she said, "Just a small ceremony was held in the house but after the lockdown, a big event will be held which will invite family and friends." 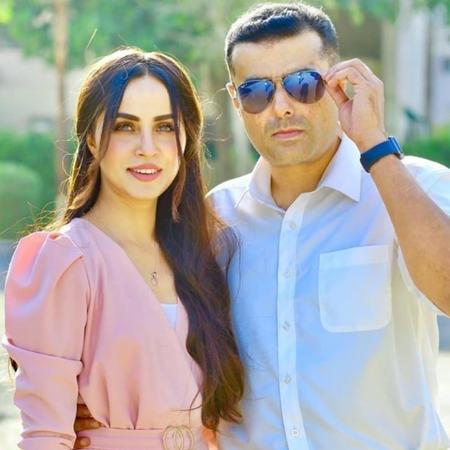 Looking at Nimra Khan's career, the actress started acting in 2013 with the play 'Chubhan'.

She played the lead role in the PTV drama Khawab Tabeer' which was released in 2014.

Related Posts
Children Refuse to go to the picnic, parents took the Wi-Fi router with them
Shilpa Shetty revealed that she was jealous of her sister during childhood
Raj Kumar Rao's Wedding Celebrations Begin, Indian Media
Upon returning from Thailand, how did Sanam Saeed being treated in Pakistan?
Microsoft CEO criticize Indian controversial citizenship law
Saba Qamar and Iman Suleiman Also Part of the Indian Website Series?
Madonna and Miley Cyrus have cancelled their music concerts Due to Coronavirus
Muneeb Butt's explanation on the statement that 'wife should be afraid of her husband's second marriage'