Renowned Bollywood actress Sonali Bendre had revealed in 2018 that she was suffering from dangerous cancer after which she had moved to the United States for treatment.

Sonali returned to India in December of the same year after recovering from cancer.

Talking to Indian media in this regard, the actress said that people around the world seem to be very much affected by the lockdown caused by the coronavirus, but it does not make much difference to them because even during her illness, she used to spend all my time at home.

According to Spot Boy, Sonali Bandre said that she did not feel any difference from the lockdown, but she still misses her family and friends, who used to visit her before the outbreak of Corona.

Sonali Bandre added: "I'm much better now, the lockdown doesn't make much difference to me because even during my illness I was in a way quarantined, just what I felt was a lot. The fact is that family and friends used to come to see me during this time.

The actress also said that she has to take even more care of herself due to the coronavirus, as her immune system was also affected after she was diagnosed with cancer.

She eats a lot of fruits and vegetables every day to stay healthy.

It may be recalled that Sonali Bandre had revealed through her social media post on July 4, 2018, that she had affected high-grade cancer.

Sonali Bendre had also cut her hair for treatment and while cutting her hair, she was seen crying. 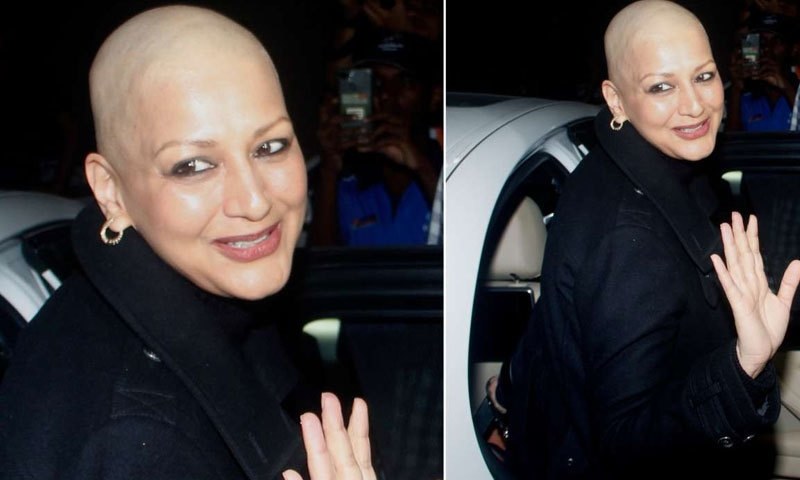 Sonali Bendre also had her hair cut for treatment
After recovering, Sonali's husband Goldie Behl told the media that Sonali Bandre underwent chemotherapy for treatment and now she does not need any further treatment but she will continue to undergo check-ups as a precautionary measure.

It may be recalled that 27,892 cases of coronavirus have been confirmed in India so far while 872 people have died from the virus.

Lockdown has been going on in India for five weeks in view of the global threat of coronavirus.

All industries and transport, including construction activities, have been shut down across the country since India announced a nationwide lockdown on March 25.