Lahore Family Court has issued a divorce degree to famous Pakistani singers Sanam Marvi and Hamid Khan, with which their marital journey ends.

Sanam Marvi, meanwhile, said that he no longer wants to be with Hamid Khan because he tortures and abuses him.

After hearing the statements, the court issued the divorce's degree.

Sanam Marvi, on February 7 this year, filed a petition with her husband Hamid Khan in the Family Court of Lahore through her lawyer Advocate Hamid Maqbool.

The singer alleged in her plea that husbands use bad language against them, including torture, and she was tired of tolerating her husband's behaviour. 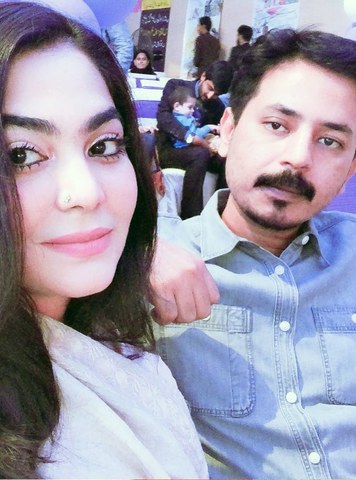 Sanam Marvi married Hamid after 2010 - Photo: Instagram
The petition filed by Sanam Marvi stated that the couple were married in full Islamic tradition and the couple also have 3 children, causing the singer to tolerate her husband's violence.

Hamid Khan later dismissed all allegations made by his wife in a seven-page response to the court.

Hamid Khan said that he has never abused nor abused Sanam Marvi.

In his response, he said he regularly spends on spouses and children.

Hamid Khan requested the court to dismiss his wife's plea.

It is believed that this was the second marriage of Sanam Marvi, her first husband Aftab Ahmed was murdered in 2009 in the Sindh capital Karachi.

Her first husband was killed at a time when she was expecting a baby.

Sanam Marvi married the first at just 18 years of age, and a few years after the first husband was killed, she married the second, Hamid, who is also her cousin.

Sanam Marvi got the most fame from Coke Studio Season 4, after which he made a name for himself in live performances including TV and Radio.

Trust has been created to oversee the construction of the temple in place of Babri Masjid, Modi

Related Posts
An epidemic like Corona was also predicted in the Indian show 'CID'?
Ziara Waseem's response to Babita Phogat's comparison
If Salma Zafar Was Not Get Paid Then Why Did She Work With Us for 7 Years?
The film industry was not getting the attention it deserved
Miss England 2019 Bhasha Mukherjee joins the Hospital to work for Corona patients
Pamela Anderson's fifth marriage also ends in divorce after 12 days of marriage
Shahrooz and Sadaf Together in a Telefilm After Marriage
There Are Also Stepmothers and Siblings, Ayesha Omar Revealed